Home COMICS Is the Deadpool Movie a Threat to Mankind?? 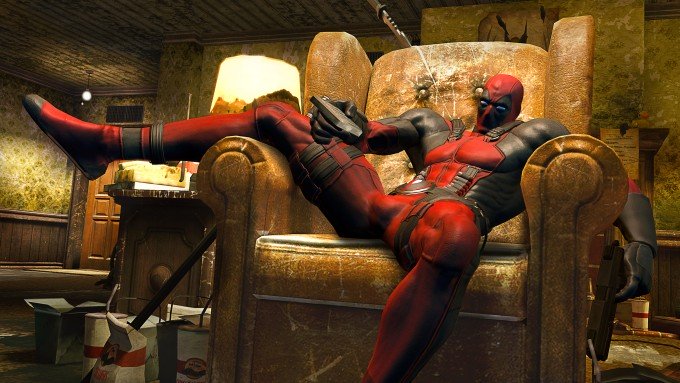 Aside from the succession of swearing, sexual innuendos, grotesque violence, and surreal nature of Deadpool himself, earning the film a well-deserved R-rating, the upcoming Deadpool movie may very well be the most dangerous movie of all time, and…THE GREATEST THREAT TO THE EXISTENCE OF ALL MANKIND!! In order to understand this threat, one must look back on the year of the supposed apocalypse, 2012.

In August of 2012, Marvel Comics launched a four-part comic series titled Deadpool Kills the Marvel Universe. Unknowingly, the writer of the series, Cullen Bunn, created the most lethal, merciless story in Marvel’s history, shown through Dalibor Talajic’s art. The series begins with Deadpool being taken by the X-Men to a mental institution for a little psychiatric help, but unbeknownst to the X-Men the institution is being run by the poorly yet appropriately named villain, Psycho-Man. In an effort to create an army of super villains, Psycho-Man taps into Deadpool’s mind to make him a submissive slave. Failing miserably, Psycho-Man frees Deadpool from the comical voices in his head, leaving a single malevolent voice.

Without the constant distraction from the other voices in his head, Deadpool sees clearly for the first time and goes out to play by his own rules. What follows is a massacre of heroes, from web-slingers to mutants, and various villains, from Doom to the Green Goblin. Not even Earth’s mightiest, the Avengers, can defeat him. Unchallenged and unstoppable, Deadpool completes the task given to him by the only voice in his head: he kills every hero and villain in the Marvel Universe.

But the story does not end there. With a little help from Dr. Strange’s library, Deadpool finds and marks a page titled, “The Nexus of All Realities.” Using the page as his guide, Deadpool is able to access a portal in Man-Thing’s corpse and makes his way through the fabric of reality binding the multiverse. Disappointed he couldn’t simply stab all of creation in the heart, Deadpool decides to go for the next best thing. On the final page, the reader sees a writer’s room, and they are discussing how to end the Deadpool Kills the Marvel Universe series. Deadpool turns to the reader and warns them, “Don’t worry. I’ll be done with these jokers and this universe before you know it. I’ll find you soon enough.”

There you have it! He admitted it; he’s coming for us! By making a movie about him, we’re allowing him access to our universe, blurring the line between comics, movies and reality. I realize I may be signing my own death certificate by warning you, but it’s what I must do. We’re safe for now, but unless we can stop the Deadpool Movie…he’s coming for us, for each and every one of us.

We have until the release date, February 12th, to effectively arm ourselves, but just in case we fail, go to SuperHeroStuff.com to pick up some Deadpool swag; he might not kill a fan.