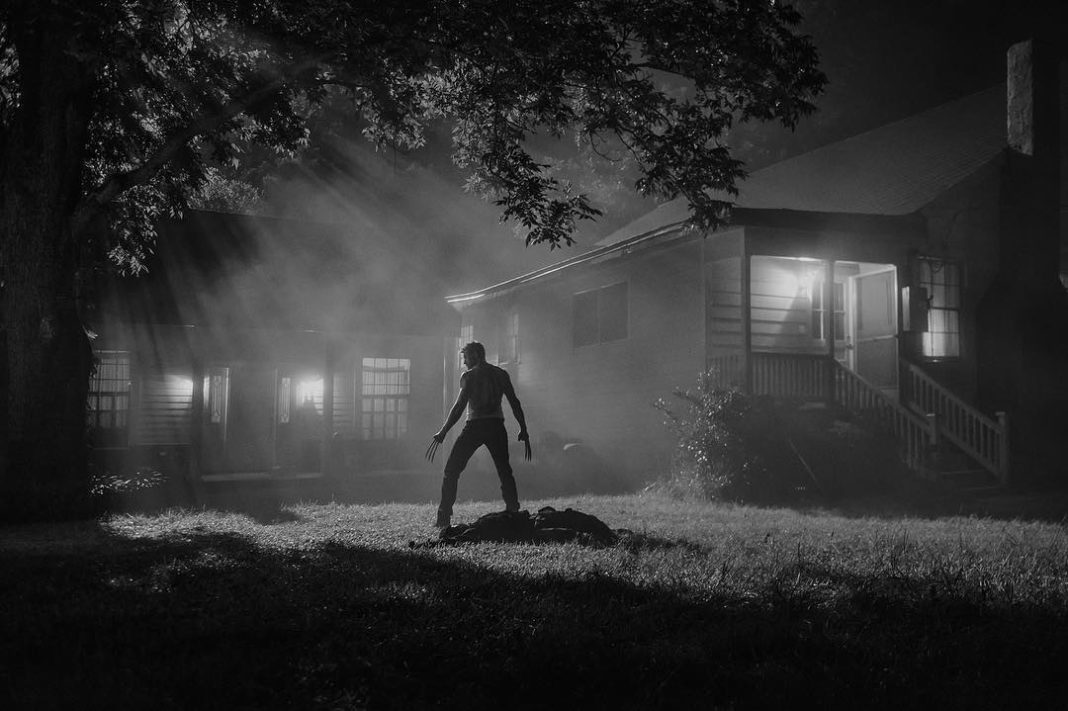 The countdown to Hugh Jackman’s final* Wolverine performance has begun: TICK, TICK, mother-f****** TICK! With LOGAN debuting in less than two months, we’re going to see Director James Mangold’s dire, depressing, noir-drenched, hyper-violent take on the feral, mostly-past-his-prime mutant. And folks, things are bad. Things are gone. Things are…ending. With the succession of shared black and white images, and a few in color, the world of LOGAN presents as an emotionally and physically taxing locale. The following, recently released plot synopsis for LOGAN further describes the encumbering misery.

In the near future, a weary Logan cares for an ailing Professor X in a hide out on the Mexican border.

But Logan’s attempts to hide from the world and his legacy are up-ended when a young mutant arrives, being pursued by dark forces.

Wait a second. “Up-ended” doesn’t need a hyphen. What the hell is up with the folks handling copy over at FOX?

Anyway, regardless of a liberal application of unnecessary hyphens, I’m more excited than ever to see this film. Honestly, I can’t wait.

What’s your current level of excitement for LOGAN?(*Reynold really, REALLY wants a Deadpool/Wolverine movie. Can he convince Jackman to set aside the supercilious retirement talk and pop the claws a final, final time!??)