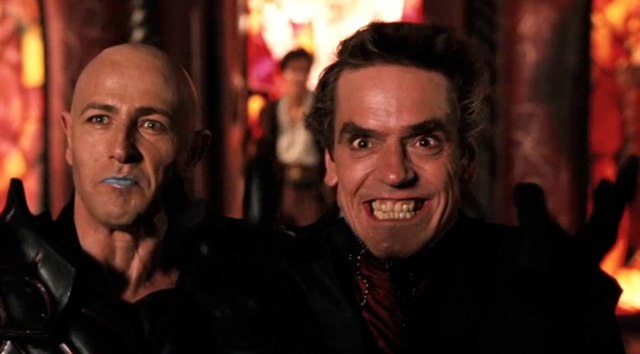 “He [Ben Affleck] is extraordinary, quite extraordinary, and Zack Snyder, the director, fantastic vision. I think the public will have a great treat in store,” Jeremy Irons (who plays Alfred) said. Irons then finished off by saying that “I suspect so,” when referring to whether or not viewers will see it more than once. Well, if Jeremy Irons says we are going to love it then he must be right! Just look at how intense he is! I wonder if Irons would like something from here…at least we won’t make him do some algebra problem involving jugs of water in order to get something! Wait, does that mean we might see Bruce Willis? Now that will be a cross-over that would be worth seeing. Die Hard with Night-Based Vengeance.