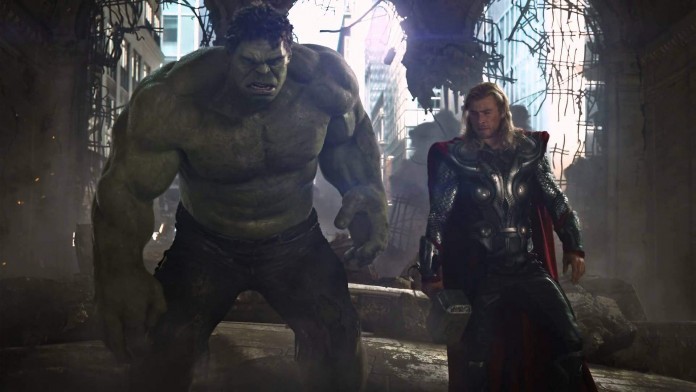 So everybody always wondered when the next time we would see Mark Ruffalo’s Incredible Hulk return to the Silver Screen. Sure, he had a bit of a thing going on with Black Widow but he kind of decided to fly off into the sunset at the end of Age of Ultron. Besides the legal issues on who gets to make a solo Hulk movie, it has been confirmed that the Hulk will indeed share the screen with Thor! I guess that jet had enough fuel to make it to Asgard, eh?

Speaking with New York Daily News, Ruffalo said, “I don’t really know that much about it, but I think it’s going to be a buddy picture with Thor and Bruce Banner. I think they’ll probably fight. There’s no doubt, everyone wants us to fight at one point. I know that it’s about (the Norse legends of) ‘Ragnarok,’ or the end times in the Marvel universe as it pertains to Thor — which seems to be quite the theme these days in movies.”

Finishing off his thought, Mark Ruffalo then said, “There are thousands of different characters that are part of this imaginary world and the Hulk is just one little tiny piece of it. It does put everything in perspective; you have to check your ego at the door.”