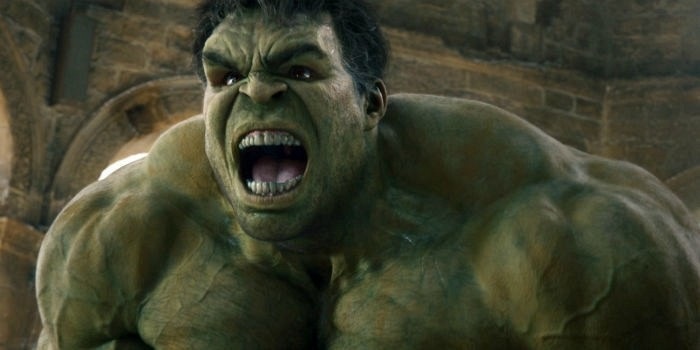 While out promoting his movie Infinitely Polar Bear, Hulk actor and generally nice guy Mark Ruffalo was interviewed for Yahoo Movie News. After a few questions regarding his indie-cred spotlight, Mark Ruffalo was asked if we will be seeing the Green Machine as a solo-outing, since we now know that he’ll be in Thor: Ragnarok. “I think they’ve been working on it. Marvel and Universal famously don’t get along very well, and so that’s working against us, definitely. But I know for a fact that everyone is holding out hope that one day we can do it. But the nature of the relationship right now, it’s a little prohibitive. And I hope that that changes, that changes with regimes, it changes over the course of time. But right now it doesn’t look particularly promising.” Continuing, Mark Ruffalo commented on the recent shakeup at Sony and how that allowed Marvel to get more of a chance at Hulk. “Yeah, I think ultimately that’s what they’re after, it working out for both sides. But like I said, Marvel and Universal are just not having a good time together right now.”

When asked if working with Marvel is as secretive as the Star Wars universe Mark Ruffalo replied, “I don’t know if it’s as secretive as that, but it’s pretty secret. They definitely don’t want people to know what was going on for a while. I’ve been sworn to secrecy, to the point where they don’t even tell me. And they keep an eye on you. You might get a call. I tend to walk dangerously close to the line, as I generally have since I was a young boy, and so you do get the calls, like, ‘OK, let’s be a little careful here.’”