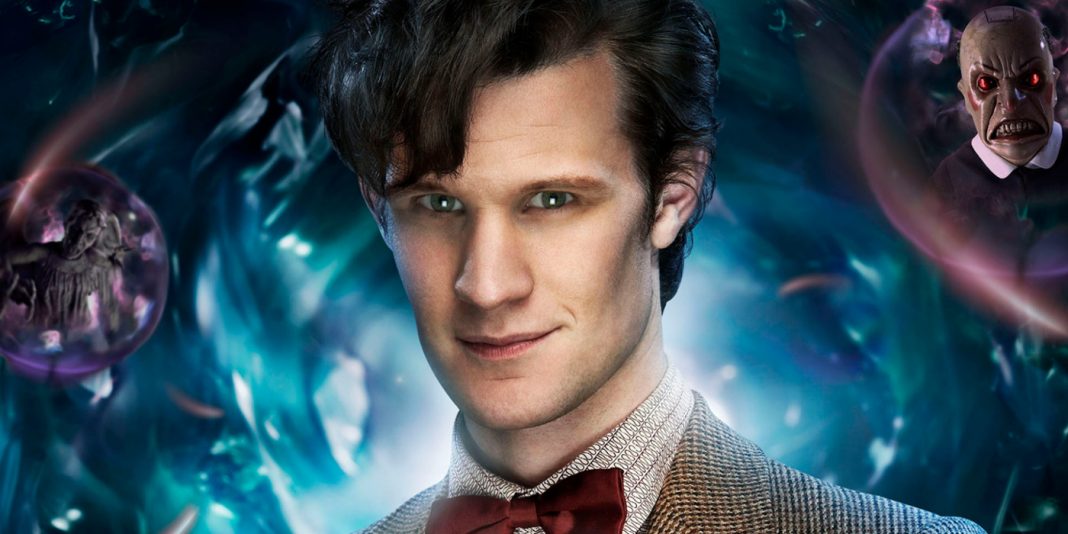 The Marvel Cinematic Universe is constantly growing and more and more actors are trying to hitch a ride on the comic money train (we’ve seen plenty of actors make pitches to play specific roles). However, Matt Smith wants in, and he could really use our help.

Matt Smith is best known as the eleventh incarnation of The Doctor from Doctor Who. At the time, he was the youngest actor to portray the time-traveling hero from Gallifrey. Since he left the Tardis behind, times have been tough for Smith. His two big movie roles were in Terminator: Genysis and Pride and Prejudice and Zombies. Neither were commercial successes. The man deserves better.

During The Tales of the Tardis panel at New York Comic Con, Smith was joined by his former companions Jenna Coleman (Clara Oswald) and Alex Kingston (River Song) to talk about his time on Doctor Who. Smith talked about how he was sad to leave the show and wished he could have done more. As for his future? One fan asked him the question every actor gets asked nowadays: “When are you going to join the MCU?”.

“My answer is… when will they ask me?”

That is definitely not the answer people were expecting. Some actors tend to shy away from the superhero genre, but Smith took a different route, saying he’s ready and willing and put the ball in Marvel’s court. Now they need to act.

Marvel has already had success casting Doctor Who alumni in prominent roles. Arguably the most popular Doctor, David Tennant, was spectacular as Kilgrave in Jessica Jones. The role was the polar opposite of his 10th Doctor, proving BBC alumni have a wide range. The same can be said for Karen Gillan. She was light and bubbly as Amy Pond, but did a full 180 as the sadistic (and bald-headed) Nebula in Guardians of the Galaxy. She gets another stab at the role when Vol. 2 is released next year. And who can forget the 9th Doctor, Christopher Eccelston, as the dark elf Malekith? Wait…nope… moving on.

Smith needs to be the next star who leaves the Tardis for the MCU; he has the skill and acting chops to make it work. Also, with a plethora of characters still left to choose from, there are plenty of roles he would be perfectly suited for. I mean, here are just a few I can think of…

Let’s consider the fact that Smith might just stick with television considering his first two movies were lackluster. So why not bring him into the Netflix world by letting him play the popular Daredevil villain, Bullseye? There were rumblings the character would show up in a future season (and Jason Statham seems to be ignoring fans’ pleas for him to take the role). Let Smith take the role as the marksman who doesn’t miss. We saw him play The Doctor as someone who was always two steps ahead of his enemies. Imagine him bringing the same skill-set as a crazed villain bent on taking down Matt Murdock. It’s a can’t miss opportunity.

There will probably be some new characters joining the streaming service once Defenders airs. Moon Knight has been one of those rumored roles for some time. Netflix/Marvel have done a great job bringing relatively unknown actors into major roles (Charlie Cox, Mike Colter, Finn Jones), and Smith fits that bill. Plus, imagine him playing the split personality Marc Spector who, thanks to the Egyptian spirit Khonshu, obtains powers that depend on the phase of the moon. It could be the craziest series Marvel creates, and bringing someone like Matt Smith on board could take the character to the top.

If, for some reason, Smith doesn’t warrant his own Netflix series, let him follow the Christopher Eccleston and play a villain on the big screen. Which villain? Well, how about a classic Spider-Man villain? There are PLENTY to pick from, but how about Doctor Otto Octavius? Alfred Molina was fantastic in Spider-Man 2, so don’t replicate the role in a future Spidey outing. Instead, have Smith play a younger Doc Ock on the rise. One of Smith’s best Doctor ‘trains’ was rattling off scientific mumbo-jumbo; he could do the same in the next Spider-Man flick. Plus, he could easily handle turning into a crazed killing machine by the end of the movie (see his work in Terminator: Genysis for reference).

Let’s go for broke. Anyone who cares about Marvel’s first family is praying that Fox does the right thing and shares the rights of the Fantastic Four with Marvel. They deserve a proper movie and it’s not going to happen until the group is in the hands of Kevin Feige. Should The FF get rolled into the MCU, Smith would be a stellar choice to play Reed Richards, a.k.a. Mr. Fantastic. He’s got the look, and more importantly, the skills to be believable when pronouncing the technical terms. If The Fantastic Four are in line to join Marvel’s Phase 4 (and it’s a long shot at best), then Smith would be a perfect choice to not only lead the team… but be a featured face in the Avengers and future Marvel Cinematic Universe movies for years to come.

So we now need to make this a reality. Start White House petitions. Hit the streets. Dominate blog sites. Matt Smith is waiting on a call from Marvel, and we need to push Feige and the rest of Marvel Studios to pick up the phone; the 11th Doctor needs us now more than ever! We are his companions, and now we need to work to get Matt Smith into the MCU.