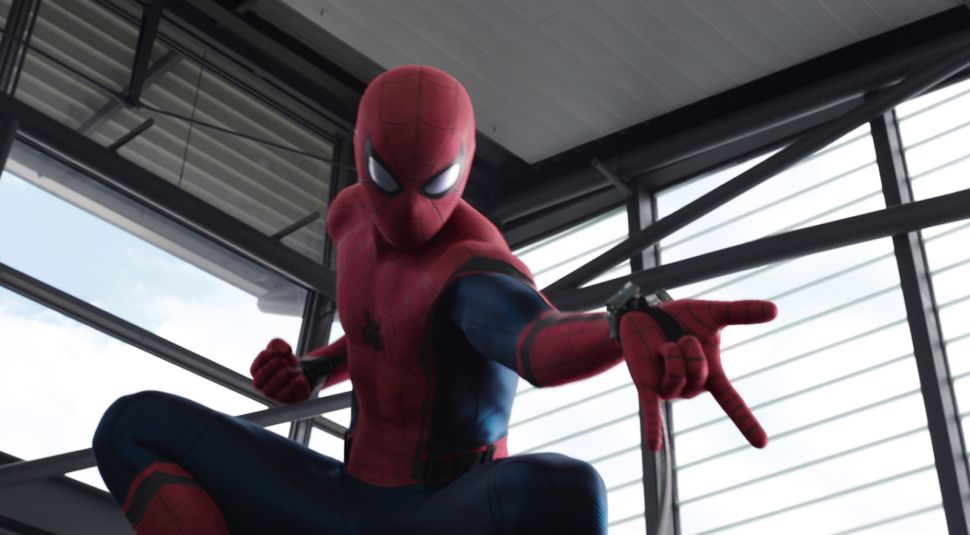 Now, a good number of you are already throwing tomatoes, paper clips, Hot-Pockets® or whatever else is at arm’s-length at whatever internet-surfing implement you’re currently using. Why? Because someone’s uttering complete and utter muck about the invincible Batman. Look, in the world of superheroes, this kind of statement, and the multitude of other hero vs. hero comparisons, is an everyday thing. It just so happens that Spider-Man: Homecoming’s Tom Holland is quite certain Spider-Man can beat Batman, and he phrases it rather succinctly.

Speaking with our friends at THR, the young actor currently enjoying the role of Marvel Studio’s Spider-Man admitted that Spider-Man is, in fact, his favorite superhero, and it has nothing to do with his casting.

“Spider-Man, and I’m not saying that now because I am Spider-Man. It’s been Spider-Man since I was a little kid.”

And, it should come as no surprise that Holland holds Spider-Man, and his particularly amazing powers, above all other super-persons, including Batman. Holland explained a long-running feud with his good friend Harrison regarding who was the better, more powerful and more capable superhero, Batman or Spider-Man. After winning the cherished role, Holland had the ammunition necessary for the perfect response.

“My best friend Harrison, his favorite is Batman, and for years we’ve had an argument on who would win in a fight, Spider-Man or Batman. I win every argument now. I’m like “You know how I know? Because I am Spider-Man, so…shut your face.”

Holland’s debut in Captain America: Civil War was well-received and almost unanimously praised, and according to the actor, his solo feature will continue the character’s evolution by presenting a more youthful perspective through Spider-Man.

“You’ve seen the billionaire, the scientist, the soldier. Now it’s time to see the kid. And every decision we make on set is based off how would a kid react in this situation, so every fight scene we have is designed in a way that’s almost child-friendly, so he never actually punches anyone. It’s all done kind of by accident. I think the biggest difference is his youth and innocence.”