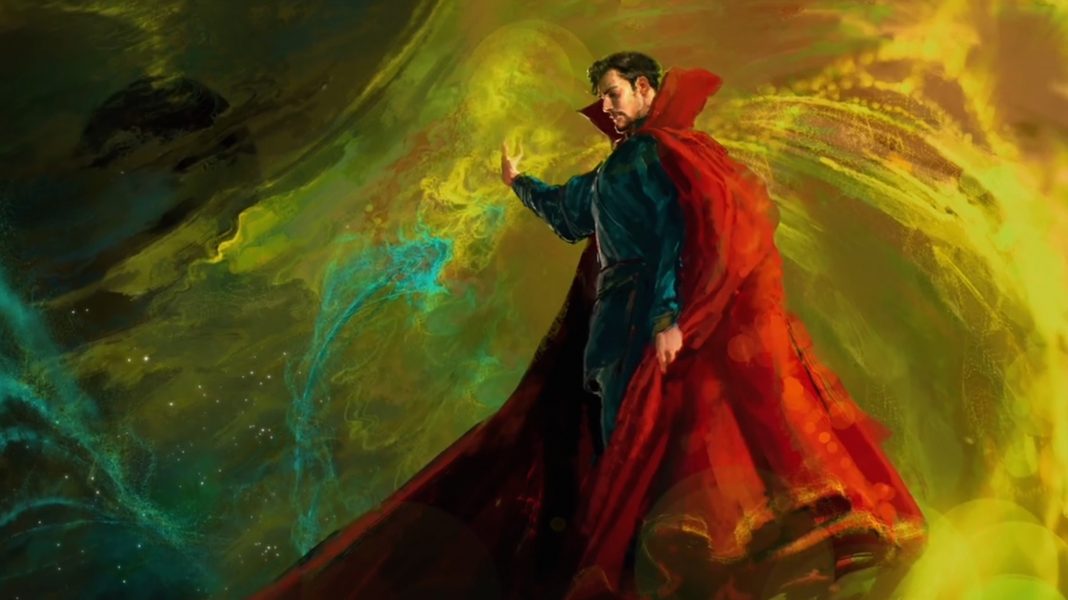 Following the aftermath of Captain America: Civil War, the rest of the MCU’s Phase 3 is beginning to take shape. Up next is the Benedict Cumberbatch-led Doctor Strange, while moving into the on-deck circle is James Gunn’s highly anticipated sequel, Guardians of the Galaxy Vol. 2. Today, to get fans psyched, Marvel released new plot synopses for Doctor Strange and GOTG Vol. 2.

“Marvel’s Doctor Strange follows the story of the talented neurosurgeon Doctor Stephen Strange who, after a tragic car accident, must put ego aside and learn the secrets of a hidden world of mysticism and alternate dimensions. Based in New York City’s Greenwich Village, Doctor Strange must act as an intermediary between the real world and what lies beyond, utilizing a vast array of metaphysical abilities and artifacts to protect the Marvel cinematic universe.”

Nothing new here. In fact, you probably could have guessed everything above just from watching the first trailer. Marvel clearly knows what they’re doing with the Master of the Mystic Arts’ first outing.

Very little has been revealed regarding Scott Derrickson’s venture into the Marvel fold. We still don’t know who Mads Mikkelsen is playing, or what villains are showing up at all. The secretiveness of the film is what makes it so intriguing. Marvel is going outside the box and entering the realm of magic, and with only six months to go before Doctor Strange is released, we still have no idea what’s really coming (only that it’s going to look really awesome!).

-GUARDIANS OF THE GALAXY VOL. 2-

“Set to the backdrop of ‘Awesome Mixtape #2,’ Marvel’s Guardians of the Galaxy Vol. 2 continues the team’s adventures as they traverse the outer reaches of the cosmos. The Guardians must fight to keep their newfound family together as they unravel the mysteries of Peter Quill’s true parentage. Old foes become new allies and fan-favorite characters from the classic comics will come to our heroes’ aid as the Marvel cinematic universe continues to expand.”

Now here’s something we can work with. Unlike Doctor Strange, Marvel has given some insight for what to expect in the Guardians sequel. Their mission is clear: track down Peter Quill’s dad. Could it be Kurt Russel? Probably. Could Marvel throw a curveball and have it end up being someone else? Would that honestly surprise you? The studio has done a great job at keeping fans guessing. Just because you think you know what’s coming, doesn’t mean that’s how this story will unravel.

Plus, it seems the Guardians are going to face obstacles when working together (again). Could that be because old foes are becoming new allies? Who could they be talking about? Yondu? Nebula? Ronan? There are quite a few choices you can pick from the Guardian’s first outing, so right now it’s anyone’s guess.

The best little nugget of goodness is trying to figure out what “fan-favorite” character will be joining up for the next go-round. Director James Gunn already confirmed that Pom Klementieff will be taking on the role of Mantis. Still, there’s a whole universe of characters who can show up. (We can only hope that Adam Warlock is one of those unannounced guests!)

If you needed any more motivation to see both Doctor Strange and Guardians of the Galaxy Vol. 2… here you go. Marvel Studios has created a machine that does nothing but churn out massive hit after massive hit, and both these movies have the potential to follow that trend. Let’s just pray that they don’t release too much, and keep some surprises for the final product!!!

Doctor Strange will be released later this year on November 4th. As for Guardians of the Galaxy Vol. 2, that kicks off Marvel’s 2017 calendar year when it hits theaters on May 5th.