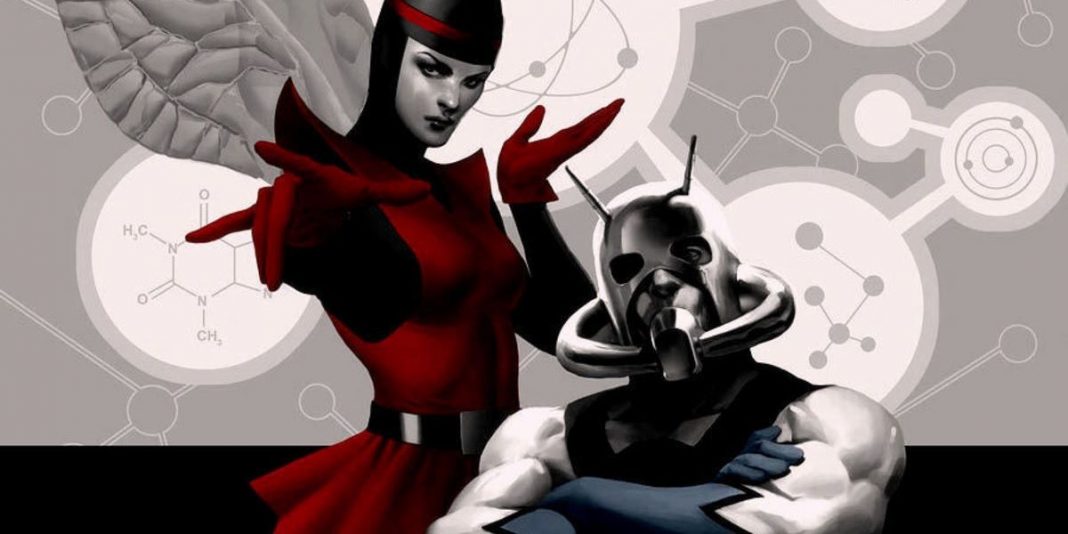 Note: This article regarding the future of Ant-Man and The Wasp does contain some spoilers from Captain America: Civil War, so if you were waiting for the DVD release to see it for the first time… you may want to hold off on this article.

He was once considered to be too much of a risk to turn into a movie. Then Edgar Wright got his hands on him and built an amazing script around the character. When he left the project it was Director Peyton Reed and movie star Paul Rudd who picked up the slack; they turned Ant-Man into one of the surprise hits of the Marvel Cinematic Universe.

Now the future is bright for Scott Lang, Hope van Dyne, Hank Pym and the rest of the gang. On July 6th, 2018, the sequel Ant-Man and the Wasp will hit theaters, offering another chance at a heist-esque thriller. Director Peyton Reed sat down with Modern Myth Media to discuss what the future holds for Lang.

“Well he’s a fugitive in most of the first Ant-Man movie. He’s just a bigger fugitive now. I think that’s one of the fun things and challenges about the Marvel movies for us, for the directors and for the writers, is you do have to sort of consider what happened in the previous movies in terms of your jumping-off point for those characters. It’s something we talked a lot about early on and we definitely have stuff figured out, so there will be some big leaps forward.”

So when we catch up with Ant-Man, it’ll be in the aftermath of Captain America: Civil War. We last saw him being broken out of the Raft by Steve Rogers, making him a fugitive from The U.S. Government (and perhaps a resurgent S.H.I.E.L.D). It’s a great idea to force Scott Lang back into the criminal element, but unfortunately, his re-upped fugitive status is the result of trying to be a hero (again).

There is a lingering question from Civil War: will Lang be willing and able to reuse his newfound ability to turn into Giant Man? When he morphed into a massive Avenger, it was the quintessential, scene-stealing moment. While Reed didn’t discuss what powers we’ll see Lang display in his second outing, he did talk about the growth of the relationships Lang fostered previously; that includes Hope van Dyne who will finally get to become a hero in her own right when she becomes The Wasp.

“It’s something we’re excited about. For me as a comic nerd, I always thought of Ant-Man and Wasp as a team and that’s a lot of what the second movie is really about is how they work together, what their personal and professional relationships are like. To show her finally fully formed in this movie is really exciting. We really get to introduce this character into that universe. I mean we’ve introduced the character, but we haven’t seen her with her full power set and everything, so to me she’s not a supporting character in this movie. It’s every bit as much her movie as it is Scott Lang’s.”

Getting her name in the title means that The Wasp won’t be just a supporting character for Ant-Man. From what we saw in the training montage in the first movie, van Dyne might be the one leading the charge. She’s the latest in a growing line of powerful women in the MCU… and that should follow her character into the future.

Oh, and don’t think Hope is the only one returning. Although not under contract, Michael Douglas previously said he’d be down to return as Dr. Hank Pym. Then there’s the rest of Lang’s crew. Michael Peña was one of the major highlights of Ant-Man, so of course he, Dave and Kurt will be returning for another Ant-Man adventure. Right, Mr. Reed?

“Oh there’s definitely a chance! I’d say there’s a fighting chance for that to happen.”

Fighting chance? Does that mean the bumbling trio will have expanded action moments in a sequel? Who knows. Two years remaining until Ant-Man and the Wasp hits theaters means there will be plenty of rumblings and rumors to go around to keep everyone excited. It’s just great to know the band is getting back together.

And even though Ant-Man moved onto bigger and better things in his team-up with the Avengers, by the time we see him again… he’ll be the same ol’ criminal we loved the first time around.