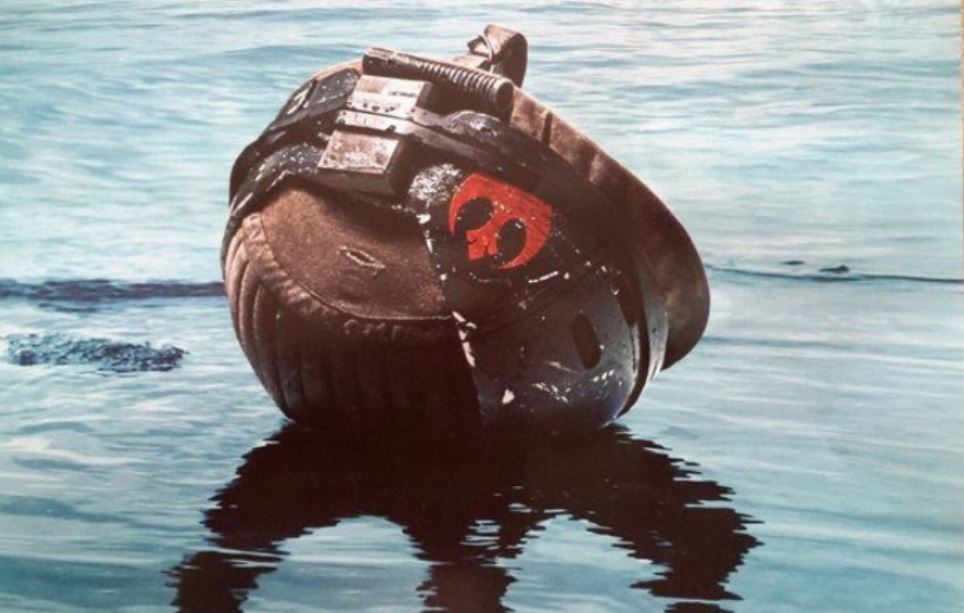 Thanks to our friends at Slash-Film, we’re getting a look at an outrageously gorgeous, Russian Rogue One movie poster (say that 5 times fast) featuring AT-ATs led by a battalion of Stormtroopers combing the shallow waters of the planet Scarif. An abandoned, Rebel-branded helmet – casting a shadow of said branding – resides on the shore, implying said helmet-wearer’s successful escape or absolute incineration. Anyway, you can check out the full poster below and extrapolate your own meaning!

And to be quite honest, I think I might prefer this to the Korean poster, but not the Japanese poster. I think that’s still my personal “fave.”

So, we know the Rebels actually procure the plans, so the Rogue One squadron’s mission is, technically, a success. However, the unknown factor here is the team’s survival. I have a feeling a good number of them won’t be around to witness the Battle of Yavin.

Ready for Jyn Erso and her outer space “suicide squad” to procure those Rebellion-saving Deathstar plans? Me (and we) too!