Home MOVIES Spider-Man Homecoming Review: The “Making” of a Hero? 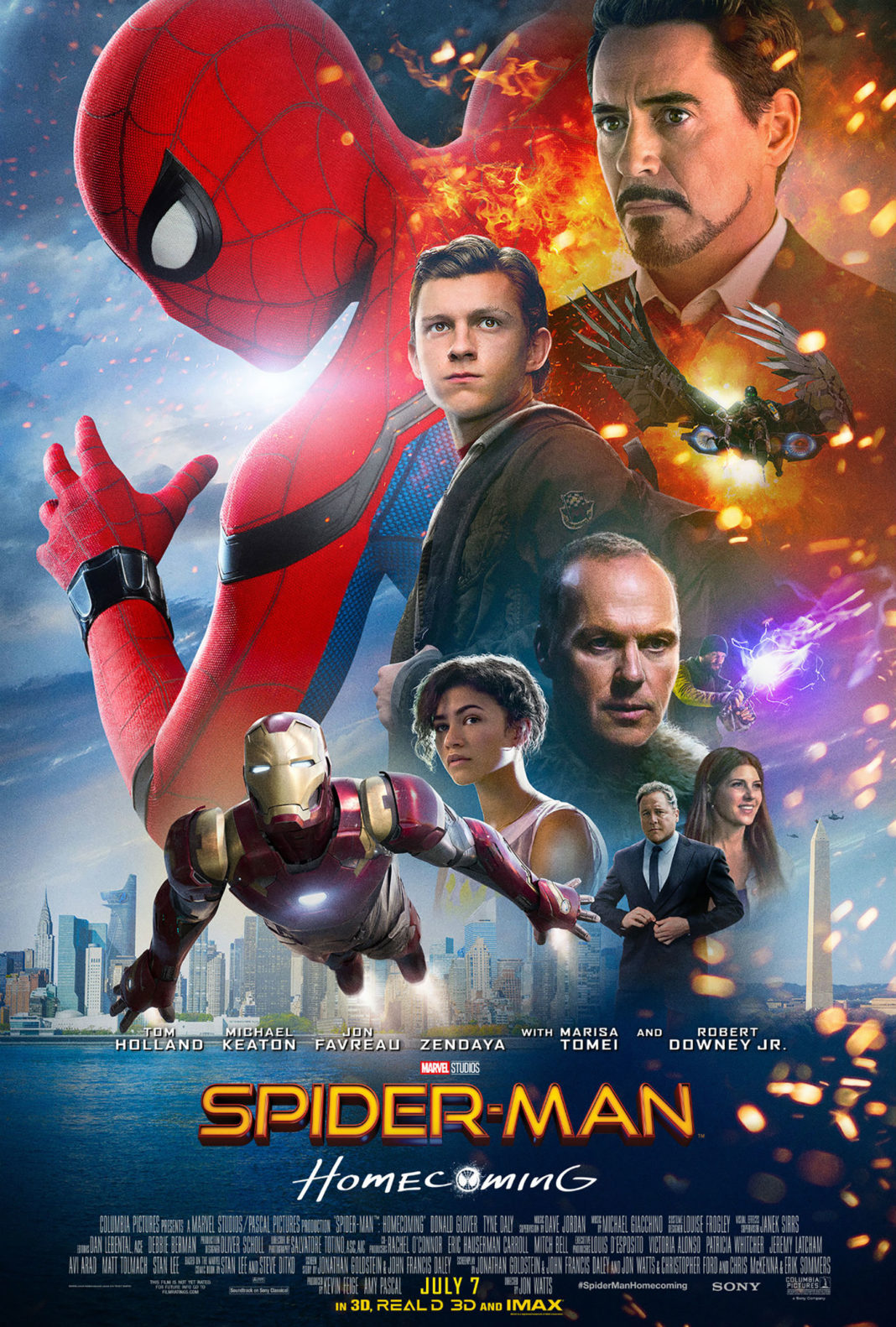 With all the hype regarding Marvel’s newest entry into its cinematic universe (MCU), as well as the fact that this is the third cinematic iteration of everyone’s favorite wall-crawling superhero, Spider-Man: Homecoming has so far been reviewed as one of the most well-received superhero films of the summer!

And it’s no surprise since ol’ web-head is one of Marvel’s staple (and most marketable) characters — kids and adults both love him! However, if you’ve read the comic books lately, you know Spidey’s come a long way since his origin penned by creator Stan Lee. I’ve been a big fan of Spider-Man since I first started reading comics, so I anticipated this film since first seeing Spidey in Captain America: Civil War. But when I view comic book films, I don’t just critique them for their cinematic quality but also for how close they stick to the comic book material. So, let’s get to it, true believers!

The film starts with Parker’s video diary POV of the Avengers battle in Germany (the one in Civil War); now, did we really need this? Nope. But, hey, you get more Parker humor so that’s there! The main story is that Parker now desperately yearns to be an Avenger, but try as he might, Tony Stark/Iron Man (Robert Downey Jr.) and Parker’s babysitter/handler, Happy (Jon Favreau) just don’t take him seriously. So, Parker uses his new suit to handle local, smaller crimes, all while trying to keep up with his high school responsibilities and keeping his identity a secret.

Elsewhere, after the famous “Battle of New York,” Adrian Toomes (Michael Keaton) is hired to clean up the alien Chitauri wreckage but is soon relieved of his job by the U.S. Department of Damage Control. With the threat of losing everything he has, Toomes and his small work crew decide to use some stolen, salvaged alien technology to make various weapons to sell to the highest bidder – often a criminal – making him a target for Spidey. 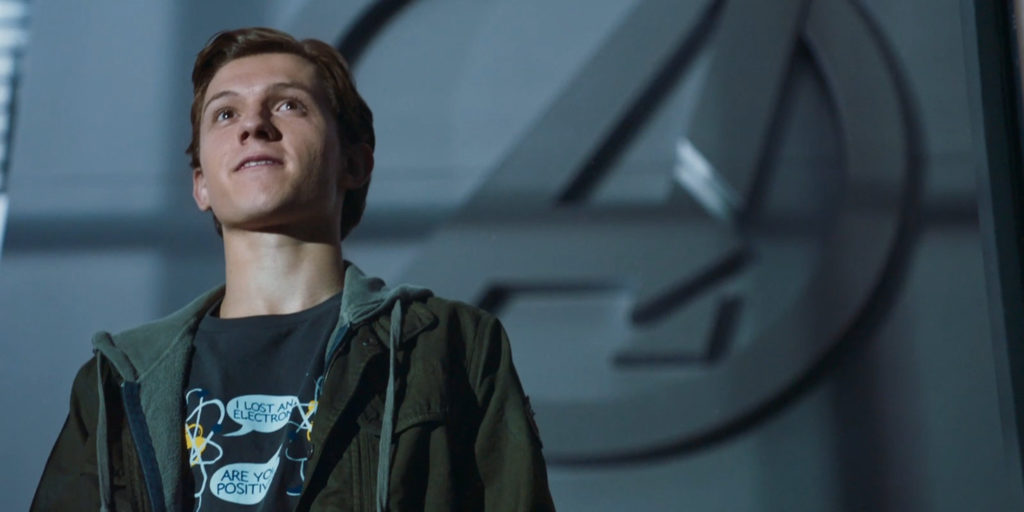 The first noticeable aspect of this film is Tom Holland as Peter Parker. Holland has really knocked it out of the park since he first appeared in Civil War — and his great performance continues here! Holland encapsulates what makes Parker such a stand-out character in comics.

I was happy this installment was not just another origin story but I believe Homecoming could have benefitted from showing at least a quick montage of Parker’s true origin story — the death of Uncle Ben. One can assume the Uncle Ben tragedy happened, but the way this film is written, it doesn’t seem that way and that takes out the heart of the story. To not even mention it — especially if it didn’t happen too long ago — is a major fumble in a film solely dedicated to his world. 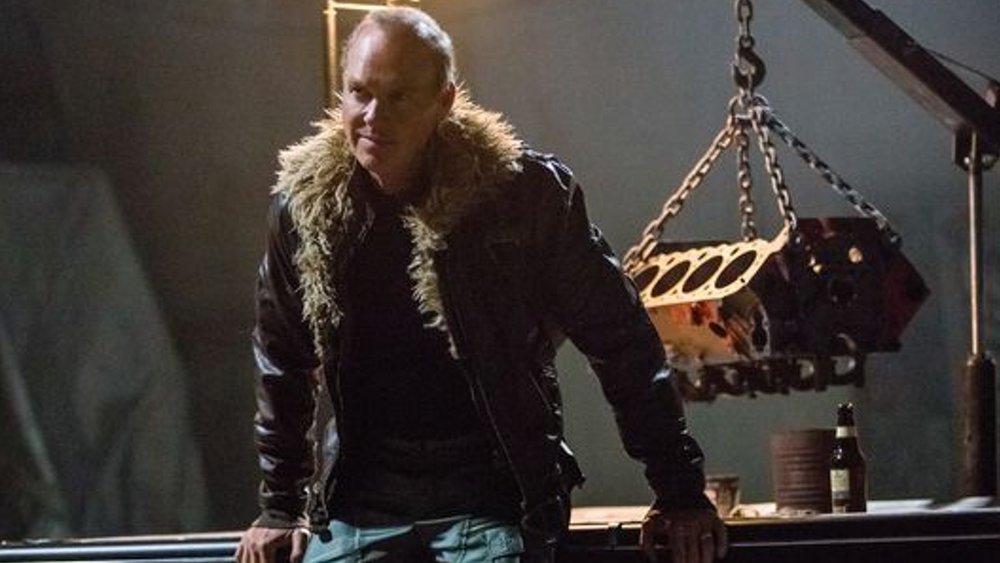 While Holland is really good in his role, Keaton is exceptionally great as Toomes/The Vulture, once again proving he’s one of the best actors working today. Toomes is not even that evil, just misguided. In fact, his reasoning for doing what he does is a bit understandable: he’s a hard-working, blue collar worker whose job is taken from him by some governmental agency.

Marissa Tomei‘s Aunt May suffices (I didn’t mind her age at all), but there’s still that missing important aspect — any mention of Uncle Ben — and she shows absolutely no hint of having loved and lost. At least Sam Raimi‘s Spider-Man addressed these important aspects with the respect they deserve!

Laura Harrier plays Parker’s love interest, Liz, and she gives a good performance as well as foreshadowing what Parker has to look forward to regarding his love life. There is a small twist to her character but I found it completely predictable.

Unlike the comics, Parker has a best friend, Ned (Jacob Batalon), who is added for more laughs but he’s a bit annoying. No offense to Batalon but I felt this character was the most unnecessary. The writers may have added him to try and help Parker, but in the comics, Parker didn’t have such assistance, proving his mettle as a superhero.

Another extremely annoying decision was in casting Tony Revolori as Parker’s bully, Flash Thompson – an insult since he’s completely laughable and not a real intimidating threat, so there is no actual bully in Parker’s life — a drastic shift from the source material.

The fact that Zendaya had top billing is baffling as her Michelle only popped up occasionally throughout. Her true identity is no real surprise but just one of those “A-Ha!” moments to get the audience to let out a knowing chuckle when her actual identity is revealed (if you think about her name real hard, you’ll figure it out).

What I least liked about her, though, was how uncharacteristic they made the character she’s supposed to be. Just as filmmakers behind The Amazing Spider-Man changed Andrew Garfield‘s Peter Parker into some kind of emo skateboarder, this time the filmmakers turned her classic character into something it’s never been and I just can’t tolerate it.

Downey’s Stark plays too much of a role in this film but he provides the suit, and this leads to one of the most unforgivable alterations to Spider-Man. 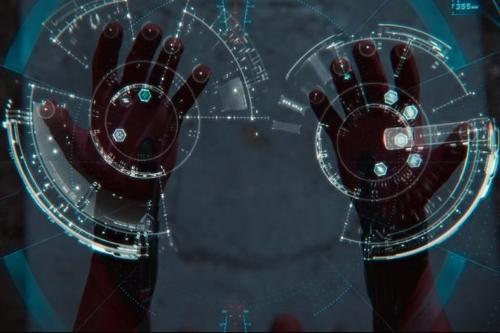 Parker has no spider sense here, so he relies on Stark’s high-tech computer A.I. — similar to Iron Man’s J.A.R.V.I.S. — only this one’s named “Karen.” This did not work! Parker has never needed what Iron Man relies upon. And making Parker do so only makes him seem like “Stark Jr.” (Example: Remember in the first Iron Man film how there was a funny montage of Stark getting familiar to his suit and slapstick comedy ensues? Well, replace the Iron Man suit with the Spidey suit and you’ll see it here. It’s the same formula!)

This movie was slightly enjoyable as there were plenty of decent action sequences and the film’s pacing moved along nicely. Nevertheless, like most Marvel films lately, Spider-Man: Homecoming felt like it was made for moviegoers who either didn’t read the classic comics or those who felt like this is how comic book movies are supposed to be.

Marvel started out making great films which balanced the humor with the seriousness of the story’s major points, but since Guardians of the Galaxy, producers have made the films more humorous — too humorous — which brings us to Homecoming. Just like the comedy-of-a-new-suit formula, one of the major examples of its lazy writing just to get a laugh is a sequence I immediately recognized from Ferris Bueller’s Day Off; and soon after, Parker runs through a home where the TV is showing (guess what!) … Ferris Bueller’s Day Off!

The film will most likely score big for kids and adults who either don’t know the origin and/or those who don’t really read the comics that much. But for those who know and love the character since his early days, here’s hoping the next installment improves.

Keaton and Holland shine but there’s not much more here. The two post-credit scenes are not worth sticking around for in the least! Overall, Homecoming was disappointing. I know most may think this is a wonderful film because of the spoon-fed laughs, action, and inexplicable hold Marvel films have over critics. But, from an old-school fan’s perspective, Spider-Man has to be more than that, and Homecoming doesn’t make any memorable impression.

I recommend you see the film yourself — especially if you’re a Spidey fan. Then come back and comment on what you liked or maybe didn’t like about the film!