Home MOVIES Supreme Leader Snoke Is a Puppet. No, Seriously. 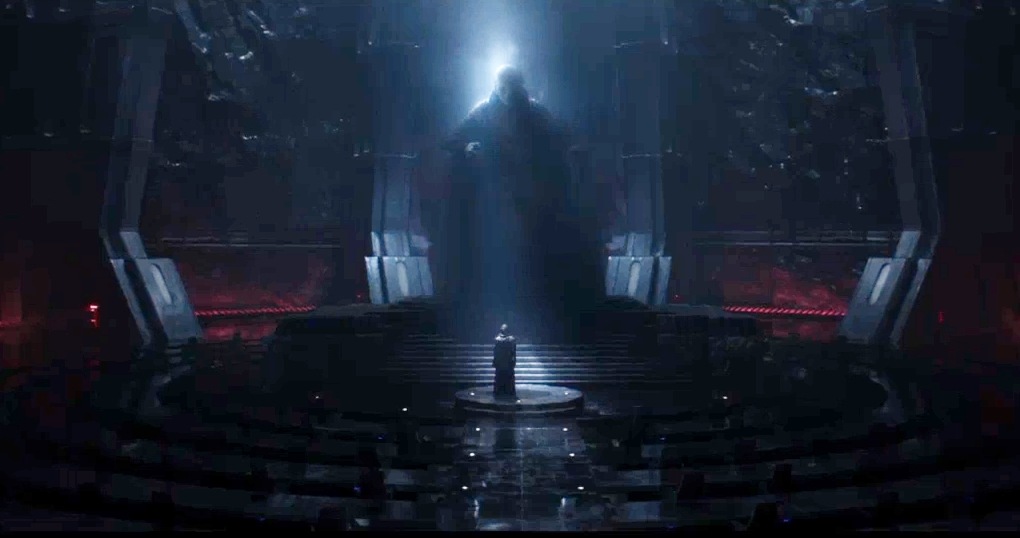 Think back to all the things you loved about The Force Awakens. It was a return to form for the Star Wars franchise in a variety of ways, including strong, emotional storytelling and its use of practical effects.

Where George Lucas’ prequel trilogy was filmed inside a green screen warehouse — utilizing a plethora of CGI characters —  Abrams went the other way, utilizing amazing locations, massive sets and tons of costumes and puppetry for some of the iconic alien life. Now, for next year’s Episode VIII, director Rian Johnson is looking to up the ante.

One of the mysteries the next Star Wars saga installment will look to solve regards the identity of Supreme Leader Snoke, the First Order leader pulling all the strings from behind the scenes. Is he Grand Moff Tarkin? What about Vader? There are plenty of theories on who Snoke could actually be. However, as Making Star Wars is reporting… Snoke won’t be the “man” we think he is once he actually appears on screen.

“(Supreme Leader Snoke) will be a huge puppet around seven to eight feet tall, taking several people to operate and a man inside a suit to make him walk. Stylistically, it seems as if Snoke may be CGI-generated for the holographic communication sequences, but when he has scenes in Episode VIII, next to real flesh-and-blood humans like Kylo Ren, he will be a practical puppet with facial features operated by the crew.”

This is both amazing and confusing at the same time. We already have an idea about what Snoke looks like thanks to The Force Awakens; he was a blending of CGI performed by mo-cap aficionado Andy Serkis. Since he was just a giant hologram for his entire stint in Episode VII, it wasn’t a big deal that Snoke was computer generated. Now, with today’s news, it raises the bar for what to expect from the character.

I wouldn’t fully expect Snoke to be 100% practical effects. Instead, he’ll probably be more of a hybrid of puppetry and CGI, similar to the way Unkar Plutt was created (remember, it was Simon Pegg under that costume). Considering how advanced puppetry has become (look at some of the characters in Force Awakens and Rogue One), it will be interesting to see how Johnson and the Episode VIII effects teams pull off a humanoid character, without making him look like a rubber- faced weirdo.

Thirty-six years ago Yoda was created and looked like something straight out of Jim Henson’s shop. Now, Snoke will be the next great puppet character, but this time, people will certainly be critical if they see someone else pulling his strings.

Snoke’s puppet appearance also ruins nearly everyone’s Supreme Leader theory. We have never seen a humanoid character with his height before (eight feet tall!!!). Vader, Tarkin… not even Jek Porkins can fill the shoes Snoke is wearing. So, his true identity will most certainly be a character we’ve never seen on-screen before. Wait… we’ve never seen Darth Plagueis yet! Just saying!

Whomever Snoke turns out to be remains to be seen. All that matters today is that Rian Johnson is continuing the fantastic Star Wars tradition of incorporating practical effects into the movies. If they can pull off a fully functioning Supreme Leader Snoke puppet, it could be the crown jewel for Episode VIII.

There are many instances when it would just be easier for directors to rely on CGI to create their characters, but knowing that directors like Abrams, Johnson, Gareth Edwards, and hopefully Colin Trevorrow, are relying on more traditional effects just adds a special touch to their blockbuster movies. Now, if we can only get some sort of trailer for Episode VIII before it’s released December 15, 2017.