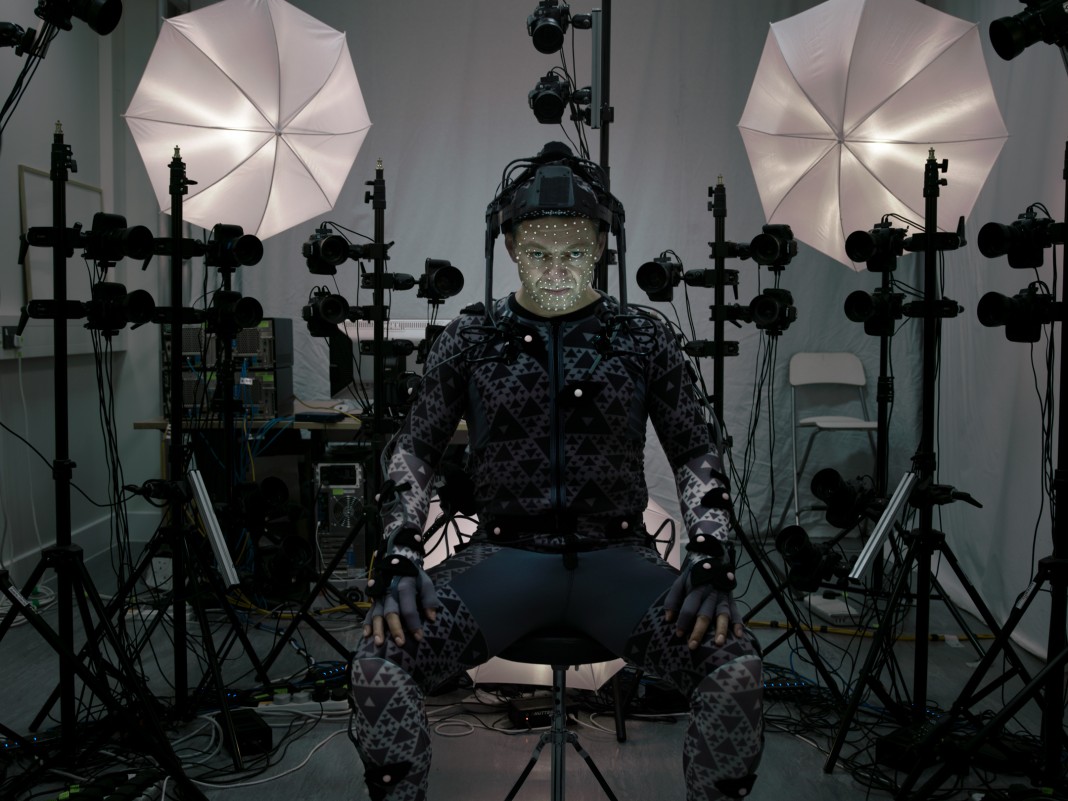 By now many audiences have seen Star Wars: The Force Awakens and have drawn many questions from it. After setting the record for the largest box office hit of all time, J.J. Abrams still manages to keep fans in the dark about certain characters in the film. If you have not seen the movie yet turn back now or forever hold your peace because there are SPOILERS ahead!

We all knew that Andy Serkis was cast to play a character named Supreme Leader Snoke but we didn’t see him much during the film.  This left many fans hungry and curious about who this big guy really is.  We have no idea about his origins and intentions and what we do know is very minimal.  Really, we don’t even have a full idea of who the Knights of Ren actually are. Regardless, lets try to dive into this strange character and figure out who he really is. Again if you have not seen the film: DO NOT GO ANY FARTHER, SPOILERS AHEAD!

What we do know:

Supreme Leader Snoke and the First Order came out of the ashes of the old Empire.  Kylo Ren and the other Knights of Ren seem to idolize Darth Vader and all of his terrible qualities.  That is great and all however Supreme Leader Snoke has not yet identified a faction.  We do know that he is control of the First Order and seems to be a master and mentor of Kylo Ren.  Supreme Leader Snoke also seems to be very tall.  His face is scarred and seems to be very old.  The assumption is that Snoke is of the Munn Race who are aliens that are tall, thin and ultimately cunning humanoids.  This would make sense considering what we see during the film.  However it does not tell us who the guy actually is.  If Snoke really is as old as we presume (ancient) why didn’t he arise earlier during the Empire? That question will hopefully be answered in the next two films.  We know that General Hux is at his every beck and call and that he has knowledge of the Dark Side of the Force through his training of Kylo Ren.  He is extremely powerful as he is far more attune to the force than Kylo Ren is. Now for the fun part: speculation.

This could definitely be the case.  There are many similarities between the appearance of Snoke and the slowly deteriorating appearance of the Emperor towards the end of Episode VI.  Early concept art of the Emperor show a very Snoke like figure which would suggest that either Snoke is the Emperor or that J.J. Abrams likes the tall, pale and thin look.  The other similarity that we notice is in the type of music that plays during each scene.  The opera music playing during Episode III scene “Palpatine’s Teachings” is extremely similar to the music that plays when you see Snoke for the first time, “Snoke” on the Star Wars: The Force Awakens (Original Motion Picture Soundtrack). The other half of the supporting argument states that Palpatine managed to become so powerful that he was able to find a way to cheat death.  The scarring and deformation of Snoke’s face could be due to the very traumatic near death experience that he had when Vader threw him off the balcony.  This could definitely be true but how could Palpatine (Darth Sidious) find a way to cheat death if his previous master, Darth Plagueis couldn’t even do it? Or did he?

If this is true, it will be the best wrap up of a series of all time.  The hints are there – lets just see if they manage to be true.  Before watching this film, I knew that there was a strong possibility that Darth Plagueis managed to come back from the dead and once again find a way to rule.  After watching Star Wars: The Force Awakens, I believe an even stronger case could be made. First, lets turn to where we hear about Plagueis for the first time.  In Star Wars Episode III: Revenge of the Sith, Chancellor Palpatine tells a naive and impressionable Anakin Sky Walker about Darth Plageis The Wise.

This story is obviously true considering Plagueis’ apprentice is Darth Sidious aka Chancellor Palpatine aka Emperor Palpatine aka The Emperor (whew that’s a lot of names).  The only issue I truly have with this scene is the choice of words that Palpatine uses.  He calls Plagueis: “Darth Plagueis THE WISE,” but yet explains how Plagueis taught him everything so he decided to kill his master.  A wise man would never teach all of his skills to an apprentice unless the time has come for him to go.  If that is the case, Plagueis really needs to read The Prince by Niccolo Machiavelli.  I don’t have the slightest doubt that Plagueis purposefully played games with Sidious knowing he was powerful.  Allow the apprentice to think he has rid of me, have him destroy the universe and make it weak, then I will arise from the ashes as conquer with a whole new fore.  Sounds like a plan Stan!

In either situation, we know that Plagueis is “dead” and that there is a very strong possibility that he is strong enough to bring himself back to life. This could mean that Plagueis’ power could have even created Anakin Skywalker.  If you remember Episode I, Anakin was a virgin birth with an extremely high midi-chlorian count of 20,000.  Either than or he avoided being killed and his [Snoke’s] scars are the resulting repercussions of that incident. Although it isn’t an air tight theory, it is a strong possibility.  Should this theory be true it means that Snoke or Plagueis is most likely trying to achieve immortality.  That would explain why he chose to manipulate an even more impressionable Kylo Ren.  We should find out at the absolute earliest by Episode VIII. Even George Lucas when discussing the entire nine episode saga states that there is one supreme intellect that controls Darth Vader, Luke Skywalker and the entire galaxy.  It could definitely be Supreme Leader Snoke aka Darth Plagueis. 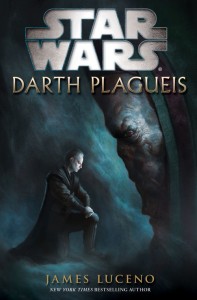 Now lets turn to a non-canon book to explore this a little further.  The cover of James Luceno’s book, “Star Wars: Darth Plagueis” you see a very strong similarity between Snoke and Plagueis shown on the cover.  This book is considered legend and not canon but we know that there have been some concepts picked out of the legend books and placed into play in the movies.  Who ever Snoke may be, it will take at least until Episode VIII to finally figure out once and for all. I am pointing to center field and calling my shot on this one. Supreme Leader Snoke is Darth Plagueis and as far as my theories have gone, I am 3/3. Pretty darn good if I do say so myself. Episode VIII is to be released on May 26, 2017. I know I can’t wait!