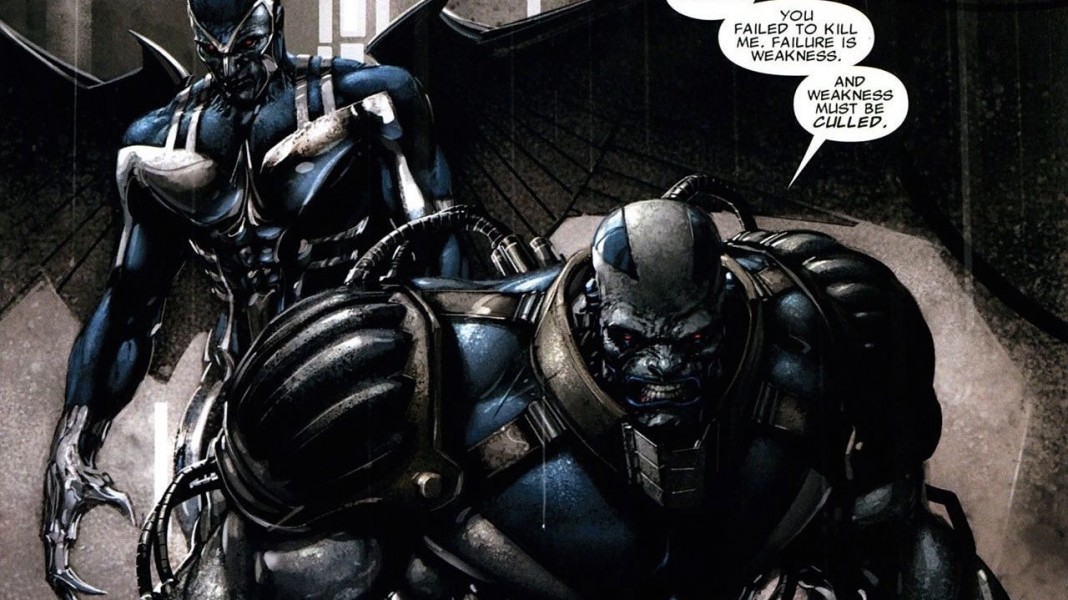 So, Apocalypse is the very first mutant, and he’s been…resting, maybe? Not sure what he’s been up to all this time, but he’s back now and he doesn’t approve of “Mutanity’s” place in the world. Nope, not at all. In fact, he’s so distraught (and a little bit disappointed), he’s just going to cleanse the world of the current human blight and start anew, granting his Mutant “children” a safe paradise in which to evolve. Oh, and seeing as he’s pretty much immortal and been milling about since the dawn of civilization (or before), he’s going to recruit (and empower) four additional beings to help bring about his desire for absolute annihilation. Based on the quartet responsible for the Biblical apocalypse, (because he’s been around since then), Apocalypse the mutant collected his Four Horseman to beat the crap out…everything. Who did he recruit? That would be Storm, Psylocke, Archangel and Magneto. Yup, humanity is seriously, seriously ‘effed.

X-Men: Apocalypse debuts May 27th, directed by Apocalypse who forces all his human actors to kneel before the relentless, murderous, arbitrary wave of genetic super-evolution!!