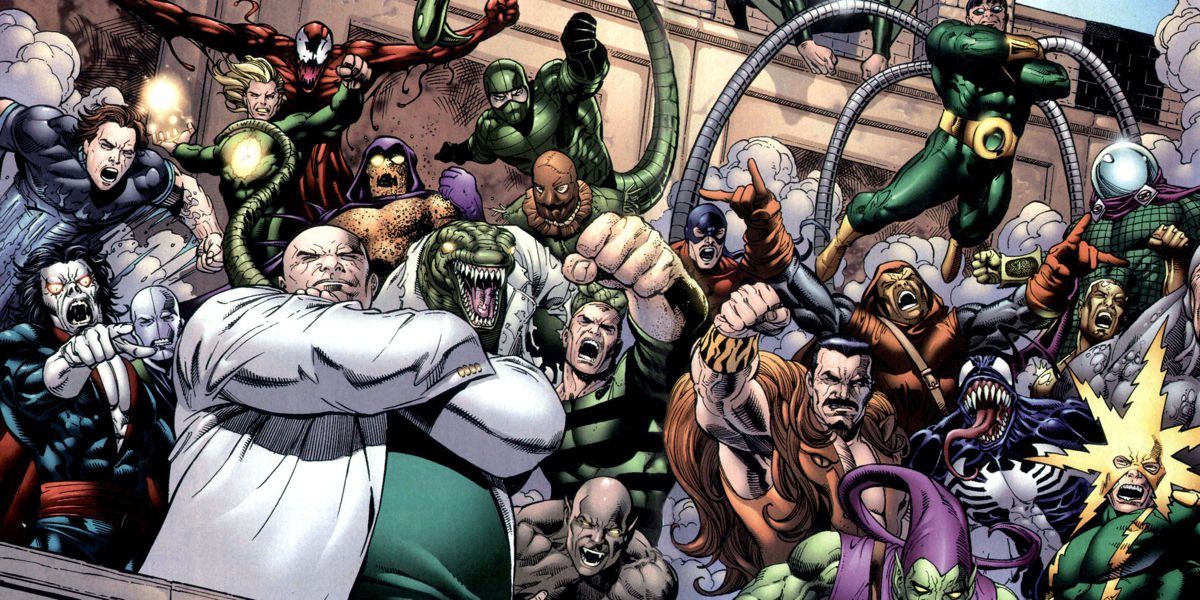 It seems like Spider-Man movies could be made until the end of time. Much of that reasoning comes from the fact that Spider-Man has one of the largest list of villains for one hero. There are countless characters who could be brought from the comic book pages to the big screen with very little effort. It’s an endless cycle of fun and colorful characters.

Sony ripped through the top-tier Spidey antagonists during their Tobey Maguire and Andrew Garfield incarnations of Peter Parker. The Green Goblin, Doctor Octopus, Sandman, Venom, Lizard and Electro (The Green Goblin again) all took their shots at Spider-Man, and all came up short. Now in Marvel Studio’s hands, the web-slinger is going to have his hands full with The Tinkerer, The Shocker, and of course, Michael Keaton’s awesome looking interpretation of The Vulture. The best part is, both studios haven’t even scratched the surface of Spider-Man’s villains.

That’s something noticed by the new teen behind the suit, Tom Holland. We first saw him in action as he battled against fellow Avengers in Civil War. Now with his own series of films, there are more threats that he would love to see Parker contend with. While talking with MTV, Holland talked about the one character he’d like to see challenge Spider-Man and even gave his dream-casting choice.

“You know what? Kraven is one of my favorites for a cameo. I always wanted Aquaman [Jason Momoa] to play Kraven, but he’s now DC. I thought that would be super cool.”

It’s one of those remarks that after you hear it, you need to immediately sit back and catch your breath. Sergei Kravinoff (better known as Kraven the Hunter) is one of the most iconic characters in Spider-Man lore. It also feels like Jason Momoa was born to play that role. It’s perfect casting for a character that needs to be folded into the Marvel Cinematic Universe. Damn you, Tom Holland, for putting this dream scenario into our heads!!!

If you are unsure who Kraven the Hunter is… then how did you make it this far into this article??

Born to a Russian Aristocrat, Kravinoff is a superior big game hunter who uses his bare hands to take down the world’s most dangerous animals. His excitement for the big hunt is what leads him to track down Spider-Man, the greatest prize of them all. Using a special serum (more voodoo than super-soldier serum) to increase his strength and speed, Kraven and is one of the toughest foes Peter Parker has ever faced.

He’s also a character that would fit right into the current MCU realm. Simply turn him into a Russian soldier (or just an American with Russian ancestors) who stumbles on a version of the super-soldier serum concocted by a witch doctor (perhaps in Wakanda). After aquiring his powers and initiating the hunt for Spider-Man, perhaps Peter can team with someone like Black Panther (feels guilty for Kraven getting his powers in Wakanda) in the Homecoming sequel. It basically writes itself.

Bonus:  who cares that Jason Momoa is Aquaman! He is perfect for the role of Kraven, so let him tackle two comic book roles. If Ben Affleck can be Daredevil and Batman, and Chris Evans can be Johnny Storm and Steve Rogers, and Ryan Reynolds can be Deadpool and Green Lantern, then Momoa can be both Aquaman and Kraven. If he wants the role, no one should stand in his way. Seriously… don’t stand in his way; he’s a big guy who is honestly a real-life Kral Drago. Ever see him throw an ax (that’s such a Kraven thing to do)?

Once Spider-Man: Homecoming is actually released in July, we’ll better understand where the web slinger’s future will be heading; there’s sure to be an Easter Egg or two indicating future villains for Peter Parker to get involved with.

Imagine the smile that would appear on your face if, during a news report, we see “Russian Military Steals Secret Wakandian Serum”. You can close your eyes now. Think of Holland’s Spider-Man fighting Momoa’s Kraven, and all will be right in the world!