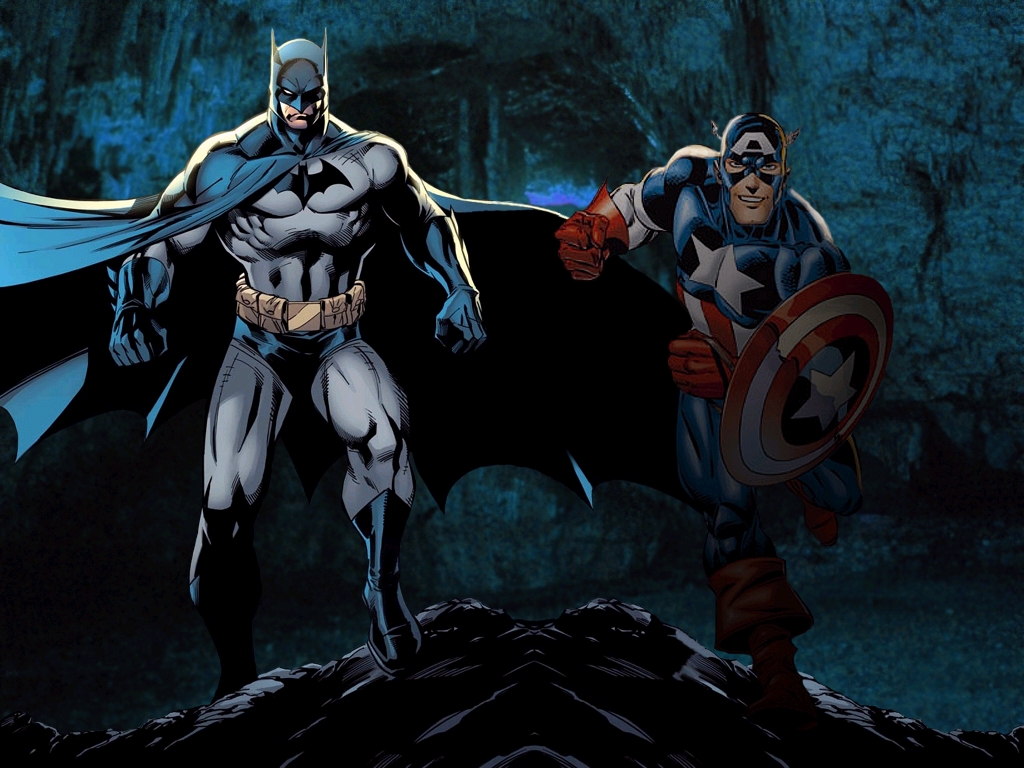 I know; I know—we’re not supposed to compare two completely different franchises from two completely different studios. But whether we want to or not, it’s hard not to compare these two—with their extremely similar themes and all. You’ve got the superheroes fighting, the civilians dying, and the “we-gotta-fight-but-wait-there’s-this-thing-about-our-mothers-ing.”  Even after all that, Captain America: Civil War is the clear winner (no matter how much the loyal DC fan in me wants to believe otherwise). So, here’s what Civil War did right (that, incidentally, Batman V Superman got wrong). [SPOILERS FOR BOTH MOVIES AHEAD!]

1.Marvel built everything up over decades, and the conflict is earned.

DC Films has always had a knack for cramming everything in a hurry, panicking like it’s the end of the world. And if they keep this up, it really will be Armageddon—at least for all future DC movies. Sure, both studios have a legit reason for pitting superheroes against each other, and that is the heroes being responsible for collateral damage and innocent human lives lost. This makes so much sense, but the big difference is that Marvel had this thing coming from way back, while DC just decided to wing it. As with everything in life, results are much sweeter when efforts are earned, and with Batman V Superman, that whole thing just didn’t feel merited. While we fans have already invested emotionally in each of the Marvel characters years and years ago (with each one having their own stand-alone films and proper backstories), the DC superheroes just popped up because they felt like it—which is why when they went head-to-head, we frankly don’t really give a damn.

No, the conflict in Civil War wasn’t there just because the director said so. The tension has already been building up over plenty of past movies in the MCU, so when Tony and Cap duke it out, it actually means something to us. When Supes and Bats duke it out, on the other hand, it’s merely because of some ridiculous misunderstanding. There’s no character development, no logical struggle, no emotional attachment. The whole BvS fight could have actually been averted if they’d just set aside their raging testosterone for once and tried to speak with each other first before letting their fists do the talking.

In Civil War, Steve and Tony had plenty of opportunities to talk things through, and they did. Both sides had motivations, and they tried the non-violent way of solving their issues first. Superman, on the other hand, barely had any lines in the movie—so I suppose that’s why he and Bats never got to talk (did you know that Spidey actually has more lines in Civil War than Supes in BvS?).

DC is already guilty of cramming too much in a single space, but even then, the studio opted to throw in not one but TWO villains into the mix. I personally would have been content with Lex Luthor, but did they HAVE to include Doomsday as well? There really is no point.

Zemo in Civil War was more of a stand-on-the-sidelines kinda villain in the movie, which was totally fine given the whole central conflict in the film. Marvel knew the focus was supposed to be on the superheroes fighting each other and not on the super-villain, and this is where BvS failed so miserably at.

Sure, the Avengers included in Civil War were fabulous, but despite the impressive roster, Hulk and Thor were MIA, and that’s totally okay. Marvel already built both characters up through the years, so they could just as easily include them in the film—but they didn’t. This is why the huge cast didn’t make the film feel bloated. Every character had tight scenes and effective dialogues, making each one crucial to the overall plot. Compared to the overcrowded BvS—where the future Justice League members and all these new villains were forced down our throats—Civil War didn’t feel like there was any extra baggage.

So nobody died at the end of Civil War, and after all the fighting, Tony and Cap actually had a mutual understanding about duties and their friends coming first. The Avengers are no more, and that’s pretty sad, but the ending was completely satisfying. Meanwhile, Batman V Superman just HAD to rush the “Death of Superman” arc into the film despite everything the movie already had going on. It was totally unnecessary, and made purely because of the shock value. Unfortunately, it’s going to take DC Films a lot of effort to come close to how effectively Marvel is handling its movies, and if they don’t step up soon (or at least start listening to their fans), we’re going to be stuck with the image of Batman and Superman “Martha-ing” for years and years to come.