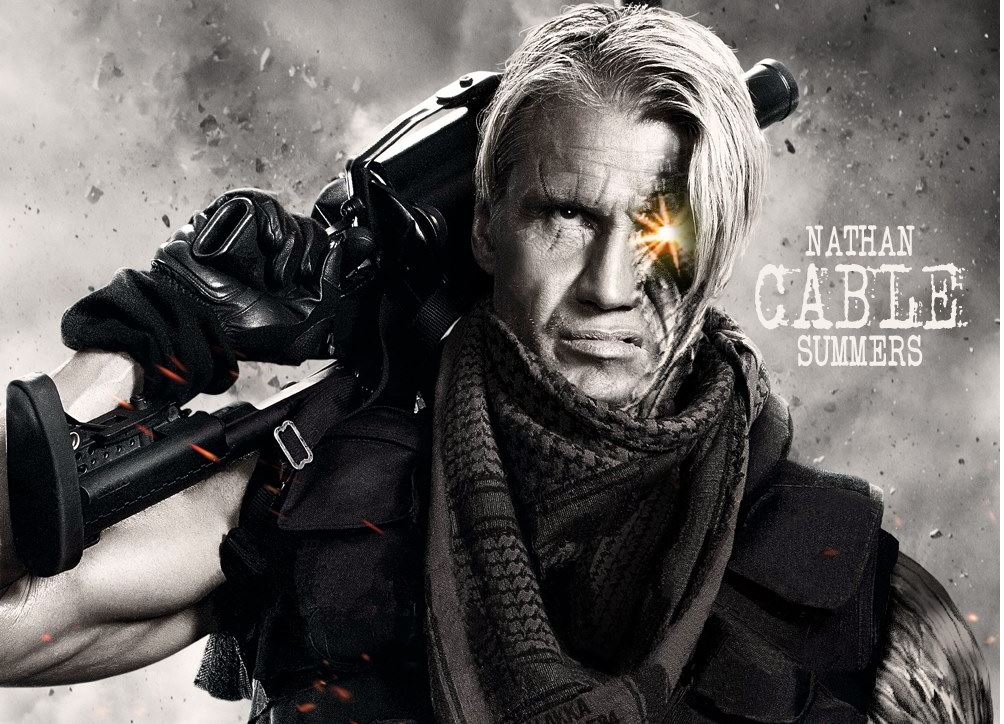 Great News: Deadpool 2 is happening. Bad News: the movie still needs to cast the time- traveling mutant Cable. The Best News: the perfect choice for Nathan Summers has been under our nose the whole time, and he’s willing and able to take on the role. It’s Dolph Freakin’ Lundgren!

Talking with Nerdist, Lundgren was asked about a return to the comic book genre. (Remember… this man was the original Punisher!)

“I haven’t watched a lot of these superhero movies; for some reason, I don’t know, I’m just busy making films. I did hear in… Deadpool, isn’t there a character named Cable that’s coming? Like, he’s a big guy? I guess I could kick some butt doing that, I suppose. We’ll see. When I saw the picture, he looks a little bit like Ivan Drago mixed with Gunner Jensen mixed with… I don’t know.”

Sorry Stephen Lang. Apologies Jon Hamm. And shove it, Kiera Knightly. Lundgren should now not only be the front runner, but the obvious choice. If you’re not already on board, just check out this mock-up Nerdist already put together.

Still not convinced? Despite having the look and being in the perfect age range for a Cable role (Lundgren is a young 58), the Swedish sensation is already a real-life comic book character. Did you know that he has a master’s degree in chemical engineering? Or how about the fact that he’s a 3rd degree black belt in karate! With the brains and the brawn, Dolph is the complete package. Then there’s this…

In 2009, three burglars broke into a home… tied a woman up… and began ransacking the place. While pillaging, one of the men noticed something… a picture of Dolph Lundgren next to the woman they bound up… aka… DOLPH LUNDGREN’S WIFE!!! They clearly feared for their lives, since they not only freed their victim, but put everything back and even cleaned up the place. Now it’s reported that the burglars were never heard from again, which clearly means Lundgren hunted them down and gave them a worse beating than Ivan Drago gave Apollo Creed.

Things haven’t been going smoothly for Dolph lately. While he gets to walk a red carpet whenever an Expendables movie debuts (with part 4 coming in 2017), most of Lundgren’s recent releases come and go without most people noticing. I mean, how many people even realize that he’s in a sequel to Kindergarten Cop and it comes out next week? That’s not a joke… it’s happening. Lundgren deserves better, and throwing him in the mix with Wade Wilson is just what America needs.

A role in Deadpool 2 could be what gets Dolph Lundgren’s career back on track. Back in the 80s, he was the living embodiment of He-Man… to the point where he even played He-Man in Masters of the Universe. However, since 1992’s Universal Soldier, Lundgren has been in a downward spiral to mediocrity, eventually landing in his present role, a sidekick to Sly Stallone. Well, if Stallone can jump back into the comic genre, then Lundgren deserves the same treatment.

So Ryan Reynolds and Tim Miller… listen up. The role of Cable needs someone tough, smart and charismatic; Dolph Lundgren has those qualities. Do the right thing and let one of the biggest badasses of the 80s, take on one of the biggest badass characters in comics. There are no other choices… Dolph Lundgren was born for this role. Now, make it happen.