Home MOVIES Who Should Appear in a Black Widow Spinoff? 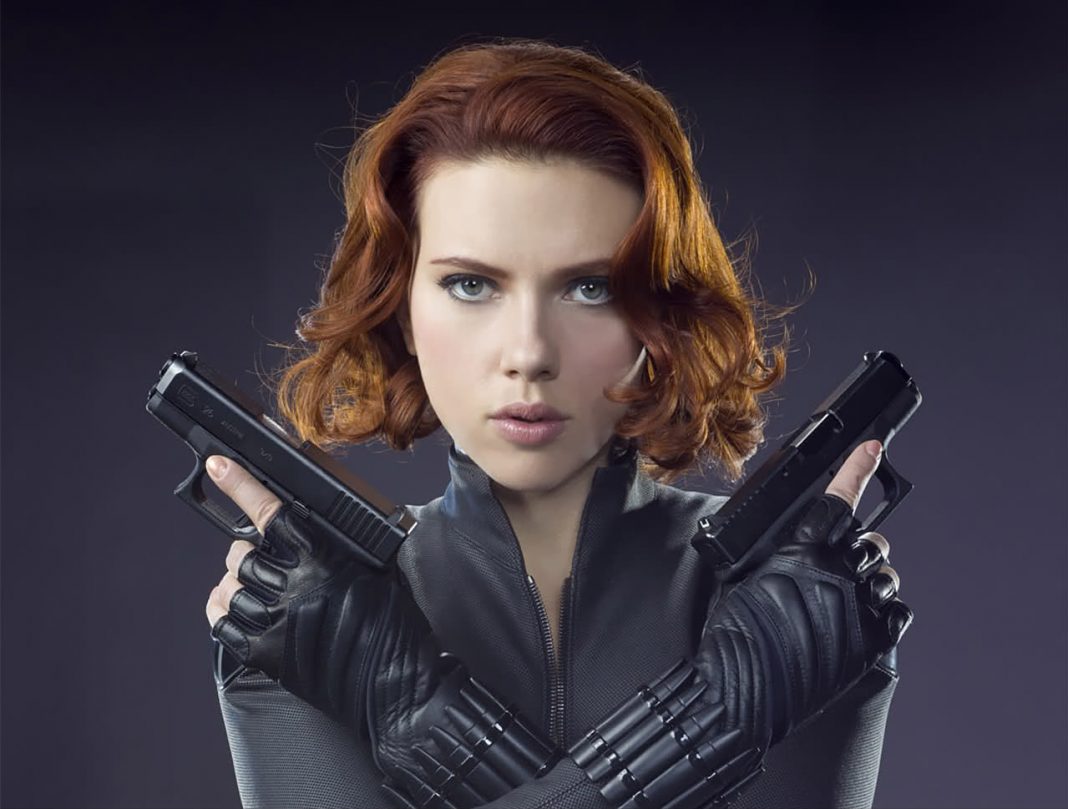 In a time when Marvel can do no wrong, the moment is right to give every character who paved the way for the MCU their fair due. At the top of that list is Natasha “Black Widow” Romanoff. She has become the “First Lady of the Marvel Cinematic Universe,” and if there is one character in particular who has the right to have their story told, it’s her. Yes, we’re all convinced there needs to be a Black Widow spinoff.

Marvel Studios’ Supreme Leader, Kevin Feige, seems to agree and is looking forward to the possibility of a Black Widow solo project. It also seems someone else is on board, and would even love to join a future Romanoff spinoff: Anthony Mackie. During a promotional tour for his new HBO movie, the Falcon himself spoke to Hitflix about a potential Black Widow movie.

“If they made a Black Widow movie, it would be more of a spy espionage-type movie, which would be great, to see a female James Bond or something like that.”

The idea of a Black Widow movie would be unlike anything else Marvel has produced yet; a straight-up spy thriller. However, nowadays Marvel movies are rarely a solo effort, so Mackie offered up Falcon’s assistance should it be needed.

“I would love, in any capacity, to be a part of that. I’ve always been a huge fan of Scarlett’s, and I’ve always, since I met her, just really admired her as a person. So in whatever capacity I would be used Falcon would fly for Black Widow. I think Black Widow needs a little bit of aerial support!”

So now we’re getting somewhere; Falcon and Black Widow heading into some sketchy situation unbeknownst to the rest of the Avengers. Still, is Sam Wilson the best character to show up? He still has ties to Captain America, and fans would just wonder why the airman doesn’t just call in Cap to assist in whatever trouble they get in to. So sorry Mackie, but Falcon may be grounded for a Black Widow outing.

So are any other familiar faces are going to show up? If so, who should it be? Well I’m glad you asked, because I have three ideas about which existing MCU characters should make an appearance in a future Black Widow movie.

-(And don’t think Hulk/Bruce Banner is appearing in this list. This is going to be a legit spy movie so all super-powered individuals should be left out in my opinion.)-

People Who Should Appear in a Black Widow Spinoff

For anyone who watches Agents of S.H.I.E.L.D., it appears the secretive agency is getting ready to emerge from the shadows. Part of that transition includes Phil Coulson stepping down as Director and falling back into an Agent role. With S.H.I.E.L.D. back in the fold, they might as well turn to their old top agent, Natasha. By letting Coulson and Romanoff run a task force together, Black Widow won’t be heading into any situation solo. Instead she can be the leader of an elite team alongside one of the most popular characters from Phase 1.

-Mockingbird and Agent May-

In that team should be the other top agents S.H.I.E.L.D. has produced. Bobbi “Mockingbird” Morse and Melinda “The Calvary” May would be a perfect edition to a team being led by Black Widow. Now don’t look at this as Marvel’s version of Charlie’s Angels; this would be The Expendables with three women who know how to kick some ass. Plus, if there was ever going to be a time to incorporate Agents of S.H.I.E.L.D. with the rest of the MCU, this is that moment.

This feels like a no-brainer, doesn’t it? Ever since The Avengers, we have seen the relationship between Hawkeye and Natasha Romanoff grow. She knew about his secret family and even snapped him out of Loki’s mind control. No matter how a Black Widow story would unfold, expect her closest friend to be right behind.

There’s also the chance that a Black Widow movie would be a prequel, depicting her career change from KGB agent to S.H.I.E.L.D. We can flashback to a time when Barton rejected the plan to take her out and learn how exactly she became the Avenger she is today. Plus, if it’s a prequel, maybe we can finally figure out what actually happened in Budapest.

I mean… come on. If S.H.I.E.L.D. is going to be involved in any capacity, then Nick Fury can’t be far behind. Also, we need Samuel L. Jackson, especially after he was sitting on the sidelines in Civil War.

So what do you think? Does this list work, or are we missing anyone? Should Captain America, Hulk or any other Avenger show up? Let us know what you think!