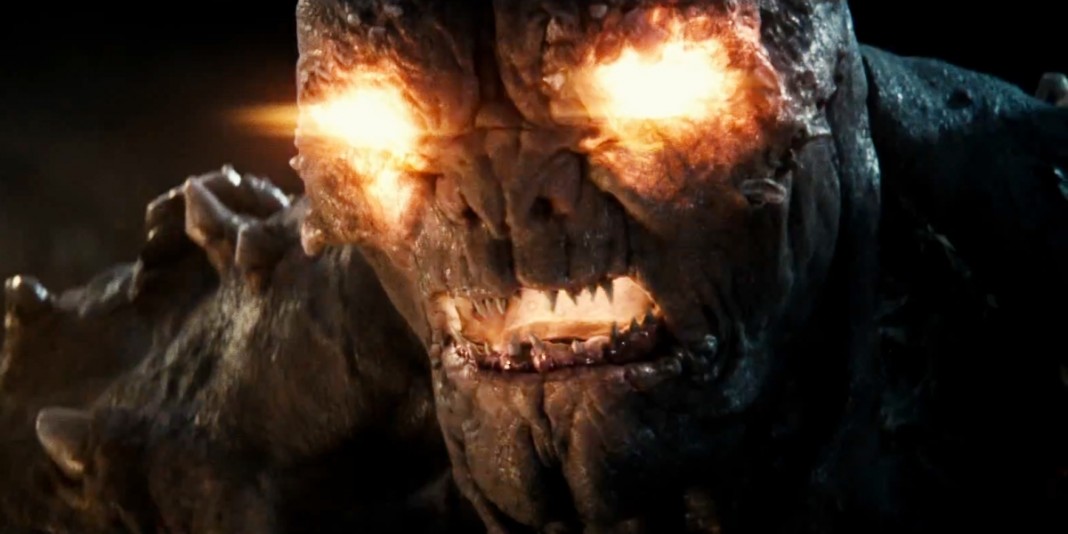 I went into the theater expecting to watch a horrific movie that will make me curse DC films forever, but I actually came out of it pleasantly surprised. I rate the film a solid 7/10, and find that the negative feedback about BvS has all been gravely exaggerated. Still, despite all the best scenes that I loved HERE, there are certainly some moments where I just had to roll my eyes so hard I thought they’d pop out of my head. Here are the dumbest and worst Batman V Superman moments for me. MAJOR SPOILERS AHEAD!

I’m still trying to get over the death of Mercy, who did nothing but look sexy and tell Bruce where the bathroom is. I was expecting her to kick some serious ass, but alas, she’s just another one of those unnecessary casualties that Snyder loves to dish out (R.I.P., Jimmy Olsen). Mercy’s death is just more proof that Lex has no clue what he’s doing, because it’s not even explained why he wants Supes and Bats to fight to the death. I guess Lex’s motivations, just like his stutters, are impossible to figure out.

I detested the fact that Batman has his own Bat-Stamp (patent pending). And then there’s the ridiculous logos for the superheroes in Lex’s secret files. I suppose Lex has already foreseen the marketing that the Justice League is gonna need, with all their logos front and center in his files.

And since I’m nitpicking, I wish Jason Momoa didn’t have to hold his breath during that breathtaking (heh) scene. It would have looked so much cooler if the King of the Seas didn’t have trouble breathing underwater, yes?

Never mind that the so-called greatest gladiator match in history could have easily been averted if only these two set aside their raging testosterone long enough to have a proper conversation. I love Batman—hell, I adore him. He is my fave comic book hero of all time, so yes, I believe he can win ANYTHING. But honestly, if you put him up against Superman, the most he can really do is deter him just like he’s done before in Batman: Hush, or disable him momentarily (just like he did in The Dark Knight Returns). But to flat out beat Superman? What. The. FunkyUnderpants. That’s just like the Hulkbuster beating The Hulk.

Also, how stupid can Superman get? He actually falls for the same trick twice with the Kryptonite smoke bomb. Fool me once, fool me twice, right? And to have Lois Lane save Supes from actual death? Plus, Lois just had to ruin everything by tossing that Kryptonite spear away and then gets trapped underwater, prompting Supes to stop his extremely important fight just to save her once again (how did he even hear that thumping in the midst of a heated battle?). Oh, Lois, Lois, Lois.

It’s already been established that BvS is trying to cram too much material into a single film, and that the scenes are just all over the place (why was Bruce even doing the narration voice-over?). DC is panicking and trying to hurry everything. I am a DC fan, but I gotta hand it to Marvel—they know what it means to carefully plan everything out without rushing everything like a complete amateur. But even after everything that BvS is trying to do, it still found the space to fit both The Dark Knight Returns and The Death of Superman together. It’s bad enough that Doomsday got dropped in the mix unnecessarily; what’s even worse is that Superman didn’t even have to die towards the end. Worst Batman V Superman moment ever. It’s just something that he had to do because the director told him to. It’s no wonder Clark Kent is so lifeless—maybe it’s a weird foreshadowing. The only light moment he ever had was when he and Lois had a brief moment of some sweet lovin’ at the beginning.

5. Batman tends to go out of character a lot.

So this is the kind of Batman who would just raise his arms in defeat when being targeted by a Kryptonian monstrosity, as opposed to the kind of Batman in the comics who would charge at Darkseid and risk getting zapped by a god’s Omega beams. BvS Batman is also the kind of Bats who would make snarky comments like, “I thought she was with you,” and then just patiently wait for his turn in the sidelines during the biggest fight of the century while his teammates fight Doomsday to the death.

I’m also wondering why Bruce is having all these weird nightmares all of a sudden, even regarding his parents and that Man-Bat jumping out of his mother’s coffin at him. Is he still suffering from Post-Traumatic Stress Disorder or something? And while we’re on the topic of weird Waynes, why do the employees of Wayne Enterprises have to wait for Bruce to tell them to evacuate before they get out of the effing building during the Battle of Metropolis? Here’s to you, Loyal Employee Jack, whose last person on his call log is Bruce Wayne telling him to leave the building at once.

6. You have to be a fan to understand the movie—or do you?

Non-comicbook fans have these things to ponder: who are those cameos in Lex’s secret files? Why is Bats having a weird dream sequence where he’s flat-out shooting people and battling with flying insects? And why is Martha Kent encouraging Clark NOT to be a hero instead of the other way around?

Even the Easter eggs in the film are things a comic fan would scratch his head over. Everything is already confusing as it is, and yet if it’s geared towards fans, it doesn’t feel like much fan service either with all the inaccuracies from the comics. The problem is most likely this—that the film doesn’t know whom it’s trying to please. And if the filmmakers are confused, then they can expect viewers to be confused, too.

What are your most cringe-worthy moments from the film? Or if you absolutely adored the film despite all the worst Batman V Superman scenes and want to bask more in Gal Gadot’s magnificence, check out the film’s best moments HERE!