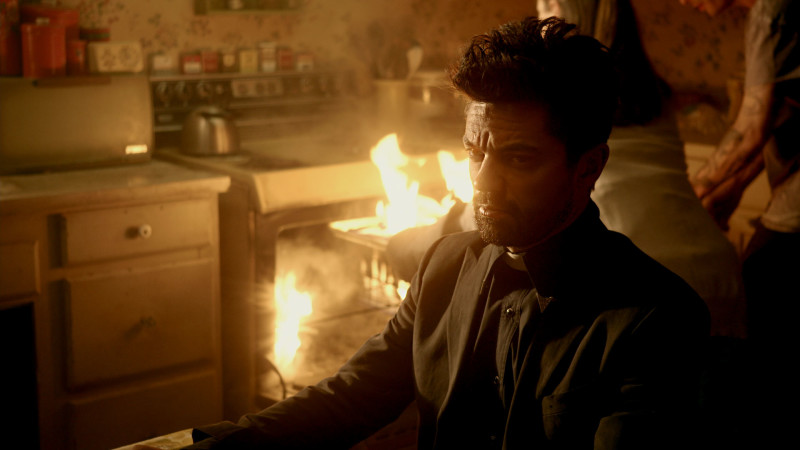 Fresh off the heels of last week’s cliffhanger, Preacher is back yet again, prepared to shock every viewer! As armies rise and histories come to light, Jesse attempts to deal with his latest mistake, sending Eugene to Hell. Meanwhile, Cassidy fears Jesse has lost control of his power, and Tulip struggles with the hand life has dealt her. Details on all of this and more lie ahead in The Source’s Preacher Episode 7 review!

The 7th episode of AMC’s new hit show, Preacher, can be summed up with one simple question:

Where do we even begin?

As a reviewer or a viewer, there was a lot to process this week! The best way to get through it is to go by character, specifically the three major characters in this week’s episode: Jesse, Cassidy, and Odin.

After accidentally sending Eugene to Hell, Jesse is stuck in a trance, unsure of what to do. Unfortunately he is still drunk on the power of Genesis, and he refuses to give it up! Despite Cassidy’s cries, Jesse stands firm and tries to justify himself, but he is just megalomaniacal. Additionally, Jesse avoids confessing to Eugene’s whereabouts when asked by his father, the sheriff.

Most importantly, Jesse pushes everyone away. One by one, each friend is forced to leave, insulted by Jesse’s new persona. It begins with Cassidy, who physically shows Jesse that he is a vampire. Once again, not sure how to react but still shocked, Jesse just ignores it and tries to move on. After this, he proceeds to push Tulip and even Emily away until he is finally alone.

In the opening scene of the episode, the viewer finds out that Cassidy witnessed last week’s cliffhanger. Hidden just above them, Cassidy watched as Eugene was damned to Hell. In response, he confronts Jesse. Not only does he want Jesse to give up Genesis, but he also wants him to show some sort of emotion for sending Eugene to Hell.

Thankfully this confrontation between best mates finally allows for the audience to learn about Eugene’s ultimate sin and his connection with Tracy Loach. To deny Cassidy’s claims of innocence, Jesse informs him of the dreadful deed. Awhile back, before Eugene had an arse for a face, Tracy Loach was awake and alive. She was loved by everyone, including the misguided Eugene. Without his love returned, Eugene, like every Preacher character, did something eccentric: he shot Tracy in the head with a shotgun, and afterwards, tried to kill himself with the same shotgun. Luckily — or unluckily, depending on your interpretation — they both lived. This is, of course, was different from the story from the comic, where Eugene and a friend attempted to commit suicide like their idol Kurt Cobain, but it added a new, intriguing dynamic to the series.

After going on a short hiatus last week, Odin was back for episode 7! After murdering the four people from Green Acres, the audience was baffled!

What is going on? I thought he had to serve God! Did Genesis not work? Is murder Odin’s way to serve God??

This week, we got our answer! In a conversation with Jesse, Odin confirms that he is not a Christian. Therefore, Jesse must live up to his end of the agreement and give Odin his land. Stunned, Jesse simply refuses instead of trying to use Genesis again. Unfortunately that decision backfires. At the end of the episode, Odin is leading an army of men, including bulldozers, to claim the Custer church and its land.

Like almost every week, Preacher is fantastic and continues to get better. As we build toward an undoubtedly incredible climax, the show still makes room for wonderful cinematography and little bits of humor.

Stay tuned next week for another episode of AMC’s Preacher and another review from The Source, your home for all things superhero, science fiction, and comic book related! 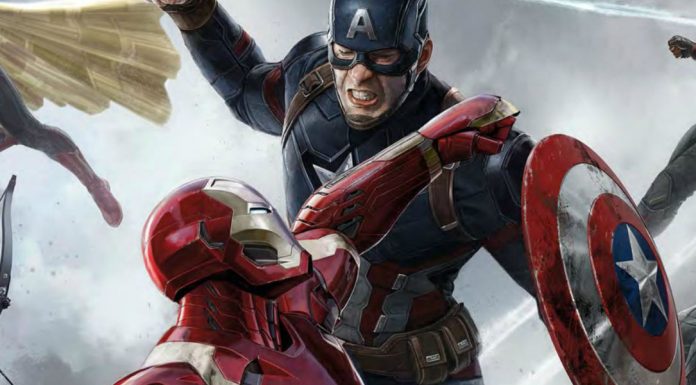