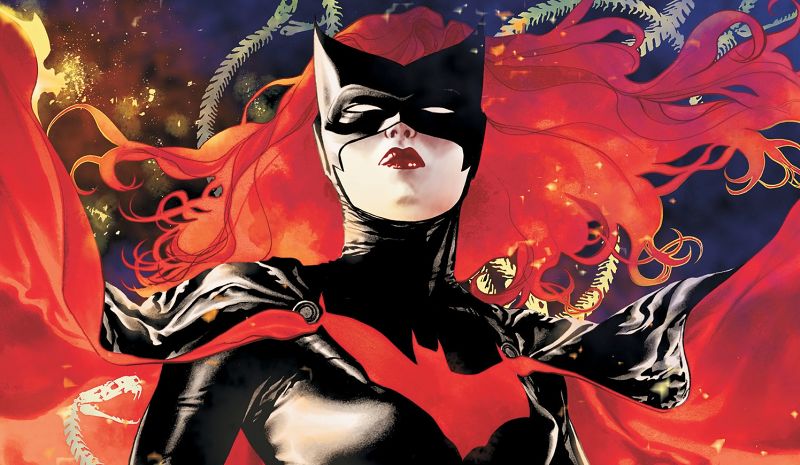 What? What the ####!!??? Firstly, this is a rumor; a source from Bleeding Cool has it on good authority that CW’s DCTV could introduce Batwoman, Oracle and Batman into the shared, DC/CW-verse, rubbing spandex-covered shoulders with CW stalwarts Arrow, The Flash, Legends of Tomorrow, and recent arrival, Supergirl. WHAT??

Again, just a rumor (or sack of rumors), but the source is pretty confident these announcements are forthcoming at this year’s San Diego Comic-Con.

So, let’s break down the RUMORED info regarding the POTENTIAL information that COULD be announced at San Diego Comic-Con…..or, introduced through another medium, or not at all since, y’know, these are currently unconfirmed rumors. Still with me? Fine, then let’s advance…together.

1. Floriana Lima will be joining the cast of Supergirl as Maggie Sawyer, an “out and proud” detective arriving in National City to join the newly established Science Police Division. According to the source, she’s bringing a little emotional baggage with her in the form of ex-lover Kathy Kane, aka Batwoman; she’ll be showing up in National City on occasion to solve crimes, and…uh…cause Maggie severe emotional distress.

2. Barabara Gordon will also be visiting National City on occasion, but in her Oracle iteration and NOT Batgirl. Babs will apply and direct super-persons to various, dangerous locales, comparable to her station in DC’s Birds of Prey series. And yes, Batwoman will be one such operative. Oh, and Babs and Kara will be like, besties.

3. Batman could insert himself into the shared DC/CW-verse as a series regular crossing over, without warning, into any or all of the CW-superhero offerings. At least, that’s the most economical way to utilize him since his earnings have to be shared with FOX (they own the character’s TV rights). Yep, the source claims The CW approached FOX to share the character for an agreed upon fee….which will be considerable, I’m sure.

4. John Wesley Shipp will become the newest series regular across the entire DC/CW-verse. And no, not as Barry’s beset upon father, but as freaking Jay Garrick.

5. Matt Ryan, aka John Constantine, might return to fill the void left by Vampire Diaries; the forthcoming season is indeed its last, and the network wants to stick with its horror-themed Friday Nights. Joined with Supernatural, a Constantine-starring series might actually pull in some choice ratings.

So…what do you think? If there’s any validity here, The CW might just have their own damn Justice League in 2017.