Superman will appear on Supergirl. Black Lightning is getting his own series on Fox. Lately, it seems like almost any DC character with a pulse can get a turn on our television sets. Still, DC has one of the deepest rosters of characters around, and if we dig a little deeper I’m sure we can come up with at least five more DC properties that could become television shows.

A while back, we did a story about DC Characters That Could Work on Netflix. I’m envisioning these shows being on broadcast television, be that network or cable. I’ll even tell you what network I think they’d work on.

Who? I’m so glad you asked.

I have very specific expectations for this show. It should use the 1980s Dennis O’Neil/Denys Cowan series as its bible. No Renee Montoya. No Crime Bibles. Just Vic Sage fighting corruption in Hub City with Tot and Izzy O’Toole serving as his Alfred and Gordon, respectively. The O’Neil series ran 36 issues so that gives the show a definite beginning and end. The story is grim and gritty which makes it a perfect fit for AMC, the home of The Walking Dead and Breaking Bad.

An earthling is transported across the universe by a Zeta beam. He falls in love with the daughter of the scientist who transported him. He begins a life of adventure on two worlds. This sounds perfect for SyFy. It’s a little Buck Rogers and a little Flash Gordon. Kanjar Ro could be a recurring villain, and you could also slip in Lobo and the Omega Men. Legends of Tomorrow taught us that DC’s sci-fi heroes can work on TV. Adam Strange will take it to the next level. 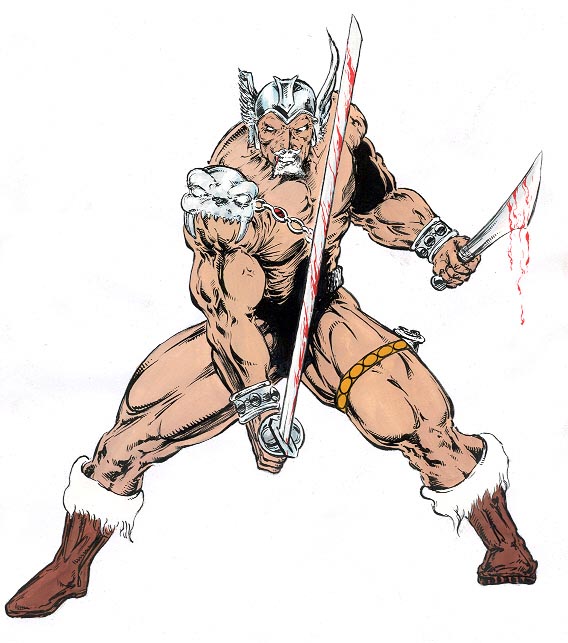 Vietnam veteran Travis Morgan flies a plane through a hole in the Earth’s crust above the North Pole and finds himself in the underground kingdom of Skartaris. There, he battles alongside the Princess Tara for the kingdom of Shamballa against evil sorcerers and warring kings. Game of Thrones anyone?  We’d obviously need to update the series so Morgan is a vet of a more recent war, but otherwise, this one is squarely in HBO’s wheelhouse. The end of Game of Thrones has been announced. Warlord could slide right into the void it will leave.

A pair of magical dials give Chris King and Vicki Grant the ability to change into superheroes. The catch? They are different heroes each time and the transformation only lasts an hour. I’d like to see the 80s gimmick of having readers/viewers submit the superheroes that are used revived. Imagine how many kid/tween/teen eyes Nick could draw to a series like this with everyone hoping their designs will be brought to life on TV.

Using his responsometers, Dr. Will Magnus creates six robots whose personalities and powers are reflective of their namesake metals. The team fights menaces like Chemo and Eclipso while trying to find their place in the world. This is the only series of the bunch that I think should be animated. I’ll even go so far as to say I’d like to see it animated in the Bruce Timm style. DC has a deep roster of voice talent they could tap into for the series. Who doesn’t want to hear Grey DeLisle voice Platinum? Comedy Central has always been willing to give eccentric animation a chance, so they seem like the perfect home for our robotic heroes.

Who did I miss? Tell me in the comments below.