When the Legends of Tomorrow, including the Atom, Firestorm, White Canary, Rip Hunter and Heat Wave, return to The CW on October 13th, they’ll be joined by newcomers Vixen and Citizen Steele. Why? Because their roster is currently shy one Hawkgirl and one Captain Cold. Anyway, to celebrate the return of DC’s time-hopping heroes, and following the release of official Arrow and Flash posters, comes, yes, the first OFFICIAL Legends of Tomorrow poster featuring Vixen and Citizen Steel.

And now, for the sake of visual convenience, let’s increase the size a bit-

So, when the season begins, the Legends are scattered throughout time and it’s up to Citizen Steel (Grandson of Commander Steel) to wrangle them back together. Now, they’re filling the role of Time Masters since the last batch had a less-than-spectacular go of it.

What does a Time Master do? Why, a Time Master investigates temporal anomalies or defends against the “rejiggering” of the time stream; it’s these responsibilities that put them into direct conflict with the “Legion of Doom,” including the likes of Damien Darhk, Reverse-Flash, the Dark Archer and…former Legends team member, Captain Cold.

Oh, and I’m sure the Justice Society of America will help out with the whole “Legion of Doom” business.

So, ready for the return of Legends of Tomorrow? Time isn’t. 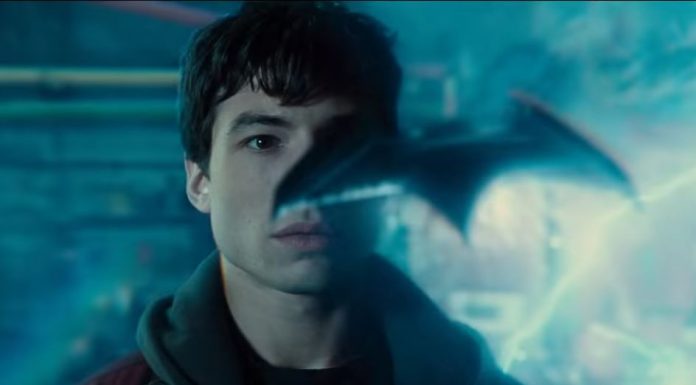 5 Things We Want from the DCEU Flash Movie!

Comic Book Entertainment: Have We Reached the Saturation Point?