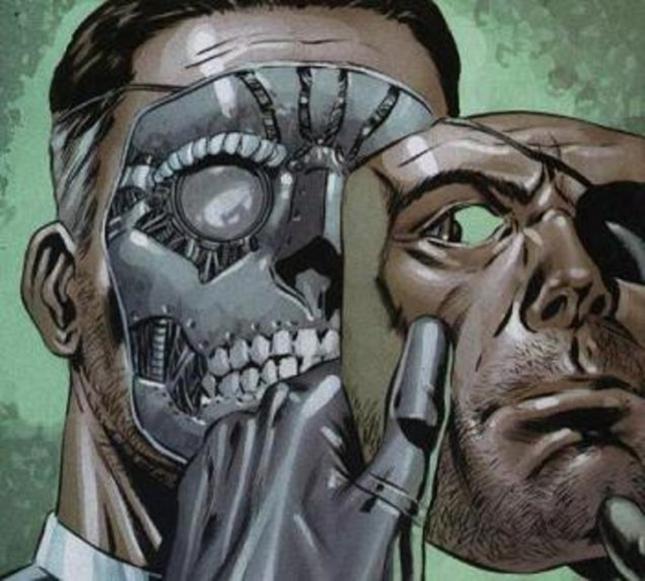 Agents of SHIELD is getting a massive makeover for Season 4. The Inhuman threat seems to be a thing of a past, Hydra was seemingly exterminated, and Phil Coulson was demoted from his role of Director. The times are certainly changing for the Strategic Homeland Intervention Enforcement and Logistics Division.

When we last left off, Hive was defeated at the expense of losing lightning-powered Inhuman Lincoln (as well as the carcass of former fan-favorite Grant Ward). Now, to gear up for next S.H.I.E.L.D. adventures (complete with a new timeslot – Tuesday’s at 10:00pm), ABC released a new synopsis for the upcoming season 4, including what new faces will be showing up.

In light of the Sokovia Accords, and with Hydra obliterated, S.H.I.E.L.D. has been legitimized again and no longer needs to operate in the shadows. Since the world presumes that Coulson is dead, the organization needed a new Director (Jason O’Mara) to be the face of the organization. Coulson finds himself back in the role as an agent and teamed with Mack (Henry Simmons), and together they are tasked with tracking down and confirming the presence of Enhanced people, aka Inhumans. They have been trying to track down and capture Daisy (Chloe Bennet), aka Quake, who has gone rogue in an attempt to atone for sins from the past. But with the world believing that Daisy is a dangerous outlaw who has taken down banks and bridges, the new Director has no qualms about taking her down for good.

Agent May (Ming-Na Wen) is tasked with training specialist strike teams, and Fitz (Iain De Caestecker) and Simmons (Elizabeth Henstridge) have taken a big step forward in their relationship. But with Simmons’ new promotion as Special Advisor to the Director in Science and Technology, Fitz, as well as her former team members, finds it hard to confide in or trust her since she’s now the Director’s confidant.

Robbie Reyes (Gabriel Luna) will roar into the lives of Agent Coulson and the team as a junkyard mechanic who can turn on a dime into the terrifying Ghost Rider. Will Robbie be a friend or foe to S.H.I.E.L.D. – as well as the world, itself? Meanwhile, Fitz discovers that socially awkward genius and friend Dr. Radcliffe (John Hannah) has started putting the finishing touches on a new, secret invention.

What else might we see in Agents of SHIELD Season 4? Glad you asked.

First things first… a new secret invention (how mysterious). Now if you recall, Dr. Radcliffe was celebrating after he finished his work on a realistic android. Those are better known in the Marvel Universe as Life Model Decoys. Tony Stark even made a quick reference to them during the early moments of The Avengers. Perhaps Dr. Radcliffe perfected the work on LMD’s after working on the prototypes S.H.I.E.L.D. had (sure it’s not confirmed, but come on – Patton Oswalt’s characters were LMD’s! They had to be!!!)

While Agents of SHIELD can go in many directions, it shouldn’t be a shock if the Life Model Decoys become the primary threat by the end of Season 4. The Inhumans seem to be a thing of the past (it even looks like they’re going to be called “Enhanced” from now on), so the show is going to need a looming threat. What better than a bunch of killer androids that turn on their creators? Sure, that sounds a lot like Age of Ultron, but after defeating terrorists and aliens, there aren’t  many routes to go for a proper villain, unless…

With Coulson’s Task Force tracking down Quake and other “Enhanced Individuals,” they’ll eventually be drawn to the mechanic who can burst into flames. We all know Ghost Rider’s powers aren’t Inhuman-based and showrunners have previously said Season 4 will flow with Doctor Strange by introducing magic and mysticism into the show. This would be a major turn for a show that relied heavily on science. But how far will Agents of S.H.I.E.L.D. delve into the world of magic?

The question that arises is, will any iconic Ghost Rider villains become an antagonist for Coulson and company? That would easily force an alliance with Reyes and S.H.I.E.L.D., but could a character such as Mephisto work in the non-demonic world created by the show? They could always take a page from Agent Carter who brought in a Zero Matter-induced Whitney Frost as the big bad villain. That show successfully combined the mysticism of Zero Matter with the science of Carter, Howard Stark and the rest of the S.S.R. It’s not easy to blend the two, so here’s hoping the minds behind Agents of S.H.I.E.L.D. know what they’re doing by bringing the world of Ghost Rider into the show.

This is the one thing I find hard to believe. Is Hyrda really finished in the MCU? Obviously they will return in the future (the whole ‘cut off one head’ thing), but is there a chance we might not see the longstanding S.H.I.E.L.D. rivals in the upcoming season? Sure, SHIELD will be busy with the “Enhanced,” LMD’s and possibly even demons… but are they finished going head-to-head with their evil doppelgangers? It sure seems like it.

Agents of S.H.I.E.L.D. is always taking its cues from the bigger movie-based MCU products. If Hydra isn’t going to be in the plans for members of The Avengers, then it wouldn’t be shocking if Marvel pulls the organization from the show to save their re-reveal for a later date (a good guess would be Ant-Man & The Wasp in 2018). It’s hard to imagine Hydra no longer being a thorn in the side of S.H.I.E.L.D. But it appears our favorite Agents are moving on to bigger and better things.