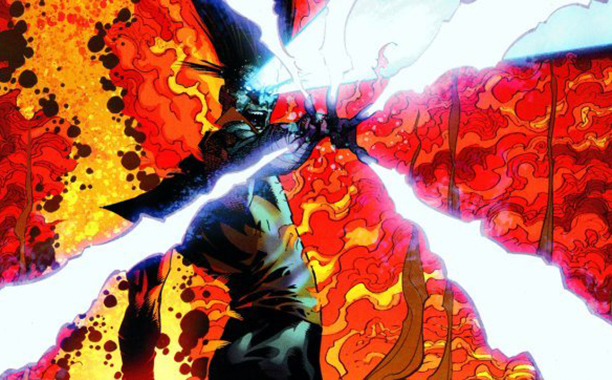 Remember when I told you all about the proposed FX series, Legion? A show based on Professor Xavier’s schizophrenic son, David Haller (Dan Stevens), a mutant stricken with embattled, uniquely powered multiple personalities? Remember when I told you that this series, tenuously connected to the X-Men movie universe, was having its pilot written and produced by renowned creator, Noah Hawley? Well, the pilot was apparently a hit, because FX just picked up the series. Yep, FX officially picked up the X-Men Legion series.

Nick Grad and Eric Schrier, Presidents of Original Programming for the FX network, made the official announcement:

“We’ve come to expect excellence from Noah Hawley and with ‘Legion’ he has delivered another major creative achievement,” said Grad in a statement released via Marvel.com. “Just as he did in reimagining ‘Fargo,’ he is bringing an entirely new aesthetic and sensibility to the enormously popular and richly represented X-Men world. The pilot episode is stunning, driven by incredible performances from Dan Stevens, Aubrey Plaza, Jean Smart, Rachel Keller and the rest of the cast. We join our producing partners at Marvel in congratulating the creative team for what they’ve accomplished and are as excited as the fans for the premiere of ‘Legion’s’ first season.”

“Marvel Television is thrilled to not only have our first partnership with FX go to series, but working with the enormously talented Noah Hawley makes it even better,” said Executive Producer and Head of Marvel TV, Jeph Loeb, “From the first time we heard Noah’s vision to his exceptional script and cast through the extraordinary filming of the pilot, we knew the series would be incredible.”


Again, the connection to the X-Men movie universe is tenuous at best. Heck, his relationship to Xavier might be completely removed from this particular continuity. I guess we just have to trust in the burgeoning talent of Noah Hawley.

Check out Marvel’s official synopsis-“Legion introduces the story of David Haller: Since he was a teenager, David has struggled with mental illness. Diagnosed as schizophrenic, David has been in and out of psychiatric hospitals for years. But after a strange encounter with a fellow patient, he’s confronted with the possibility that the voices he hears and the visions he sees might be real.”

So, excited for Legion?

What Civil War Did Right (That Batman V Superman Got Wrong)

Check out the New Marvel Comics Arriving on 1/27!