Home TV News Has The Defenders’ Main Villain Been Revealed? 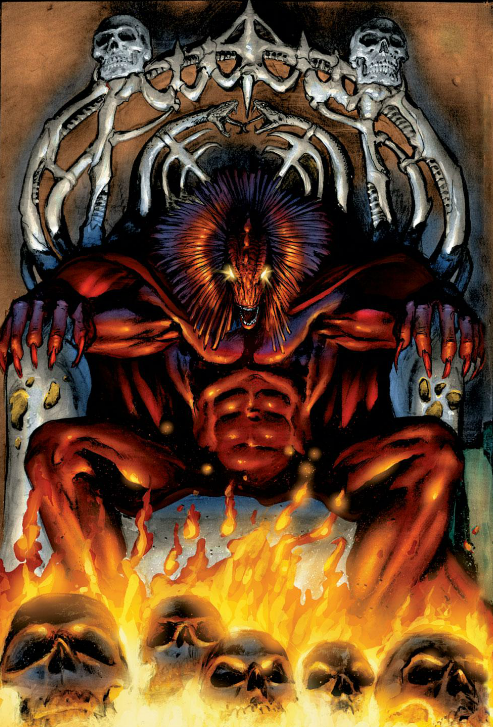 At some point next year, it’s believed that Daredevil, Jessica Jones, Luke Cage and Iron Fist will join forces to become The Defenders. The Netflix series will be the culmination of the partnership between Marvel and the streaming service; it’ll be the television equivalent of the Avengers, with a super-team emerging from the four characters’ solo outings.

A series like The Defenders is going to need a huge villain. Kilgrave and Kingpin have been great, but this time Marvel is going to have to go bigger. According to ScreenGeek, The Defenders will have their hands full with a character that can literally burn the house down.

“Marvel is talking about setting Mephisto as the prime antagonist for the Defenders,” an unnamed source close to the situation confirmed. “Some may say that this villain wouldn’t fit the TV shows but that’s why they’re incorporating Iron Fist – to set up the supernatural element.”

Uh-oh… unnamed source alert. It’s always important to take these rumors with a grain of salt, but it’s a fun idea. Plus, Mephisto is someone that could help establish a connection to other Marvel properties rumored to be heading to Netflix soon.

“This would also help set up the next phase of the Netflix shows, as Moon Knight, Blade, and Ghost Rider are being considered.”

It’s a fun character that has already appeared in Marvel films before (although not within the MCU). Peter Fonda played Mephisto (going by Mephistopheles) in 2007’s Ghost Rider – you know, the one with Nicolas Cage – back when the franchise was with Sony/Columbia Pictures. Mephisto also turned up in the sequel Spirit of Vengeance, but it’s best to pretend that movie never actually happened. Mephisto is a great character, especially when you realize what he can bring to the table.

To simplify it, he is Marvel’s Devil; the Lord of Darkness. Lucifer, if you will. Mephisto is an ancient immortal demon who manipulates the forces of magic to do his evil bidding. Sure, he has been defeated, and his body killed, but he always returns, and sometimes with a brand new look (but more often than not, he shows up in his usual shade of red). Much like the Devil everyone knows and loves, he deals with pacts, agreements, and contracts. The best example was his deal with Johnny Blaze, taking his soul in exchange for saving his father’s life (thus becoming Ghost Rider following the pact).

However, Mephisto has a long and storied history with various Marvel characters. He was first introduced back in the late 60s as a foe for the Silver Surfer. Thor, Daredevil, The Fantastic Four and even Doctor Doom have had grievances with Mephisto. He was even critical in The Infinity War series, serving as an adviser to Thanos himself (he even tried to steal the Infinity Gauntlet). He’s an often overlooked villain, but one who can be a great addition to the MCU.

How Can Marvel Make It Work?

The biggest concern about the rumored Mephisto/Defenders connections is how Marvel can tie such an abstract character to the grounded Netflix series. Sure, Daredevil incorporated some mysticism into season two, especially with reincarnation through the mysterious casket The Hand possessed. Also, Jessica Jones had no problem bringing super-powers into the Netflix fold, including mind control thanks to Kilgrave. Still, there would be a big leap going from magic and powers to unleashing a full-blown demon.

Now, once Iron Fist makes his debut, magic will have entered the world of Marvel’s Netflix series (and perhaps solve this problem altogether). The Defenders will also be able to spin off any mysticism that gets released from Doctor Strange‘s flick. Perhaps Strange opens a portal to other dimensions, Iron Fist exasperates things, and Mephisto is able to make his presence known, forcing The Defenders to team up and protect New York City in the process. (It will be difficult for Marvel to make Mephisto strong enough to unite The Defenders, but not strong enough to warrant an Avengers intervention.)

It’s almost impossible to question anything Marvel is doing at this point. The movies are regularly crushing it at the box office and the Netflix shows are some of the best television out there. The studio constantly puts talented, creative minds behind their projects, so it’s hard to derail any excitement towards a future show. Basically, if you had to trust one company to incorporate the Devil with superheroes… Marvel would be at the top of your list. If Mephisto does end up going head-to-head with The Defenders, the best brain-trust in the business will be pulling the strings that showdown’s strings. 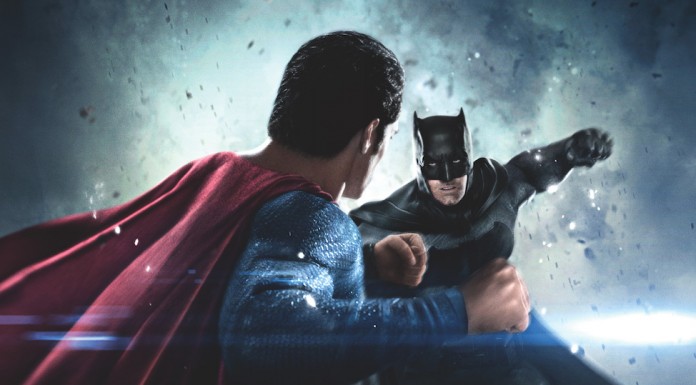