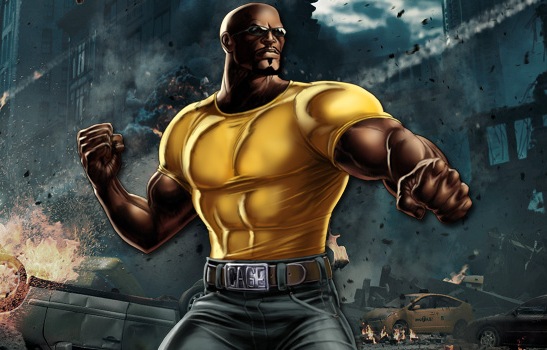 Many people across the globe are still trying to comprehend seeing their favorite Marvel characters in Civil War. Others are looking forward to the possibilities of what Doctor Strange can offer. Yet there is still very little known regarding the next Marvel hero to take center stage: Luke Cage. Sure, Cage was a major player in Season 1 of Jessica Jones, but when it comes to his own show, Marvel and Netflix have been tight-lipped. A brief teaser aired following the final episode of Season 2 of Daredevil, but it still didn’t give a glimpse as what to expect. Well, that changes now; straight from the horse’s mouth (the diamond-hard horse), it’s Mike Colter on Marvel’s Luke Cage.

In an interview with Entertainment Weekly (which was live-streamed on Facebook), Mike Colter sat down to talk about some of the details a Luke Cage show has to offer, including the kind of folks the “Hero For Hire” will be going up against.

“There are politicians and then there are shady characters that function on the other side of the law. Who does what? I won’t say, but this becomes a situation where there are a lot of people who want to help Harlem and think they have Harlem’s best interests, but, ultimately, just because they think or say they have Harlem’s best interests, sometimes they’re being very selfish or being very short-sighted. So sometimes what they’re doing is actually harming the community.”

So it looks like we’re heading uptown. Luke Cage will take the Netflix viewers out of Hell’s Kitchen and up to Harlem, where Cage will try to clean up the area by taking on its corrupt Politicians. It remains to be seen if Alfre Woodard will become an enemy of Cage, or even if her character will have anything to do with her appearance in Captain America: Civil War (if she plays different characters, that would just be weird). Still… there will be plenty of other opponents and situations that Luke Cage will have to get involved with.

“Luke is a person who likes to… he observes and he listens and he takes in to account what people tell him and he’s a pretty smart guy himself and he understands that some peoples’ way may not be the best in the big picture. So ultimately Luke has to get involved because there are a lot of things that happen, a lot of people get hurt… a lot of lives are lost and unfortunately he’s the only one who is capable of actually helping deal with this because sometimes the law enforcement is actually not the best because they’re not aware or they’re not capable, or maybe they’re corrupt. So, without getting into too many details, Luke Cage is gonna have to step up and be the man.”

So it’s not just corrupt politicians… but corrupt Cops as well. Looks like Luke Cage is going to have his hands full when his show begins streaming September 30th. It also sounds like the issues in front of Cage are nothing like what we’ve already seen with the other two Netflix series.

Daredevil did have its corruption, but most of that was overshadowed by Ninjas; there was a lot of shady Ninja activity going on in Season 2. It also dealt with corporations trying to take over Hell’s Kitchen by any means necessary. Sure, shady cops were involved, but Kingpin and his cronies were the primary focus.

As for Jessica Jones, her film noir story centered around her relationship with Kilgrave. It also involved her superhero relationship with Luke Cage. You’d have to assume a Jones cameo is on the horizon, but will she have as big an impact as Cage had on her show? That remains to be seen.

Luke Cage could be a breath of fresh air for the Marvel/Netflix series (whose roster seems to grow on a monthly basis). Sure, he’s getting his own arch nemesis in the form of “Cottonmouth” Stokes, but there will be plenty of other individuals that will try to take down Power Man in the process. A singular, determined individual vs. the NYPD story could be amazing (especially if it can organically intertwine current, real-life tensions as well).

Daredevil and Jessica Jones have put high expectations on Luke Cage. Netflix is proving to be a powerhouse when it comes to super-human television shows and they’ve already delivered some of the best, emotionally charged characters in the MCU. Let’s hope Luke Cage continues their streak of putting out great Marvel stories and characters. But when you have someone as passionate for the product like Mike Colter… good things are bound to manifest. 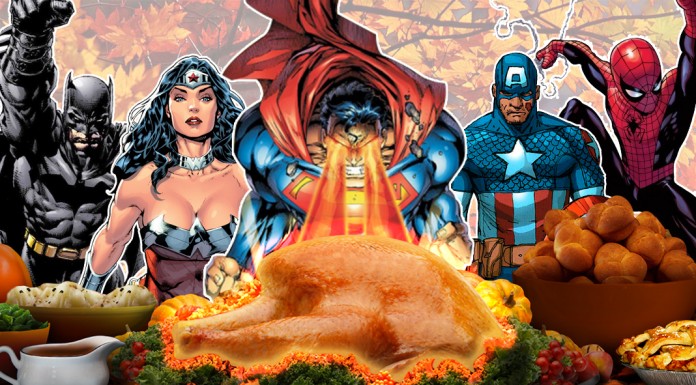 What Are Superheroes Thankful For? Plenty!

Matt Murdock Might Be Forced to Kill in Daredevil Season 2