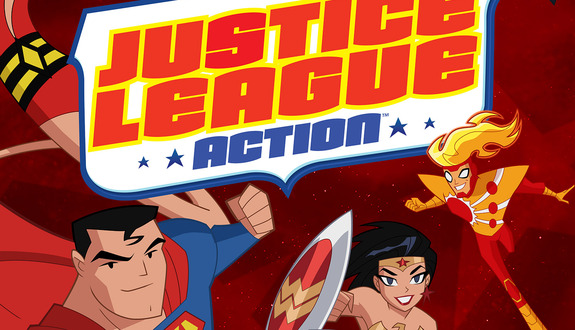 Only 90s Kids Will Remember

Technically, the Justice League cartoon came out in 2001. But, it was a staple amongst the other great cartoons from Cartoon Network. The show connected Batman: The Animated Series and Superman: The Animated Series, with animator Bruce Timm as the executive producer. This collaboration could be comparable to what the DC movies are doing today, only done much better.

Justice League and its successor Justice League: Unlimited are what introduced me to all the well-known DC superheroes. I recorded the shows on VHS tapes (kids, look it up) and now, I even own the DVD box sets. This superhero mashup combined the grittiness from the animated Batman cartoon (even voiced by Kevin Conroy himself) and a lightheartedness you’d expect from a kid’s show.

Despite being a cartoon, The Justice League still included some serious and dark undertones, adult lessons and situations. If you’re looking for that same kind of nostalgia with Justice League Action, I’d say not to get your hopes up. Just like Teen Titans Go, this new rendition seems to cater to younger audiences.

Just like its predecessors, Justice League Action will premiere on Cartoon Network. Kevin Conroy (Batman) and Mark Hamill (aka the best Joker) are reprising their roles. If you are interested in watching this new show, you can at least be comforted with familiar voices.

We knew we were getting a new Justice League cartoon. We’ve even talked about it on this site. With the three new TV spots, we now have an idea of what kind of show we’re getting.

First, if I’m being completely honest, watching a few of the members of The Justice League being forced to dance is a little unsettling. This kind of campiness is exactly why we needed movies like Batman Begins and its sequels; DC had become too corny. Of course, I understand that they want to appeal to children, but…well, you can watch for yourself:

This is not the first time a beloved cartoon has been brought back, only to be a slight disappointment to older viewers. Teen Titans was a great cartoon and then we got Teen Titans Go. Even the darker Transformers: Prime was followed by Transformers: Robots in Disguise.

I can only guess that Justice League Action is getting a ‘for youngins’ makeover due to the dark tones of the DC movies. While TV shows like The Flash can be lighthearted at times, the Arrowverse itself is pretty adult. Because of this, I have to guess the producers wanted to give the children something, too.

Five of the Most Underrated Superhero Teams!