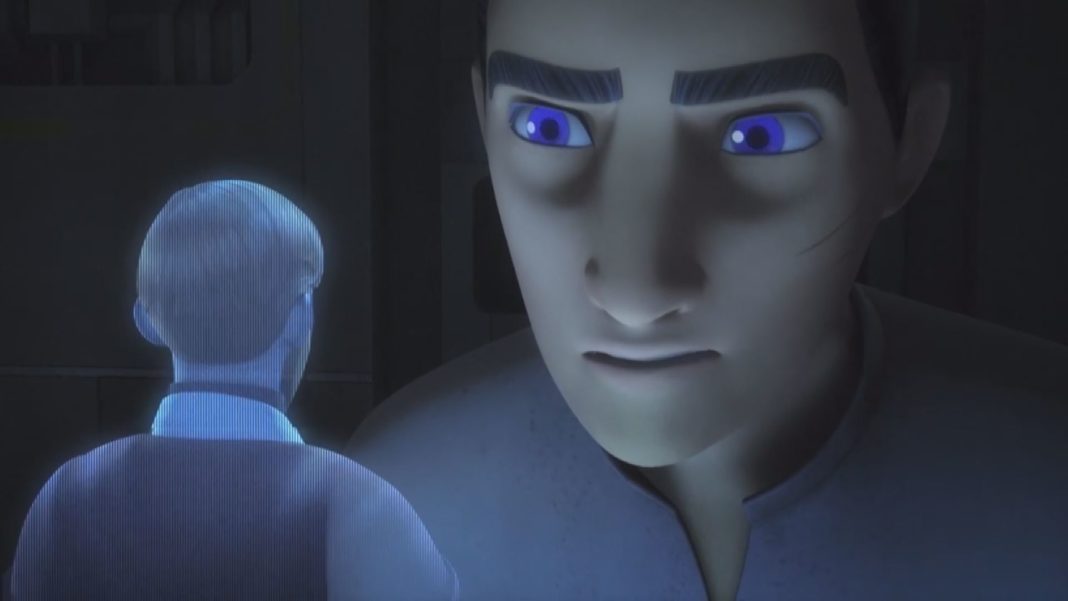 Are you stuck in a Star Wars hangover? Did repeated viewings of Rogue One force your mind to dive off the deep end as you languished over the fact that there won’t be another Star Wars movie for a whole eleven months? Don’t worry, because Star Wars Rebels has your back.

The show has released its latest trailer for the second half of season three. Too much awesomeness was crammed into the short two-minute preview. If I was forced to break it down frame-by-frame, my writings would turn into a psychotic manifesto about connecting dots between a terrific show and an amazing movie. So, let’s simplify everything and take a look at the five revelations we gleaned from the latest Star Wars Rebels trailer.

Let’s start with the biggest shock of them all: we are heading to Tatooine and rekindling our love for Obi-Wan Kenobi. The trailer begins with the Ewan McGregor incarnation as he delivers the holo-vid warning left behind for Jedi as seen in Revenge of the Sith. It appears that message might lead the crew of The Ghost to search for the reclusive Jedi Master. However, they’re not alone.

The trailer ends with Alec Guinness’ Obi-Wan camping out on his desert homeworld, when who comes wandering up? Darth Maul! Is Rebels seriously going to deliver Obi-Wan vs. Maul Part II: The Desolation in the Desert?? If you thought Vader vs. Ahsoka in season two was the Force battle you always wanted… think again! We need to see if Obi-Wan will slice Maul in half once again. or find a nice Sarlacc pit to dump him in!

There was some excitement when it was revealed that Saw Gerrera would be hitting the small screen again on Rebels. Now, we get our look at Mon Mothma joining up with the show, riding shotgun alongside Captain Hera (will she become a General by season’s end?). It appears that the connections between Rogue One and Rebels are going to continue to build (more on that later).

However, the arrival of Mothma brings an increased presence of the Rebel Alliance. We’ve seen the members of The Ghost interact with key figures in the Alliance, mainly Wedge Antilles, Commander Sato, and even Princess Leia. However, now we are seeing the show’s flagship vessel, The Ghost, alongside other iconic ships of the Rebellion. It appears after two-and-a-half seasons, Star Wars Rebels is finally going to live up to its title.

I mean… how many action sequences are going to be included in the remaining episodes? We’re getting space-filled assaults on multiple Star Destroyers. There’s Saw Gerrera and Captain Rex taking on a battalion of battle droids. And was that Chopper wielding a blaster? It seems there are plenty of adrenaline-filled moments coming, including a great arc featuring Sabine.

Oh, yeah… Mandalorian showdown with Sabine holding the black saber! Wait… wasn’t “black saber” one of those code words Jyn and Cassian encountered while going through the Empire’s plans on Scarif? If you’re looking for more Rogue One, this upcoming half-season of Rebels is becoming a must-see.

And speaking of Rogue One, we’ve got Death Troopers! The elite Stormtrooper killing group has only been seen alongside Director Orson Krennic. It appears that he wasn’t the only Empire officer to have the elite soldiers by his side; Admiral Thrawn is also using the badass black Stormtroopers as his own personal guards.

With the growing connections between Rebels and Rogue One, it makes you wonder what other connections the movie and TV show will share. Will we get to see beige Shoretroopers? Perhaps some AT-ACT’s? There’s also the possibility of the Guardians of the Whills showing up! I mean, if Rebels is heading to Jedha to track down Saw Gerrera, perhaps we can see blind Kanan have a run in with another blind Force user… Chirrut Îmwe! Îmwe and Baze Malbus were two massive highlights from Rogue One; their backgrounds could easily be fleshed out further thanks to an episode or two of Rebels.

5. Could This Season End with Scarif?

There’s been rumblings that Rebels could end following this season since the events after the show lead directly into A New Hope. So, with that said, could we possibly get an amazing ending to the series by showing a different angle of Rogue One‘s climactic battle on Scarif? Take a look at this image…

Sure, it just looks like a shuttle coming out of hyperspace… but look a little closer. Multiple Star Destroyers. A blue planet. Does it possibly have a glowing shield around it? We know The Ghost appears alongside the Rebel Fleet at the end of Rogue One, so now the door is open to see the assault on Scarif from their point of view. If these remaining episodes of Rebels lead to the show’s finale, then you can have no better ending than a great movie and great show sharing the same final moments. It’s synergy only Disney and Lucasfilm could successfully pull off. 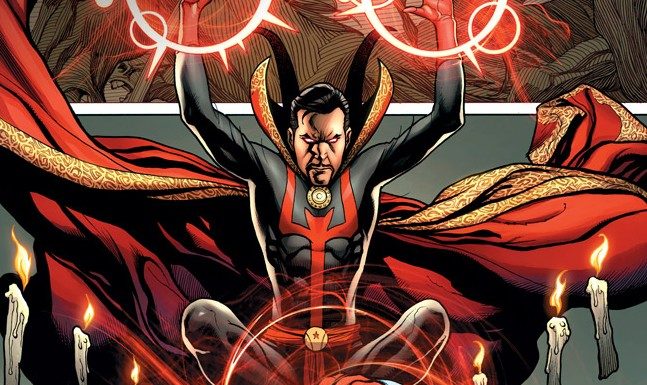 Which Avenger Will Turn Up in Doctor Strange?

The Top Ten DC Books of 2016: Counting Down to REBIRTH’s Best

Check out the New Marvel Comics Arriving on 2/3!