A familiar face returns, a new super powered antagonist emerges, and a mysterious organization comes out of the shadows… looks like Agent Peggy Carter is going to have her hands full this season. So What did we learn from Agent Carter‘s third episode “Better Angels”?

1. Howard Stark is the Man

When Agent Carter needs access to the all male exclusive club The Arena Club (more on them later)… she turns to everyone’s favorite 1940’s Billionaire for help… Howard Stark. His new life of running a movie studio and entertaining dozens of women by the pool has become dull and Stark is quick to join in the action, not only in bringing chaos to the Arena Club, but solving the SSR’s Dr. Jason Wilkes Problem.

You might remember Wilkes as Peggy’s new beau. He was also seemingly blasted out of existence thanks to “Zero Matter”. Well it turns out he was just sent to another reality…. (could this be the Dark Dimension?)… and is basically a specter in our realm. Thanks to Stark’s recent exposure to 1940’s film including silver nitrate… he is able to create a concoction that brings Wilkes into focus.

The best part of “Better Angels” was the scientific work of Howard Stark. It began with him teaming with Jarvis… creating the chemistry for his Wilkes saving potion. Then working around the clock to figure out how to bring Wilkes back from wherever he was sent to. Interacting with Jarvis? Working around the clock? Well this sounds a lot like the Tony Stark we’ve come to love. Seeing the similarities between Howard and Tony in these short scenes was amazing. Well done Marvel.

Did I just mention the Dark Dimension? Of course I did. Ever since Darkforce was introduced in the form of Zero Matter, it was only a matter of time before we saw it as the gateway to the Dark Dimension. We saw a glimpse of it’s power in the season premier as Zero Matter consumed military testing equipment. It then devoured Dr. Wilkes before attaching itself to a new host (stay tuned for that). Clearly Zero Matte” will be the main focus on this season of Agent Carter and could soon be involved in another feature.

That would be Doctor Strange. We know The Dark Dimension and Darkforce will be a primary subject in the plot. So Agent Carter is giving us our first look at the stuff, similar to Agents of SHIELD introducing us to Inhumans. Synergy at its best.

3. Whitney Frost isn’t who she says she is.

Once Dr. Wilkes is able to interact (thanks again Howard), he spills his guts and our heroes learn the truth about Hollywood’s biggest starlet, Whitney Frost. She is infact super intelligent Agnus Cully… and the true brains behind the villainous energy company Isodyne. So to the dismay of some Marvel fans the name “Whitney Frost” could be nothing more than a inside joke… and she will not become her comic counterpart Madame Masque.

However, Frost… uhm, Cully… could become more. As the new host of Zero Matter, we saw her experience her power first hand after destroying and then absorbing a creepy movie director (played by Randy Sklar in an underutilized role). The power inside the artist-formerly-known as Whitney Frost is impressive and will give some issues for Carter and the rest of the SSR. It could even affect those member of the secretive Council of Nine.

4. “The Council of Nine” could be Hydra

A mysterious all men’s organization that secretly plays out as the 1940’s Illumanati. They pull all the strings and are in the process of getting Frost’s husband (Isodyne CEO Calvin Chadwick) elected Senator. The Council also seems to know about Zero Matter, but don’t know the true power is possesses. Wanting it destroyed, they’ll probably be fumed to find out the substance is lurking inside a member’s wife. However, there is something familiar about this group. 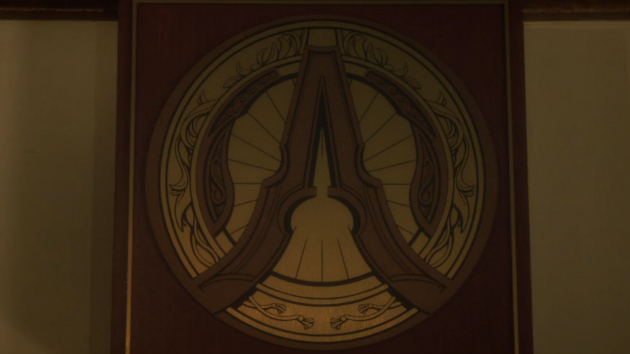 This is the council’s logo. It’s also extremely similar to some of the older logos of Hydra that were revealed during a recent episode of Agents of SHIELD. Now Hydra is always the answer when Marvel needs a secret villainous group, so it should come as no surprise when The Council of Nine becomes the “Secret Empire” (a Hydra subsidary). We know they include the most powerful men… including The US Department of War’s Vernon Masters (played by Kurtwood Smith). Hydra is ever reaching, so it should be a surprise if their tentacles reach to the top brass of the 1940’s.

It looks like we know the main storylines in this season of Agent Carter. The continuing mystery surrounding “Zero Matter” and the role it will play inside Whitney Frost. The power of the Council of Nine and it their true identity will be revealed. Can Dr. Wilkes be recovered from the Dark Dimension? Will Dottie Underwood make her way to the west coast? I guess we’ll have to tune in next week to find out. 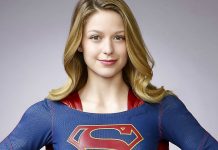 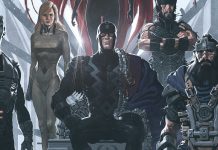 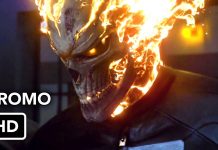