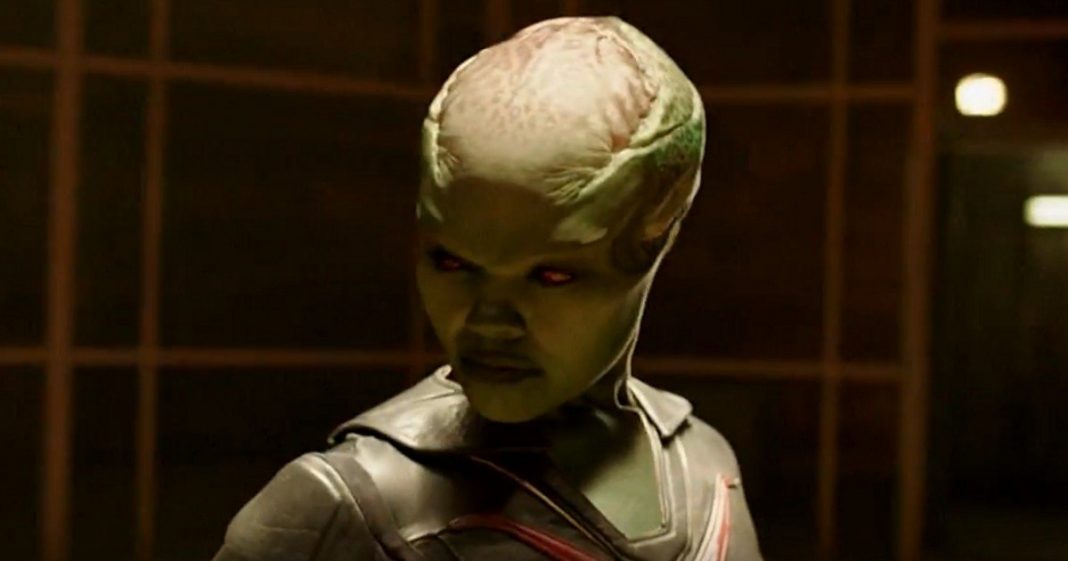 These are the 5 things that kicked us in the parietal lobe (and sometimes in a good way) as we watched Supergirl Season 2 Episode 4: “Survivors.” And, our observations are a little “spoilery,” so…if you’re catching this tonight, I would bookmark this article and join us tomorrow morning. Still with us? Good, we’re always glad to have ya’.

Now, I know that Mon-El isn’t going to completely mirror his lily-white, pure Silver Age self and I don’t want him to. But frat guy Mon-El? Really? I never imagined I’d see Mon-El on prime-time TV, and even if I did, I wouldn’t imagine I’d ever see Mon-El doing shots. I know Supergirl is on the CW now, but do we have to get so CW? Yeah, young people party CW, I get it.

Good gravy, how perfect is Dichen Lachman as Roulette? From the costume to the tats to the haughty attitude, Roulette is ripped right off the comic page. I wish we got a bit more insight to life inside Roulette’s fight club, but jeez, talk about a perfect comic book to TV adaptation. Of course, now Lachman becomes one of the very few actors who have been part of the Marvel and DC Universes. Lachman played Daisy’s Inhuman mother on Marvel’s Agents of SHIELD.

Yup, they’re going for a romance angle with Alex and Maggie Sawyer, and I approve. Alex deserves her own romantic interest so why not go that route? The whole flirtation with Maxwell Lord went nowhere last season (where is Lord anyway?), and Sawyer has enough DCU cache to make a potential romantic link with Alex very welcome. Things get a little soap opera-y when Alex’s Sawyer’s current girlfriend is introduced, but I’m sure sparks will fly very soon between Maggie and Alex. And one wonders how Kara will react to this welcome if unexpected direction.

Alright, I really did enjoy Roulette, and her arena is a great way to introduce Miss Martian into the fold, but can we call a cease and desist to the concept of the underground fight club in genre TV shows now? It’s gone from trope to cliché very quickly.