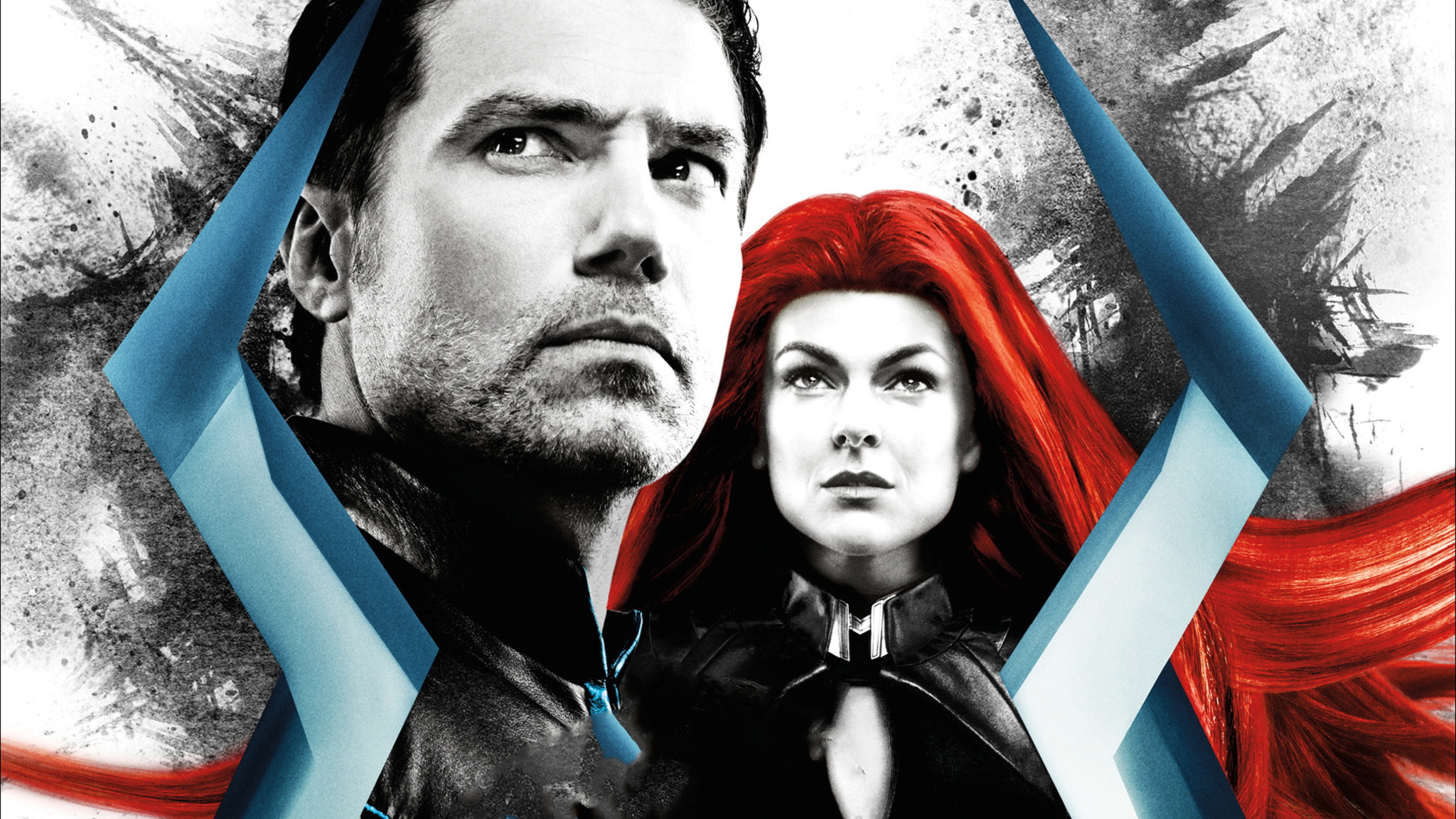 Before I get going, just know that spoilers for the upcoming Inhumans television show will be dropped. So, if you want to avoid spoilers I suggest you turn back NOW. There’s not a lot worth spoiling… but you’ve been warned nonetheless.

Welp… it finally happened. Back in 2014, Marvel Studios President Kevin Feige stood on a stage and announced The Inhumans were coming to The Marvel Cinematic Universe.  However, the movie release date was pushed further and further back until it was eventually scrapped. Then, Inhumans were introduced into The MCU as part of Agents of S.H.I.E.L.D. Finally, earlier this year, it was announced Marvel and IMAX were teaming up for an Inhumans mini-series, with the first two episodes debuting exclusively on IMAX screens.

It’s been a long road to get the Inhuman Royal Family into a live-action situation… but was it worth the wait? The idea of kick-starting a television miniseries on the big screen is a major gamble, even for the behemoth Marvel Studios has become. Thankfully for them, I’m such a Marvel Corporate Shrill that I shelled out the IMAX ticket price to see what they had to offer. The result? Well, it was mixed, to say the least.

Con:  Not Worth the IMAX Experience

Listen, if you’re going to heavily promote the use of IMAX cameras, the final product needs to deliver. Inhumans did not. By simply using a wide-angle lens, director Roel Reiné probably thought he did enough to warrant the use of the technology. However, there was nothing epic or jaw-dropping. Directors like Christopher Nolan have made tremendous use of the IMAX cameras. The locations and scenery of Inhumans did nothing that couldn’t have been captured on your home television… and therein lies the problem.

When this Inhumans “experiment” was first announced, it was made out to be a first-of-its-kind project — a television show made using expansive cameras that would bring you to the world of Attilan. Nope. Generic Hawaii locations straight out of Lost or Hawaii 5-0 stock footage stood out like a sore thumb. IMAX might be a dying medium for movies and Inhumans might be the final nail in the coffin for the novelty cinema experience.

Okay, so there has to be some positives, right? Honestly, the story is fairly generic and partially ripped out of the first Thor screenplay: brother with great power is looking to lead his people — other brother isn’t as strong, so he relies on his cunning abilities and silver tongue. Strong brother is expelled to Earth where he’s a fish out of water… but now begins his journey to recapture the throne. The bones of the relationship between Black Bolt and Maximus are following the same path as Thor and Loki, and that’s not necessarily a bad thing.

Anson Mount makes the most of his time as Black Bolt. The unspoken (as in he never speaks!) leader of The Inhumans carries a big presence throughout the movie. I was curious to see how the character would work in a live-action setting and Mount nailed it perfectly. He gets the most out of every facial expression and even mastered an alien version of sign language. While most of the cast was practically forgettable, Mount’s Black Bolt is one of the shining beacons in the show.

You’d think Marvel Studios would have put a few extra bucks in the production of the first two episodes, considering they were asking fans to pay to view it. However, the show was left with a television budget and it greatly suffered for it. Medusa’s powerful hair actually looked decent, but her head was shaved half way through. Was that done to purposely save on the CGI budget??

Triton (with a look that requires a lot of makeup and CGI) was kept covered and only appeared in the opening sequence. Gorgon was mainly shot from the waist up to hide his hooved feet. Then there was Lockjaw who looked way more cartoonish then he should have. He was used minimally before being taken out of the show in a very lazy effort.

Inhumans was nothing more than an episode of Agents of S.H.I.E.L.D. in term of special effects, but at least Marvel’s other network show offers a decent action scene once an episode — Inhumans offered nothing in terms of memorable fight scenes. The Medusa, Gorgon, and Karnak scenes were duds, and Black Bolt only offered a whisper of his power (in a scene already played heavily in promotions for the show). Marvel clearly kept a tight grip on the show’s budget, which is a shame because it could have been so much better.

I’m struggling to find more positives (as a Marvel fan I am required to constantly spin things positively), however, I will give Iwan Rheon credit where credit is due — the man is a perfect villain. He carried over the perfect pr*ck presence he had as Ramsay Bolton in Game of Thrones. The problem is… he might have been too good, acting circles around the rest of the cast. Rheon and Mount together were a delight and the show leaves you wanting to see more of them together, but the show kept them apart for reasons unknown. Maximus has all the potential to be a great villain in The MCU, but his reputation will get dragged down with the rest of the show.

Con:  Did You Do Your Homework?

One of the best parts of The Marvel Cinematic Universe is how everything is connected, but sometimes those connections can get in the way of proper storytelling. Inhumans did something unforgivable by relying too much on previous storylines from Agents of S.H.I.E.L.D.  Now, I’ve been watching that show since its inception, so I was fully aware that Inhumans and Terrigen Crystals already exist in The MCU. However, for those who don’t watch AoS (which is a lot of people as the ratings will prove), it was easy to get lost with the Inhumans storytelling.

You cannot rely on people watching every Marvel production that comes out. By using that logic, Inhumans left a lot of plot holes and blank spots for people who paid for the IMAX experience. With twenty-something movies, five Netfix shows, and three network shows — with more on the way — there’s a lot happening within The MCU and you can’t expect the average fan to keep up with all of it.

I’d like to continue with this list; however, there’s not that much more to say. The whole thing was barely an hour long, so by the time things actually got going, it was already over! If you are a fellow Marvel fan who paid to see Inhumans, you are probably ticked as well for seeing it. However, there could be a silver lining: the TV show could actually be good.

There are interesting characters and the relationship between Black Bolt and Maximus (as well as the actors portraying them) could make this show an enjoyable experience for its eight-episode run, For the small screen, Inhumans appears to be a perfect viewing option for the fall.  For the oversized IMAX screen, the whole experience was an underwhelming dud, something The Marvel Cinematic Universe will hopefully learn from in the future and never do again.