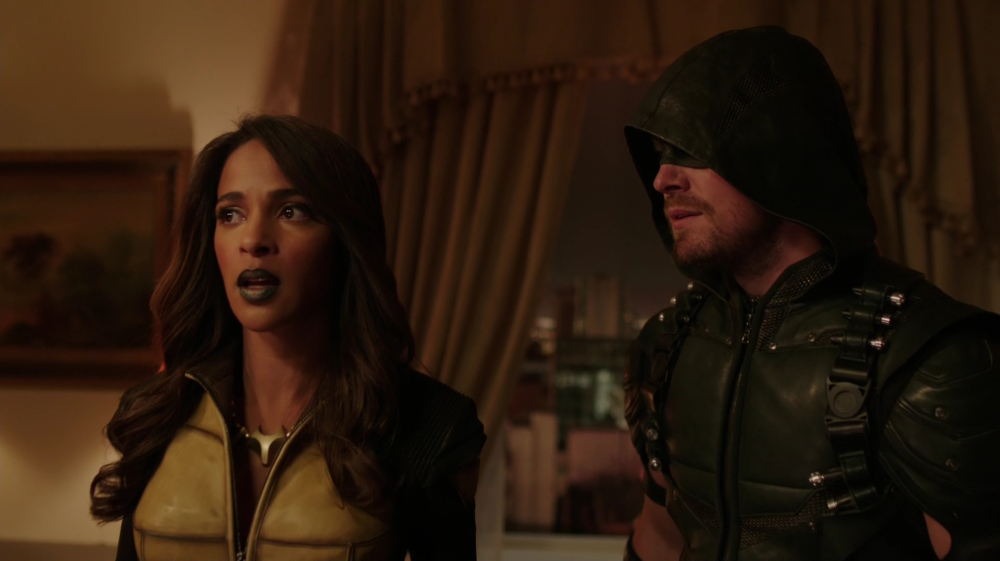 We are back to four shows this week as DC TV rumbles ever forward. But next week, with the return of Gotham, we will have five! Oh wait, no we won’t’; Flash and Arrow are actually taking some time off. But never fear; there will still be plenty of awesome DC action like there was this week. Let’s dive in!

One of the problems with a weekly series starring a hero as powerful as Supergirl is finding a threat for the title character. Every week, there has to be a menace that tests the mettle of the hero and that threat has to be convincing. This week, the series failed to present such a threat.

Now don’t get me wrong; the Bronze Age baby that lives inside of me got a deep and abiding thrill to see the Master Jailer, of all villains, appear in live action. But, the seven of you that remember the Master Jailer from the 70s and 80s will be slightly disappointed that the TV version of this esoteric villain was very different than the black and white striped baddie from yesteryear. This TV version of the Master Jailer is a former Phantom Zone prison guard who is now taking it upon himself to execute former inmates of the Kryptonian prison.

Meanwhile, Supergirl is having a crisis of conscious over holding Maxwell Lord against his will, a crisis inflamed by James Olsen’s passionate plea for Supergirl to let her enemy go. Kara does realize her moral quandary as the whole show spends a great deal of time effectively debating the idea of justice versus vengeance when it comes to imprisonment.

The Master Jailer falls on the punishment side of the equation and his motivation and his back story are very effective. But the villain really isn’t, and I just can’t buy this dude and his chains as a true threat to Supergirl. The episode is trying to sell him as a threat to the point of near silliness. There is one point where he slams Kara against the pavement, and she reacts as if it hurt! Now listen, I get that Maser Jailer’s battle suit enhances his strength, but it didn’t enhance the pavement’s strength. It seems like Kara’s powers fluctuate depending on whom she’s fighting and sometimes it just gets silly.

But other than that rather nerdy quibble, the rest of the episode is loads of fun, especially the conflict between Kara and Cat’s new assistant, Siobhan Smythe. This rivalry should grow in the next few weeks and that will be a blast to watch. Siobhan arrives onscreen, unlikable but in a good way. She is a natural rival for Kara and actor Italia Ricci has an obnoxious swagger that makes her a great foil for Kara..

Hey, guess what this episode was about? When the previews hit for this Flash/ King Shark-centric episode, I thought that this installment would be a palette cleanser for all the heady Earth-2 stuff that the series focused on these past few weeks. But this was not the case as plenty of important and monumental developments took place around the battle between speedster and alpha predator.

First off, you guys, we just witnessed a fight between the Flash and a giant man shark on network TV. Truly, this is the golden age of geekdom. But really, the battle between Barry and -er, King I guess, is secondary to Barry overcoming his own guilt and self doubt over the death of Jay Garrick. The entire episode saw Barry crippled with guilt over opening the breach that allowed Zoom access to Earth-1 and thus, killing Jay. With special guest stars Diggle and Lyla’s help, Barry indeed defeated King Shark, but first, Barry needed to get his old confidence back. No stranger to losing brothers in arms, Diggle was just the right guide to help Barry make sense of Jay’s death as Barry took a step from naive hero to true soldier this week. Some heady stuff, but it never go too heady, seeing as the antagonist was a giant, pants-wearing shark. How you successfully juxtapose a man shark with one man’s very personal battle with PTSD is beyond me. But this show does it and it should be applauded.

The Earth 2 fallout affected more characters than just Barry this week as Kaitlin learned about her Earth-2 Killer Frost identity, and Iris and Joe learned about Joe’s tragic death. I’m glad none of these secrets lingered for weeks on end as all these DC shows have an over-reliance on secrets and lies, a problem we will get to in a bit. Instead, the Earth-1 cast learned of their Earth-2 fate and the series could focus on processing that information rather than perseverate the negative effects

It wasn’t all awesome this week as the episode also forced some Barry/Wally drama down the viewer’s throat. Wally is jealous over how Joe and Iris view Barry but it makes Wally seem more petty and troubled. It all kind of works out by the end but it seems artificial and does not shed the best light upon Wally West.

But with Diggle around, a giant man shark, and, brace yourself now, the shocking revelation of Zoom’s identity, we can forgive some character hiccups. More on the Zoom reveal next week as I don’t want to drop the spoiler bomb on you.

Warning: there is a bit of a rant coming, but before I indulge myself in some fan negativity, let me just say, I did indeed like this week’s episode of Arrow.It is a more than worthy chapter of the current Team Arrow versus Damien Darhk feud and it has some truly kick-ass action sequences; there is a bit with Thea on the back of Laurel’s motorcycle that made me jump to my feet. There is an amazing showdown between Darhk and Oliver, and Vixen was a killer addition to the proceedings. I even dig some of the soap opera elements like Laurel’s reaction and subsequent confiding in her father after she finds out Ollie has a son. It’s all great stuff.

So what do I have to bitch about? It’s the over-reliance of secrets on all of DC’s shows. It seems like on all the current DC TV product, major character beats are decided by one character keeping something from another character, and when character B finds out about character’s A dishonesty, there is a major shift in the interpersonal dynamics of the series. It happens all the time and I fear it is becoming a crutch. Whether it’s Alex keeping mum on the the fact that she killed Supergirl’s Aunt Astra, or Barry keeping his identity a secret from Patty Spivot, or Oliver hiding the fact he has a kid, it’s become a recurring trope that has taken the place of thought provoking writing. And now, a contrived secret has broken up Oliver and Felicity.

I’m not buying the fact that Felicity left her true love; the man that stood by her when she was confined to a wheelchair;, a man who proved that he loved Felicity unconditionally because he was forced by another woman into a lie. The series did not earn this breakup. The episode even has Felicity acknowledge that she understands why Oliver was lying, but she still breaks off the engagement. Nope, this is vastly out of character and illogical. I think the creators behind Arrow wrote themselves into a corner with the engagement and needed a breakup plan, but they didn’t use sound logical to get there. And yeah, admittedly, having Felicity regain her ability to walk as she was breaking up with Oliver was a stroke of genius. Having the first steps she was able to take be right out the door was a powerful visual to be sure, but I just wish the lead up to that point had a sense of coherence. A true-to-the-character Felicity would not break off her engagement because Oliver was essentially blackmailed into a lie, even if he did tell others.

But, let’s focus on the positive. Vixen is awesome. The visual representation of her animal powers is hella-cool and Megalyn Echikunwoke is note-perfect in the role. I really hope to see Vixen pop up again very soon. We even have a mention of John Constantine in this week’s episode which explains why Oliver never brought in his magical pal to take down Darhk. Something even happened in the flashbacks, although they didn’t leave that freakin’ basement prison yet. It seems there’s something magical going down on the island as that bearded dude that Oliver killed last episode rose from the dead. Listen, it isn’t epic, but at least it is something.

But all in all, plot convenience, misrepresented characters, and an ove-rreliance on the most tired of tropes led what should have been a great episode into slightly above average territory.

Oh, but don’t worry DC fans, Legends of Tomorrow takes the ball and runs with it. This week’s Legends was like the best episode of Arrow DC forgot to make. In this game- changer episode, we get to see the Star City of 2046; we get to see a “Dark Knight Returns,” one-armed Oliver Queen, and we get to meet Connor Hawke, the Green Arrow from the future. This Conner is not Oliver’s son like he is in the comics; this Hawke is the son of one John Diggle, and usually this sort of change bugs me a bit but it works right here. Conner is a great character and I am dying to see more of this brave archer of the future. In his intro, Hawke is an awesome hero as he fights to protect the future Star City from the son of Slade Wilson. This whole episode is like a loving tribute to Arrow season 2, arguably the best single season of any DC show.

But don’t think this is only an Arrow tribute episode. Good God no; this episode also gives our Legends plenty to do. We have a high stakes game between Heat Wave and Captain Cold as it seems like Snart is losing control of his hot-headed partner in crime; we have a conflicted Sara Lance trying to choose between her duty to her new team and her loyalty to Oliver Queen and Star City, and we have Jax and Ray Palmer suddenly becoming rivals for the affections of Hawkgirl. And you know what, the big stuff, the cute stuff, the personal stuff, it all works together in one package that fits so much into 43 minutes that it was like the episode itself was (say it with me), ‘bigger on the inside!’

The most intriguing part of the installment is the war between Heat Wave and Cold, but the Star City stuff is a really close second; I honestly could have spent an entire season in this world with old Oliver, Conner Hawke, and the Legends. To heck with the Vandal Savage business.

This week, DC’s Legends of Tomorrow hit its true potential. 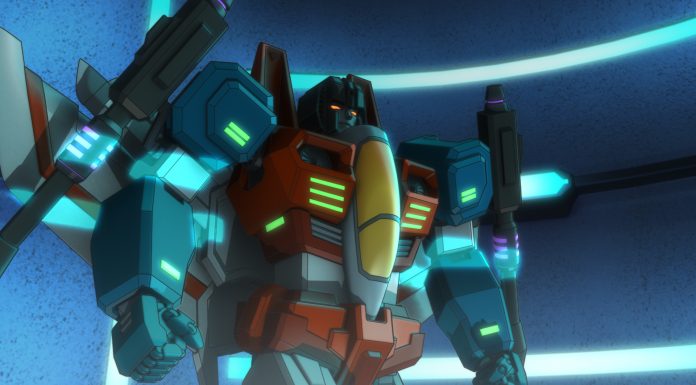 Who Is Doctor Strange? Here Are 5 Facts You Should Know

The Fan-Made Animated ‘Logan’ Trailer You Have to Watch