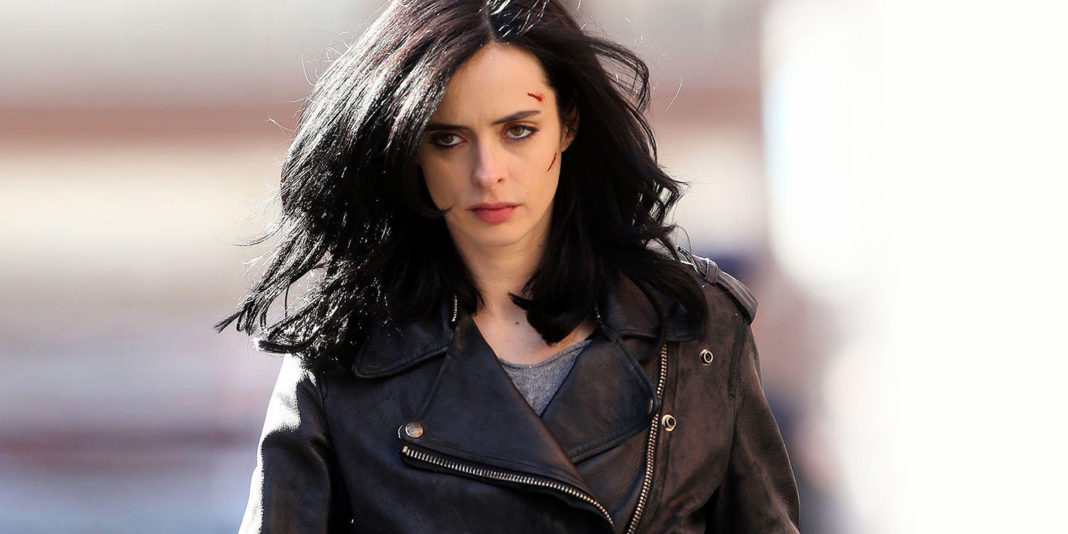 After last week’s veritable DEFENDERS media deluge, including a host of behind-the-scenes images and the revelation of Sigourney Weaver’s frustratingly mysterious, villainous personage, our good friends at EW managed to sit with Jessica Jones herself, Krysten Ritter, and squeeze her for some DEFENDERS details.

“She’s still dealing with the aftermath of Kilgrave, and now she’s dealing with ‘success’ — and not well,” Ritter explains. “People want her to work for them, she’s getting a lot of business, and she’s not ready for any of that. She hasn’t changed, but her environment has, and there’s no handbook for how to exist in a world where you are now popular.”

So, we have a mostly anti-social, PTSD-suffering introvert dealing with newfound popularity that she’s not emotionally equipped to deal with. Will she be able to cope with a team dynamic where relying on others is essential to survival? And how will this new association affect her public perception as a relatively well-regarded super-person?

Although she was unable to disclose the full nature of her relationship with every Defender, she hinted at the dynamic shared between Jessica and Daredevil, a sort of “cat-and mouse” dynamic. So, who’s the cat and who’s the mouse? “It switches back and forth, to be honest,” she says. “No one’s best friends in all of the Defenders. This is a reluctant team-up.”