Did you ever want to gather up some friends and relentlessly pursue a monster through a vast and expansive terrain? If that isn’t quite your cup of tea, you could always become the monster and sow terror and despair among a group of pathetic humans as they try in vain to stop you. Sounds like a pretty sweet game, eh? You may have actually purchased the game already last year. Known as Evolve and produced by the Left 4 Dead company, the game won several awards at gaming conventions and featured asymmetric warfare…a hard balancing act for multiplayer shooters.

Support for the game continued for a year and offered tons of DLC. However, it looks like the game is now actually evolving and changing their business model. The above video is the official relaunch video trailer for the video game. Currently available on PC with versions coming for Playstation 4 and Xbox-1, Evolve Stage 2 is completely free. You can download and start playing today! I guess there is such a thing as a free lunch. Original purchasers of the game will be rewarded with in game goodies and ‘founder’ status. Unfortunately, ‘founder’ status is somewhat vague at the moment but I’m sure the details will become apparent very soon.

For full details visit the Evolve news page at https://www.EvolveGame.com/News” 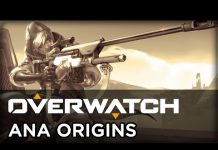