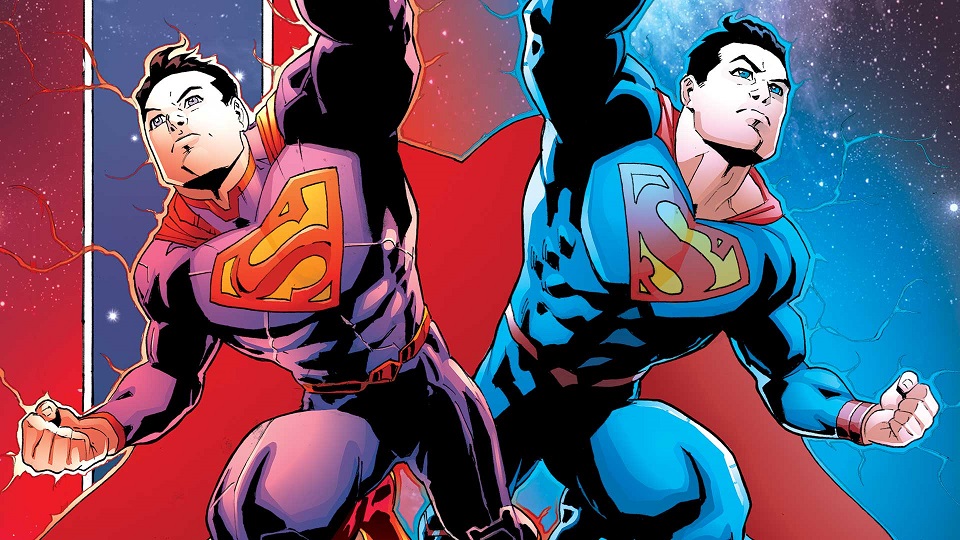 Beware the one who works behind the scenes! And in the meantime, check out our review [WITH MAJOR SPOILERS] of Action Comics #976: SUPERMAN REBORN, THE FINALE!

(Need to catch up first?)

The game is over! Superman has won Mxyzptlk’s challenge, but at a cost! The New 52 versions of Lois and Clark have taken the place of their counterparts and they have no memories of their son, Jon! As Mxy’s reality crumbles around the family, it’ll be up to Superboy to restore his parents to their full selves!

Well, it’s been a fun ride, but like all good things, Superman Reborn has come to an end. We only have two questions left to ask:

Question #1: Was this issue as good as the others?
Question #2: Did we get more hints into the bigger Rebirth mystery?

There were actually quite a few things that got attention in this issue. Firstly, the formerly split Superman is now whole! The one thing that bothers me about that is we never learn how they were split up to begin with. Also, it’s a little confusing to figure out where things stand for Superman as of now. Do he and Lois still have their memories of pre-New 52? Has their new history completely rewritten things? Not really sure, but hey, they’ll probably go into that in later issues. The confusion is minor in the grand scheme of things.

Also, the new Superman suit looks great! It has just enough of what worked with the old while still being unique, much like the now whole Superman! He even got the red boots back (yeah, I know, it’s a small thing, but it really ties the suit together)! 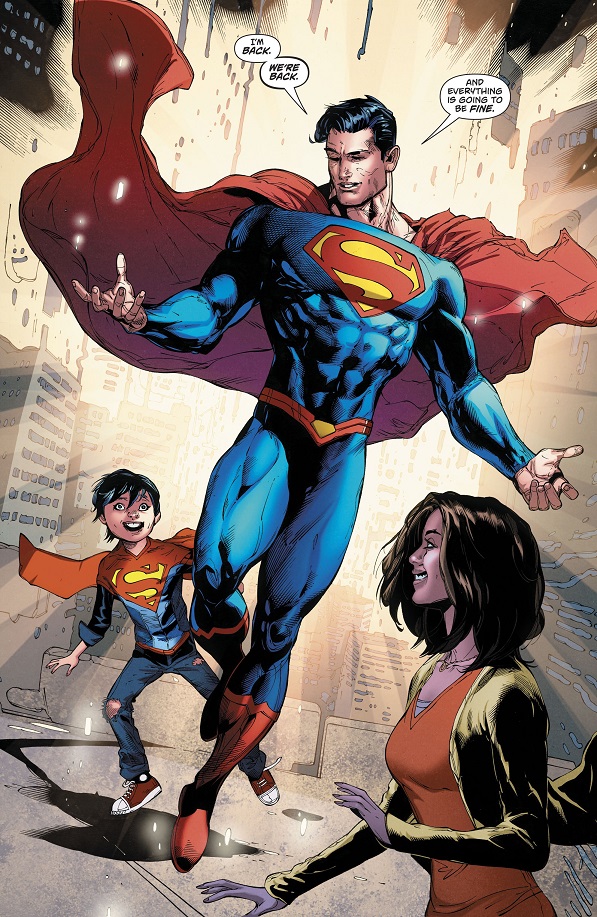 Action Comics #976 also dropped a few more hints to the Rebirth mystery this time around. As Mxyzptlk’s place begins to collapse, he gets worried and says, “He’ll be sure to notice this” before he disappears! Mxy’s definitely afraid of someone, and that leads to one question: is he afraid that Mr. OZ will capture him again or could it be someone else? In fact, I’d go so far as to say he could be referring to Doctor Manhattan! Either way, it means Mxyzptlk knows who the culprit behind the Rebirth mystery is! But maybe that’s reading into it a bit too much; we’d need a much bigger hint than that, right? Turns out this issue had one last big clue to drop at the end!

We discover Mr. Oz is watching Mxyzptlk’s grand plan implode and seems to be intrigued by it. He then wonders, “Is it Superman who has the final say? Or him?” And yep, that’s a shot of Mars in the final panel. If you know Watchmen, you’ll know why that’s significant. 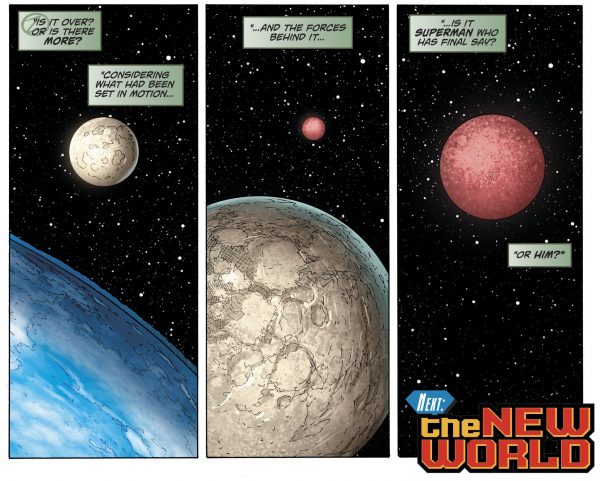 This also puts it out there that Mr. Oz may be separate from Doctor Manhattan. Nothing’s for certain, but it does appear that Oz fears him, too! While I could be wrong, this could explain why he’s been kidnapping characters: to assemble a team to fight Doctor Manhattan! Could this be related to the “path” for Superman Oz mentioned? Maybe, but for now it’s just a small theory.

I have to give Dan Jurgens props in this issue, too. It was really cool to see Superboy step up and be the one to save the day. The character really shined here, especially since he was on the sidelines for a lot of this story. And as always, Doug Mahnke provided fantastic art to give the comic a big epic feeling.

As a whole, Superman Reborn was an amazing story arc. Throughout these four issues we’ve gotten the return of a classic villain as a legitimate threat, closure for the New 52 Superman, and some major hints of the larger story. And we got all this while seeing Superman do what he does best, overcoming the impossible.

While some might be worried that Superman’s “fusion” could be a problem for the character, I wouldn’t worry. Superman comics have been some of Rebirth’s best lately, so I think this is more to tie up loose ends — this now complete Superman celebrates the spirit of what was classic about the old while not being afraid to embrace the new. I for one am excited and can’t wait to see what happens next!

Action Comics #976 was a solid finale to an outstanding Superman story. It has great art and writing that make you feel the epic scope and how powerful family can be. If you were on the fence before, then I highly recommend this issue and all the rest of Superman Reborn! It’s truly a story worthy of the Man of Steel!