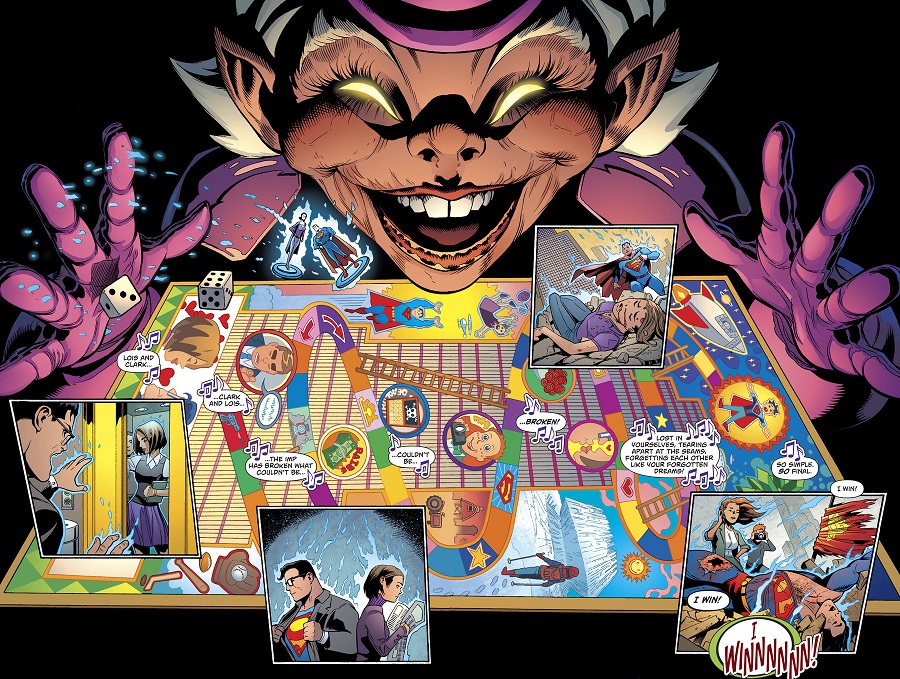 Holster that heat vision while checking out our review [WITH MAJOR SPOILERS] of Superman #19: SUPERMAN REBORN PART THREE!

Mxyzptlk has kidnapped Superman’s son and intends to erase him completely! Superman must play Mxyzptlk’s game to save him before everyone, including Superman, forgets he ever existed! Will the imp play fair or is this game rigged? Meanwhile, Jon looks for some help to save his family, and it may come in the most unlikely form possible!

I’m going to just say this now: this was super-creepy! It’s really good, but man, is it creepy. Our story picks up right where Action Comics #975 left off, with Lois forgetting everything! Mxyzptlk is using his reality-warping powers to the max, trying to completely rewrite Superman’s history. Superman desperately appeals to his child-like nature, but fails!! This shows us Mxy isn’t playing around anymore, he’s playing for keeps.

Seems Mxyzptlk also knows a little more about the previous Superman than he lets on. He mentions that the Superman we know and the New 52 version may have been conjoined before splitting up for some reason. It’s hard to say, since we can’t be sure Mxy is telling the truth.

Then there’s our cliffhanger for this issue: Jon’s mystery allies who are actually New 52 Superman and Lois! Honestly, your guess is as good as mine when it comes to explaining their existence; I’m pretty sure they were both vaporized, last I checked! Even so, I’m very interested to see where this goes.

Again, I have to give props to writer Peter J. Tomasi and artist Patrick Gleason. I really liked the way they worked off what Dan Jurgens did with Mxyzptlk back in Action Comics #975! They not only made him a threat, but they also made him incredibly creepy. He uses his reality warping powers in a variety of ways, from causing amnesia to making everything all topsy-turvy. Everything is still a big game to him, but he finally has an agenda. If Jurgens didn’t convince you last time, Gleason and Tomasi make sure you feel afraid of him now! 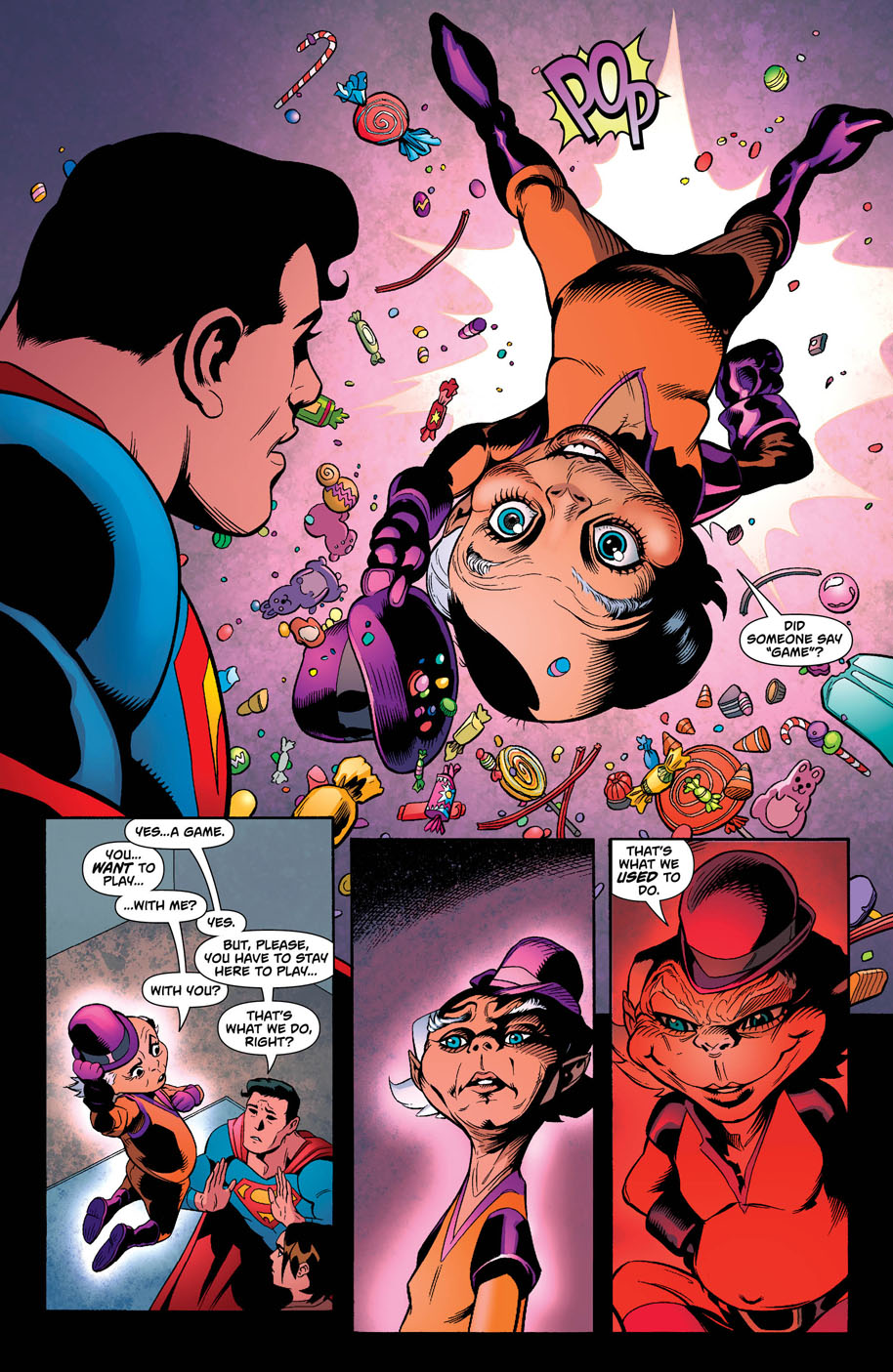 The story is ably accompanied by Gleason’s artwork. Every time the little imp smiled his twisted smile, I got chills down my spine! I also really liked the use of reds and blues in this issue, contrasting between the two Supermen. Wait…a red Superman and a blue Superman? This is starting to sound awfully familiar. In fact, it’s reminding me of the two Electric Supermen from waaaaaay back. Not entirely sure if Superman Reborn is making a little nod to Superman’s past or something more significant. Well, with the ending we saw here, I’m sure that question will soon get an answer!

Superman #19 was a good continuation for what’s been shaping up to be a great Superman story. While there’s less clues to the Rebirth mystery here, we do have some interesting revelations, not to mention great dialogue and atmosphere from Tomasi and Gleason! Action Comics #976 is set to cap off things off and I’m confident it’ll be as good as what’s come before!