Home COMICS Biographies Who Is Steppenwolf? Get to Know the Big Baddie of the Justice... 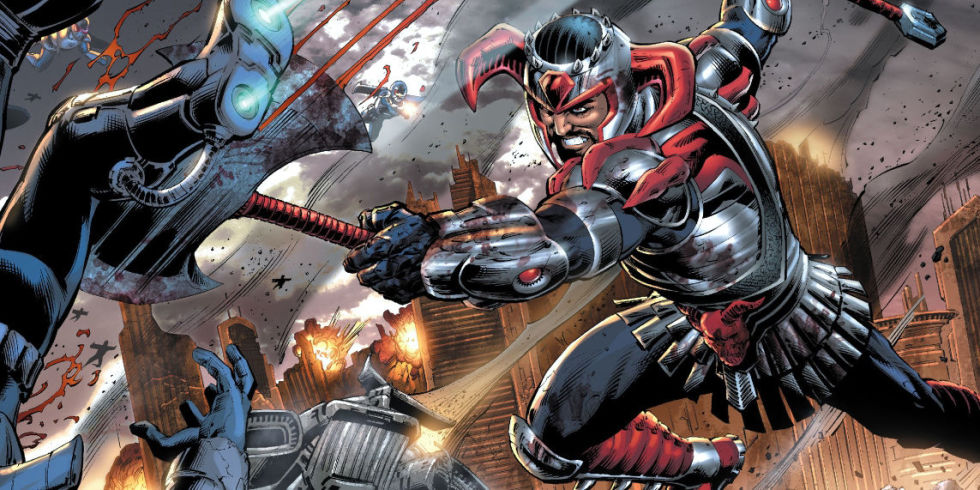 Ciaran Hinds of Game of Thrones and Rome fame is playing the main villain in the Justice League movie, and if you’re like most casual fans, you’re probably wondering why someone with as weird a name as Steppenwolf could be considered the epic movie’s big baddie. For one thing, he wasn’t even in the prequel—his scene was cut from Batman v Superman: Dawn of Justice. And secondly, more people associate the name ‘Steppenwolf’ with the band responsible for “Born to Be Wild”, a formerly overplayed ’60’s anthem.

Allow us to swoop in, save the day, with some deep comic book knowledge: here are 5 things you have to know about Steppenwolf so you can impress your best buds when Justice League comes out in November.

Northern Irish actor Ciaran Hinds himself said that while they were filming the whole thing, he never even met the Justice League cast. He doesn’t even know what Steppenwolf looks like in the film, because his whole thing was done in motion capture.

According to The Michael Ball Show, “I didn’t even have a costume when I was doing it,” Hinds says. “So… they stick a helmet on your head, they put two cameras around, and they capture all your expressions, facial expressions. So basically, they’re going to concoct some kind of construction and they will use my facial expressions – eyes, mouth, voice – they’ll turn into this murderous, avenging Steppenwolf from the planet Apokolips, apparently. Who’s bent on Hell on Earth.”

First introduced in March 1972 in the DC comic entitled New Gods, Steppenwolf was created by the legend Jack Kirby (of Captain America, the X-Men, and the Hulk fame). He created the Fourth World, which included the New Gods of New Genesis, and the malevolent Apokoliptian forces of Darkseid.

In his never-ending pursuit of the Anti-Life Equation, Darkseid has a penchant for invading worlds and taking over civilizations. As one of DC Comics’ greatest villains, Darkseid is feared by everyone inside and outside of Apokolips. But lesser known details about the mass murderer include his…bizarre family ties, and that includes Steppenwolf—Darkseid’s uncle.

There’s a rich mythology surrounding the politics of Apokolips, but chances are that the Justice League movie will deviate from these story arcs found in the source material.

Supposedly, Steppenwolf will lead his evil army of Parademons to Earth in search of the three Mother Boxes, which are living sentient computers that can create Boom Tubes. These Boom Tubes in turn can help the New Gods of Apokolips travel to different dimensions, as well as access the power of The Source, the enigmatic energy that created all life in the universe.

Needless to say, those Mother Boxes can be pretty darn important, which certainly justifies the hordes of evil aliens invading the Earth and causing our heroes to come together.

He might not be as popular as Darkseid, but Steppenwolf can be a big meanie if he wants to be. The immortal space-god has special abilities like enhanced speed, super strength, improved durability, and a superior strategic mind. He can lead his soldiers into battle not just as a tank but also as a tactician, so he’s definitely not one you’d want to mess with. 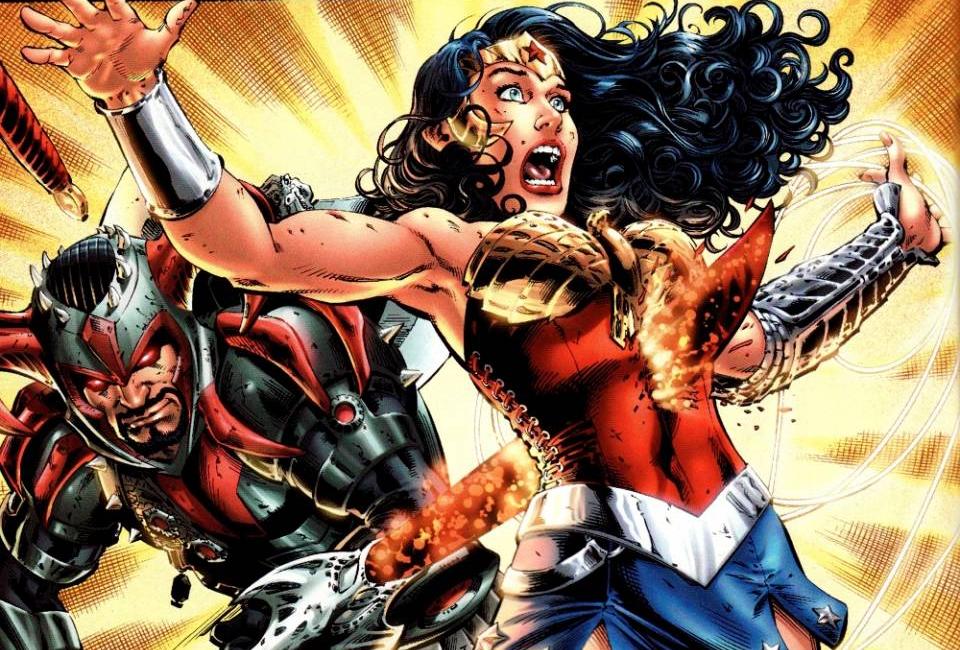 In the DC comic series entitled Earth-2, Steppenwolf even successfully killed Wonder Woman by skewering her with a sword (but not before having a child with her because why the heck not). He eventually raised that Amazonian daughter to become Fury—this might actually make some sense in the movie if they decide to give Steppenwolf a complicated history with the warriors of Themyscira.

Despite being immortal, Steppenwolf does have a knack for dying at the hands of comic book writers. His deaths usually pave the way for Darkseid’s swift action against Earth, so it’s quite sad to see Steppenwolf used as a mere plot device. Still, if his death will mean Darkseid’ coming, his overthrowing of New Genesis’ Highfather, and even the introduction of Mister Miracle, then by all means—die, Steppenwolf. Please die for the greater good.

Do you think Steppenwolf will make a formidable supervillain in the upcoming Justice League movie? Or will the whole thing fall flat on its face just like its predecessor? Let us know what you think in the comments below!