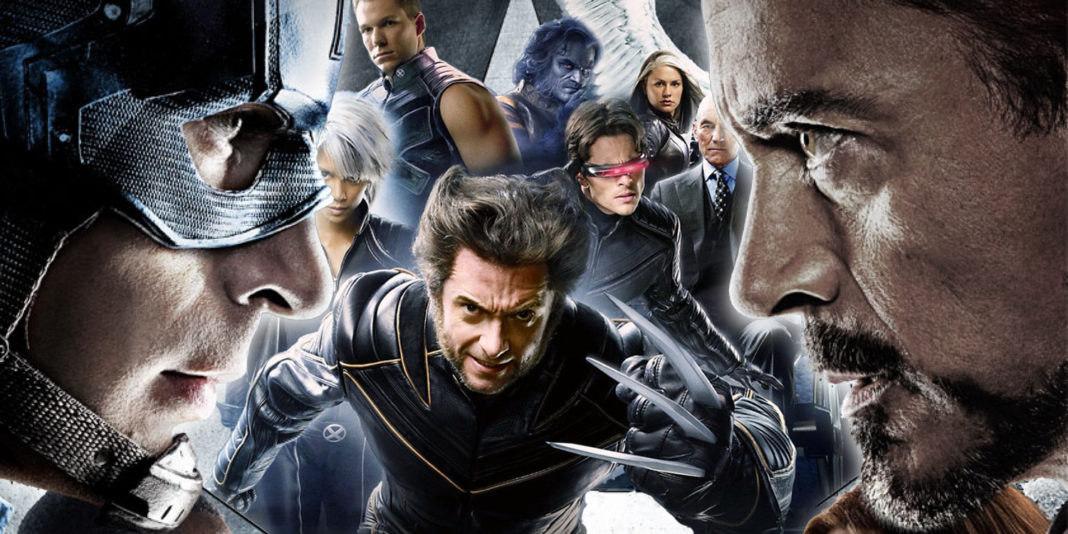 Well, it seems that Christmas might be coming very early this year.  Monday, it was revealed that Disney and 20th Century Fox were working out a potential deal that might bring The X-Men, Fantastic Four, and other comic characters back under the fold of Disney and Marvel. This is potentially earth-shattering news that would shake the very core of The Marvel Cinematic Universe.

Anything could happen between now and a potential deal between the two studios. It’s already being reported that talks have stalled and neither side had budged, but who cares about that!?! Instead, it’s better to dream about the potential reality of this deal going down.

I mean, does this open the door for Hugh Jackman to return to the role of Wolverine for an appearance in a future Avengers movie? How fast could The Fantastic Four be brought back into the movie realm? What does this mean for the Skrulls in Captain Marvel? This deal inspires TONS of questions that will surely be brought up once a deal happens. Hopefully.

Regardless of what the deal may (or may not) bring, let’s take a look at the wonderful things that could happen since there are so many new characters and crossovers that could occur. Let’s look at five benefits from a potential Marvel-Fox deal.

Should this deal happen, it opens the flood gates for new and familiar characters to enter  The MCU — characters like The Silver Surfer and Doctor Doom could get the Kevin Feige makeover fans are desperately seeking. However, there is one familiar face that fans should really get excited about: Kang the Conqueror.

From the 30th Century, Kang used the technology of his time to come back a thousand years and try to lay claim to our time. The MCU has seen plenty of threats from power hungry villains before (Loki, Ultron, etc.); however, one with the unique quality of being from the future presents a new way to present the character. Once the Thanos threat is over, Marvel is going to need a new baddy to oppose the Avengers — Kang could be the future version of Loki… literally.

Sometimes, it’s not about recasting characters or introducing new ones. Instead, why not bring two current incarnations together for a team-up movie we never thought possible? That’s right… I’m talking about doing a Deadpool/Spider-Man team-up.

The 2016 crossover comic was a delight for fans of both The Merc with a Mouth and Your Friendly Neighborhood Spider-Man. Ryan Reynolds and Tom Holland are perfect cinematic manifestations of their comic counterparts (the actors even joked about joining forces in the past). A Disney and Fox deal could bring the two characters together for a comic book blockbuster.

The stars are slowly aligning for a movie no one could have possibly dreamed of!

There is potential problem for a Disney/Fox acquisition. Could it lead to far too many characters in The MCU? There’s one easy solution for this problem: have everyone fight each other.

The battle between Earth’s Mightiest Heroes and Mutants is nothing new (both in the comics and at the box office); however, the idea of Wolverine and Captain America throwing haymakers on the big screen is something fans never would have considered. If Marvel is smart (and they’ve proven time and time again that, yes, they are), they would slowly work The X-Men into The MCU before finally unleashing them in a full-blown Avengers crossover that would make Captain America: Civil War look like a low-budget romcom.

A potential deal could also alleviate one of Marvel’s biggest issues — the inability to produce any solo Hulk movies. Marvel Studios would still need Paramount’s approval to move forward with any Bruce Banner mission, so why not dump him in someone else’s movie (you know… just like Thor: Ragnarok)? However, in this case, you could unleash a team-up no one would have seen coming.

The second Wolverine becomes the cinematic property of Disney, Logan will be thrust right back into action (even without Jackman behind the claws). Why not re-introduce the character by having him got toe-to-toe with the current badass champion of the Marvel movie realm?

A Wolverine vs Hulk movie would be the perfect way to use two of the company’s most popular characters while skirting around the legalities of the Marvel/Paramount deal. Plus, who wouldn’t want to see Hulk rip Wolverine in half… only to have Logan crawl across a mountain just to reattach his halves.

Unless you’ve been living under a rock for the past few month, you’ve probably heard that the Mad Titan Thanos will be the big, bad antagonist for The Avengers in next year’s Infinity War. It’s sure to be a massive spectacle that will be a pleasing experience for every eyeball in the theater. However, what happens after The Avengers defeat Thanos? Who’s next in line for a shot at the title? Might as well go bigger and badder, and you can’t go much bigger than Galactus.

The MCU has already delivered powerful ancient beings (The Collector, The Grandmaster) and powerful celestials (Ego). Let’s take it a step further by unleashing The Devourer of Worlds.

Marvel Studios is making a real push into the cosmos and somewhere out there should be Galactus– he’s munching on some planets as he makes his way to Earth, Nova Prime, or whatever planet Miek is from. Plus, any appearance of Galactus means Silver Surfer is never far behind, and that’s alright by me.

So, what do you hope to see regarding a potential Disney and Fox deal? Let us know below!