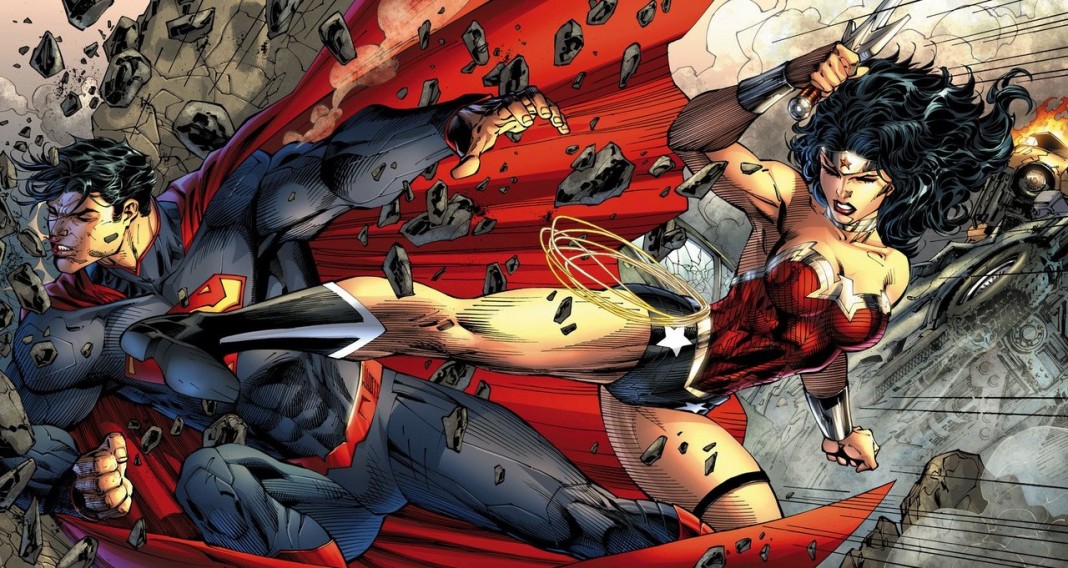 As we all count down the days till the release of Batman V Superman: Dawn of Justice (30 days), several questions still linger in our thoughts concerning not only the direction of DC Comics’ Cinematic Universe, but the characters as well. With the addition of Wonder Woman to the Batman and Superman film, fans are left wondering how major or minor her role will be. The hype in recent trailers has obviously focused on the “V” in Batman V Superman, showing scenes of brutal blows and harsh words between the two main heroes. But here at The Source, we ask, “What about Wonder Woman? Why doesn’t she get more hype?” After all, we all know that she could single-handedly kick both Batboy and Super-Loser’s @$$es, right? What, you disagree? Look, she can absolutely kick BOTH their @$$es, and if you stop huffing and continue reading, you might end up agreeing with me.

First of all, we have to acknowledge that the results of contests between comic book heroes are often dependent on a variety of factors. Are they at the height of their powers and skills? Are they holding anything back? Are they willing to go for the kill? This is just a theoretical argument which will be supported with evidence from the comics; however, it is by no means the only answer or the right answer. 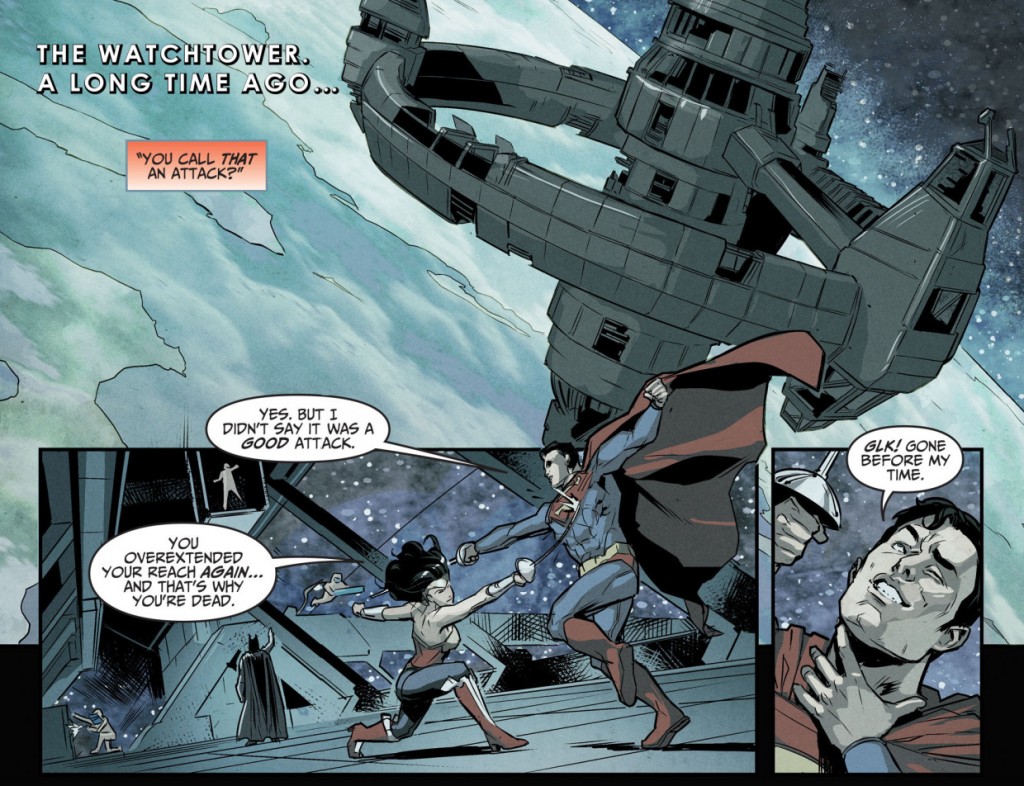 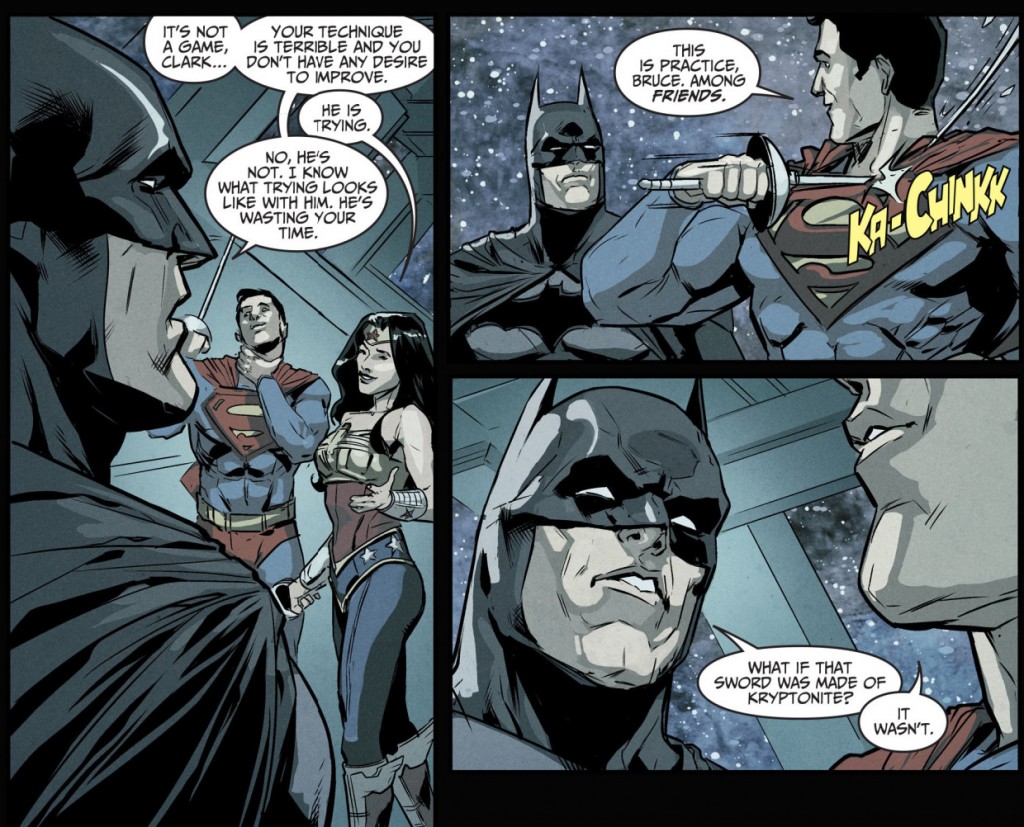 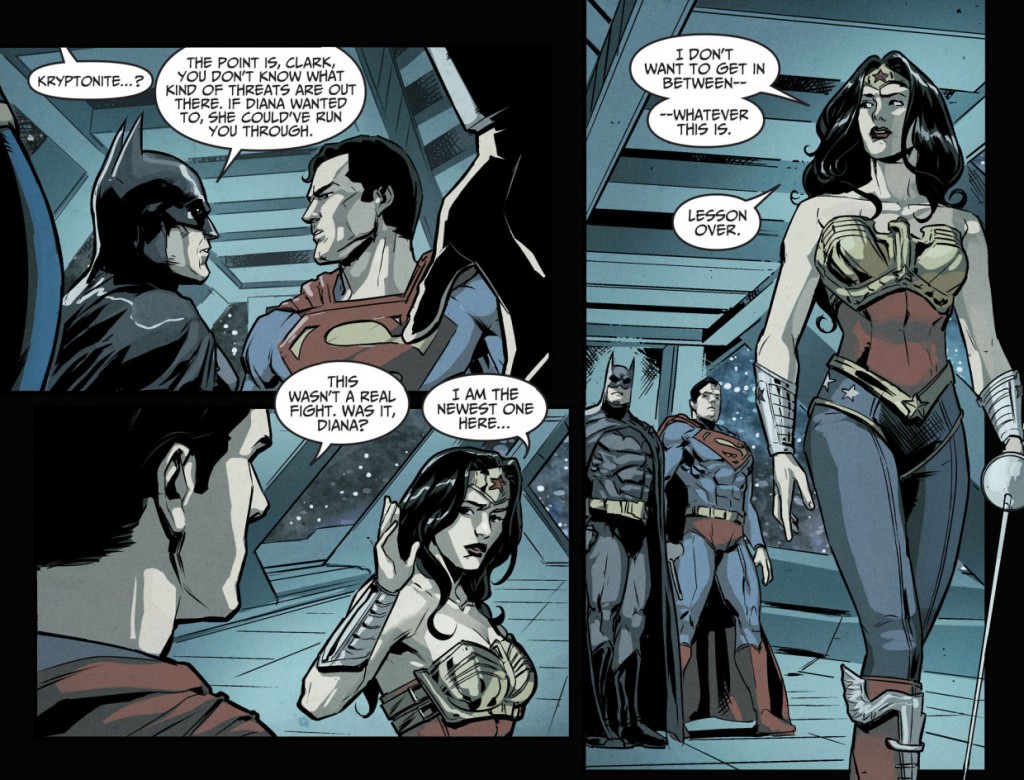 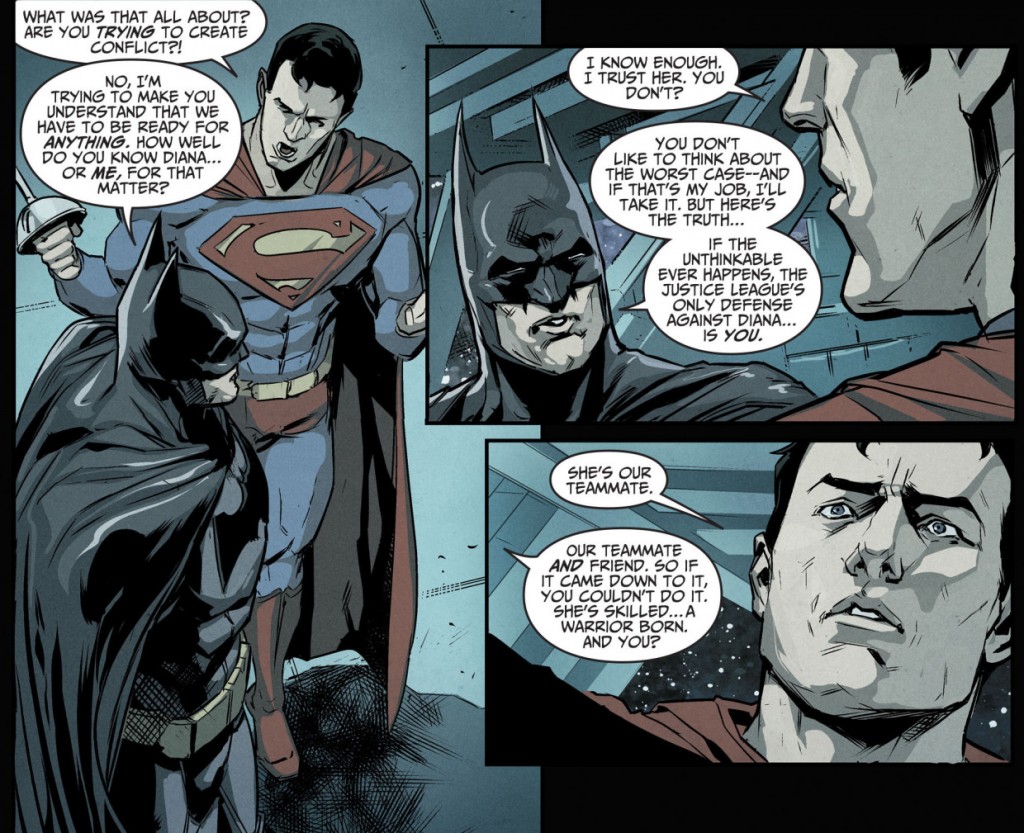 Here the master tactician himself, who you all probably look up to, admits that Princess Diana, aka Wonder Woman, could kill Superman if she wanted to. If she so desired, she could beat Superman in a fight. Granted Superman is more powerful, Wonder Woman has been trained to be a warrior since birth. Superman never had to go through anything like that; he was just born ridiculously powerful.

As for Wonder Woman vs. Batman on skills, the Dark Knight also admits that Superman is the only hope for the Justice League should Wonder Woman turn against them. While Batman does have a contingency plan for every member of the Justice League, giving him the potential to win in a fight against Wonder Woman, it all depends on the situation. If we are thinking in the context of the film, Batman V Superman, he knows nothing about Wonder Woman, so the fight would be based off of powers and skill alone, not plans. In that circumstance, Batman could probably hold his own against Wonder Woman in a sword fight for a little bit, but billionaire Bruce Wayne wasn’t raised a warrior, despite his intense training later on in life, giving Wonder Woman the win.

But what about weapons? Batman obviously has a multitude of gadgets and vehicles at his disposal, and while Superman doesn’t typically use any weapons or gadgets, preferring to fight with his fists, he can still wield a sword when necessary. However, I think it is fair to consider his heat vision and freezing breath as weapons to be used at his discretion. Luckily, Wonder Woman has them beat in this regard with her magic-based sword, shield, Bracelets of Submission, Lasso of Truth, and the –hard to find– Invisible Jet.

For a seemingly invincible and god-like alien, Superman does have a weakness to magic. Therefore, with Wonder Woman’s magic based weapons, she has an advantage in the fight. Her shield and bracelets can deflect heat vision, but what about the icy breath? Fortunately, Superman doesn’t typically use it in fights; in fact, he hardly uses it at all. With Wonder Woman’s trained and inherent agility, she could probably leap to safety anyways or attack before Superman finished breathing in. But why does all this matter? Sure, she can block and dodge his attacks, but can she finish him? Yes..yes she can. Since Wonder Woman’s weapons are based in magic, her Lasso of Truth can actually trap Superman. While a handful of characters have broken the lasso over the years, they have been characters like Bizzaro Superman who doesn’t abide by truth. It takes an element other than strength to sever the shining rope, so Superman would be almost immobilized, focusing solely on trying to break the rope. In that time, Princess Diana could deliver the final blow with her sword, one of few objects able to cut Superman (see below).

As for Batman, his enhanced Bat-suit from Frank Miller’s Dark Knight Returns – which we have seen glimpses of in the Batman V Superman trailers and images – would give him much needed help in the fight against Wonder Woman. However, even the particular metals Batman picked out would be nothing against the magical arsenal Wonder Woman possesses. And without the suit, Batman would be at an even larger disadvantage. By using his typical, fastidiously strategized fighting style, Batman could hurt Wonder Woman, but in the end, even with all the toys a billionaire can buy, Wonder Woman wins.

Overall, these fights are hypothetical, and the victor is ultimately decided by who’s writing the comic or even the movie. But what’s worth noting is that Wonder Woman deserves some more hype for her role in Batman V Superman. She is much more than a pretty face in a sexy costume, showing up for nothing more than sex appeal in the testosterone-fueled fight. To be honest, in the DC Cinematic Universe they are trying to build, she could probably kick both titular heroes’ asses. In the film, we see an older Batman not only obsessed with stopping the unstoppable but threatened by it, vulnerable like never before in his caped career. We see Superman, the so-called Man of Steel, as naive, ultimately untrained in combat, and driven primarily by will. While he did manage to take down Zod earlier, a man born and bred a warrior, Zod was a beginner with his powers; he harnessed them as the battle went on, which ultimately lead to his death. With all that in mind, Wonder Woman is incredibly well trained – over a period of centuries – and nothing like what these heroes have seen before. She is ultimately a game-changer who will make a great addition to the movie as an ally against Doomsday, and a reminder that the boys better stay in line.