Home MOVIES Dan Harmon Did Some Writing for Doctor Strange 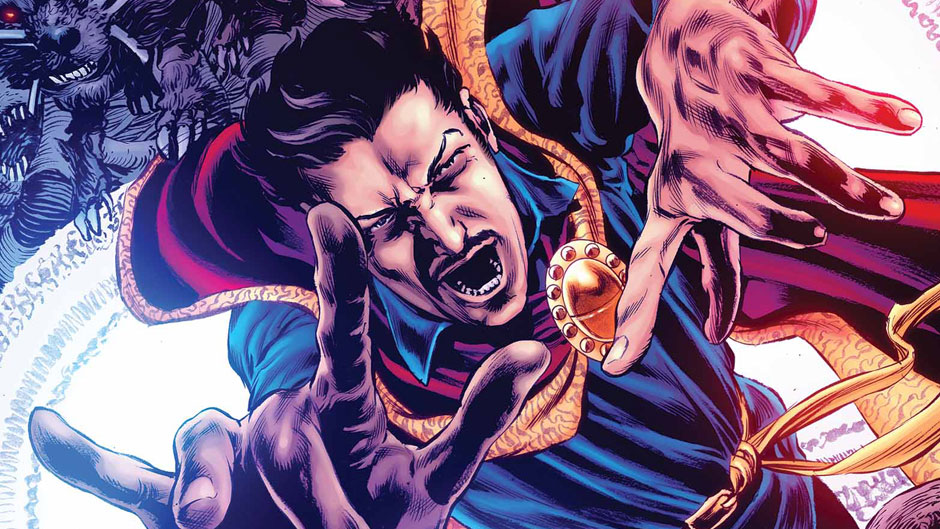 Nerd maestro Dan Harmon never ceases to amaze. His show Community continued to defy the odds and kept getting renewed. Then, when NBC finally pulled the plug, he took the show to Yahoo. Rick and Morty was so successful that he couldn’t keep up with the fans demands for more episodes (until he revealed season three will air earlier than expected). Now it’s being reported that ‘Harmontown’ has turned up on the map within the Marvel Cinematic Universe.

The Hollywood Reporter has the scoop that Dan Harmon was brought in to write some additional scenes for the November release Doctor Strange. A source within the production team says that Harmon scripts were “for additional photography.”

Now, movies go through reshoots all the time, so that shouldn’t come as a shock. Also, even though principal photography finished earlier this year, it was well-known the additional footage was coming thanks to a Benedict Wong tweet from earlier this year. What is shocking is that Harmon was brought in to help with the scenes, despite his comedy background and limited cinema experience.

Still, when you really think about it… it seems to make a lot of sense. Marvel has a history tapping young “movie” directors and writers to work on their projects. They’ve had a lot of recent success grabbing people with a strong television background to lead their projects. The current saviors of the MCU, the Russo Brothers, also have a comparable television past with hit comedies like Arrested Development and… oh yeah, Community!

So, why was Harmon brought on in the first place? The obvious answer would be to inject comedy into the story. Marvel movies typically have that humor and perhaps Doctor Strange director Scott Derrickson (who comes from a horror background) needed some help bringing in the laughs. Seems like a perfect opportunity for Dan Harmon.

However, fans of Rick and Morty know the show takes intense scientific topics and jargon… and turns them into fantastic comedy material. In regards to Doctor Strange, you’re going to need someone with a fully functioning nerd mind to manufacture jokes about magic and mysticism. Both Community and Rick and Morty did a great job of taking topics typically reserved for the geeks of the world and turning them into great television. Hopefully, he can build on his successful track record with the work he does on Doctor Strange.

Strangely, Harmon and Marvel seem like a match made in paradise. Who knows, perhaps if his scenes resonate with fans… it could lead to a Harmon-led MCU movie. If James Gunn leaves the Guardians of the Galaxy franchise, someone is going to have to grab the reins for Vol. 3. Why not Harmon? Or perhaps if The Fantastic Four come under the Marvel Cinematic Universe umbrella, who better than Harmon to tackle a possible Silver Surfer movie? These Doctor Strange scenes could be the beginning of a beautiful relationship.