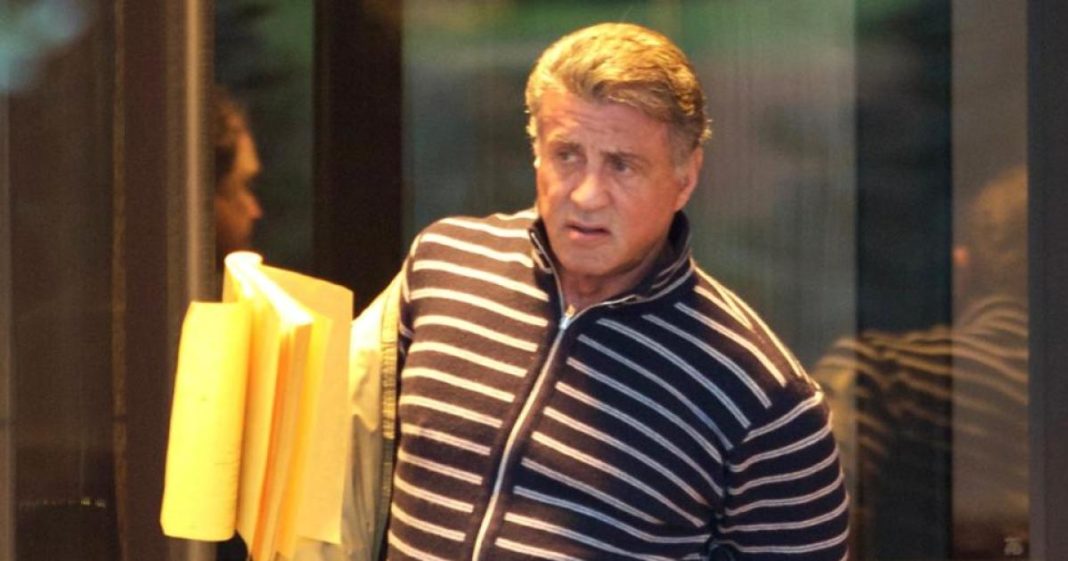 So, just a heads-up before you keep reading; there could be spoilers for the upcoming Guardians of the Galaxy Vol. 2 below. Right now it’s a rumor, but if you want to avoid any spoilers, it’s best you turn back now! No one would blame you.

It was just over one year ago when all was right with the world. Some member of the paparazzi was able to snap a picture of a recently Oscar-nominated Sylvester Stallone walking out of a meeting with Marvel… with a script in hand! It was a dream come true for any fan wanting to see John Rambo join up with the Marvel Cinematic Universe.

The idea of Sly rubbing shoulders with any Marvel characters was good enough, but knowing he was going to be part of Guardians of the Galaxy Vol. 2 was another added bonus. Fans of the MCU quickly turned into John Nash, going through old comics and rumor-mill threads to get any understanding of who Stallone could be playing. There was the belief his vocal cords would be lent to Ego, but that was squashed when the role went to Kurt Russell. Another voice said Stallone would be a Ravager that usurps Yondu (however that’s believed to be the role of Taserface.) So, what’s happening with Stallone??

The man behind Rocky Balboa has been surprisingly absent from any promotional materials regarding Guardians Vol. 2. We’ve gotten looks at almost every other character making their sequel debuts, including Ego, Ayesha and Mantis. Yet, Stallone remains incognito. At least he was, until a tweet from MoviesBook revealed an apparent press release. 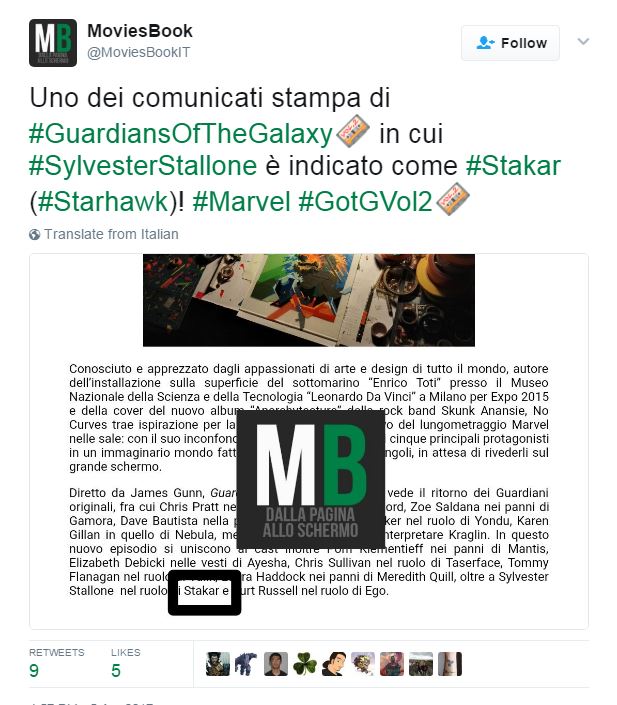 If that release is correct, it appears that Sylvester Stallone will be playing Stakar Ogord… also known as Starhawk.

This would actually seem to make sense. Previous reports said that Stallone would be playing an ancient character. While most thought “ancient” meant portraying an Elder of the Universe (like The Collector or Grandmaster), Starhawk does meet that “ancient” criteria.

His powers come from an ancient artifact that gave him and his adoptive sister the power of the Hawk God. Ogorg has the ability to be reborn into his infant body over and over again, essentially making him immortal (although he relives the same life). By going through the same life constantly, he has knowledge of the future and what’s to come, hence his nickname, “One Who Knows”. He also has your typical superhero powers like flight, super-strength and the ability to create force blasts.

While his powers could be swapped around, or changed altogether, I would be shocked if James Gunn deviated from Starhawk’s origin.

Here’s a great way to introduce a character like Stakar Osgord:

Yondu and his Ravagers steal the ancient artifact that gave Starhawk his powers. Once Stallone gets involved with The Guardians, he could warn them about Thanos (having seen him take over the Universe before), thus being the bridge between Vol. 2 and Infinity War. Perhaps that’s the reason why Stallone’s role has been kept under wraps; he would be the crucial connection between the events on Earth and the events in distant galaxies.

Should the rumors prove true, it’ll be interesting to see what the future holds for Sylvester Stallone in the MCU. If there are any Avengers connections, could we see Sly in next year’s Infinity War?

Also, Starhawk does have a long and storied career with The Guardians of the Galaxy, so if Stallone is playing the character, does that open the door for a larger role in Guardians Vol. 3? If today’s revealing proves true, the sky’s the limit for more Stallone in Marvel films. That makes me a happy person.

So, what are your thoughts? Were you hoping… or are you still hoping… that Sylvester Stallone is playing someone different? Do you believe in any of these rumors, or are they all products of Marvel to be used as misdirection? Let us know in the comment section below!