Home MOVIES Editorials Does Marvel Have a Problem with Women? 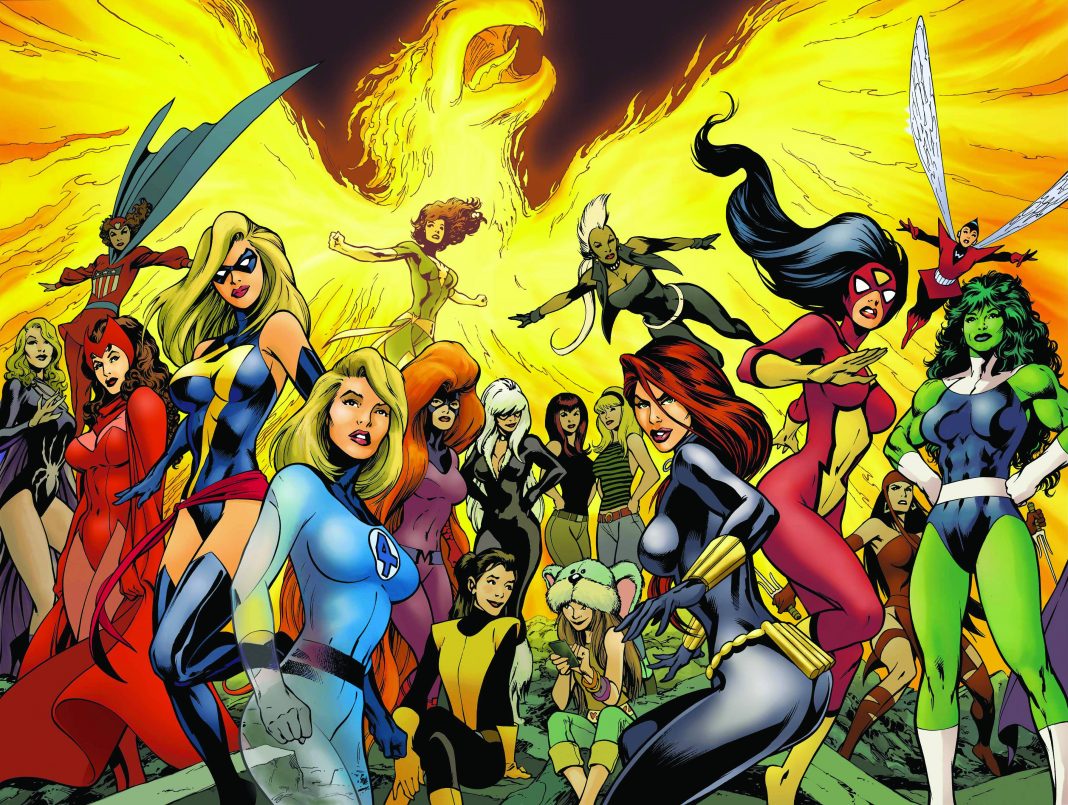 It’s a fair question to be asked. Does Marvel have a problem with women? It gets brought up from time to time. Considering there’s a world filling up with super-powered individuals, very few (and that’s putting it nicely), are women.

Apparently, there was going to be a female-centric MCU milestone at one point in Iron Man 3. That was until, as director Shane Black revealed to Uproxx, business got in the way.

Wowza. It’s crazy how close we were to an actual female villain in the MCU. Thirteen movies into the Marvel Cinematic Universe and there has only been one true woman antagonist: Nebula in Guardians of the Galaxy (and even she was just a sidekick to Ronan). Three years since the release of Iron Man 3, Black still seems a little miffed that his female villain was forcibly removed.

“So, we had to change the entire script because of toy making. New York called and said, ‘That’s money out of our bank.’ In the earlier draft, the woman was essentially Killian – and they didn’t want a female Killian, they wanted a male Killian. I liked the idea, like Remington Steele, you think it’s the man but at the end, the woman has been running the whole show. They just said, ‘no way.”

Clearly the logic on Marvel’s part was very dated. It doesn’t take much to realize the company wanted a male toy to sell to every young boy. They felt an Aldrich Killian toy would sell much better than a Dr. Maya Hansen one. So for the big screen, Guy Pierce was given a lustrous role… and Rebecca Hall was shot dead well before the film’s climatic battle sequences.

It’s not the first time Marvel has faced scrutiny towards women. Many were upset when Black Widow was visibly missing from Age of Ultron toy lines (The same issue followed Gamora and Guardians of the Galaxy). Director Joss Whedon even removed himself from twitter after receiving social media attacks for the Natasha Romanov “Spy Graduation” storyline in AoU.

Still, it seems Marvel has learned from their past mistakes and is on the verge on rectifying past transgressions. Even Shane Black mentioned on the Iron Man 3 decision, “that’s not (Kevin) Feige. That’s Marvel corporate, but now you don’t have that problem anymore.“ Since Kevin Feige assumed full control of Marvel Studios, a set in stone date for a Captain Marvel movie was announced (March 8, 2019)… and he seems fully committed to a Black Widow solo project. Perhaps the big screen MCU can take a cue from what’s been happening on the smaller screen.

ABC and Netflix have already been delivering some of the best female characters in the MCU. Netflix characters Jessica Jones and Elektra are proving themselves to be two of the most formidable characters Marvel has produced. Meanwhile, Agents of S.H.I.E.L.D. has allowed Daisy Johnson, Agent Melinda May and Bobbi “Mockingbird” Morse to be the muscle on the show. This is somewhat of a stark contrast to what we’ve seen in Marvel’s movies where top-notch actresses (Gwyneth Paltrow, Natalie Portman, etc.) serve primarily as damsels in distress. Then there’s Agent Peggy Carter.

The MCU has treated Peggy Carter the best. Even when she was first introduced in Captain America: The First Avenger, she was a tough as nails ass-kicker who struck fear into the heart of any HYDRA agent. Following her on Marvel One Shot… ABC greenlit a tremendous two seasons of Agent Carter (which was sadly just cancelled), depicting Agent Carter as a woman fighting to prove herself in a machismo-laden world. Agent Carter even gave us our true female villains with Russian Agent turned psycho Dottie Underwood in Season 1, and Hollywood starlet turned Dark Matter host, Whitney Frost. The women were front and center in what was one of the refreshingly different MCU offerings.

So with the TV side of things holding down the female fort, it’s time for the movies to follow suit. Included in Phase 3 are Captain Marvel’s solo outing… as well as Wasp getting involved in the title credits of an Ant-Man sequel. Further into the void could be a Black Widow project and who knows what else. Maybe a She-Hulk movie? There’s also the possibility of a Spider-Woman/Spider-Gwen project… or please… give us an Unbeatable Squirrel Girl movie!!! There are countless other characters that would make perfect big screen additions to the Avengers, so Marvel take note.

But seriously… a Squirrel Girl movie. Let’s get that added to Phase 4 immediately!!!