Home MOVIES Editorials Getting Joss Whedon Back in the MCU Fold 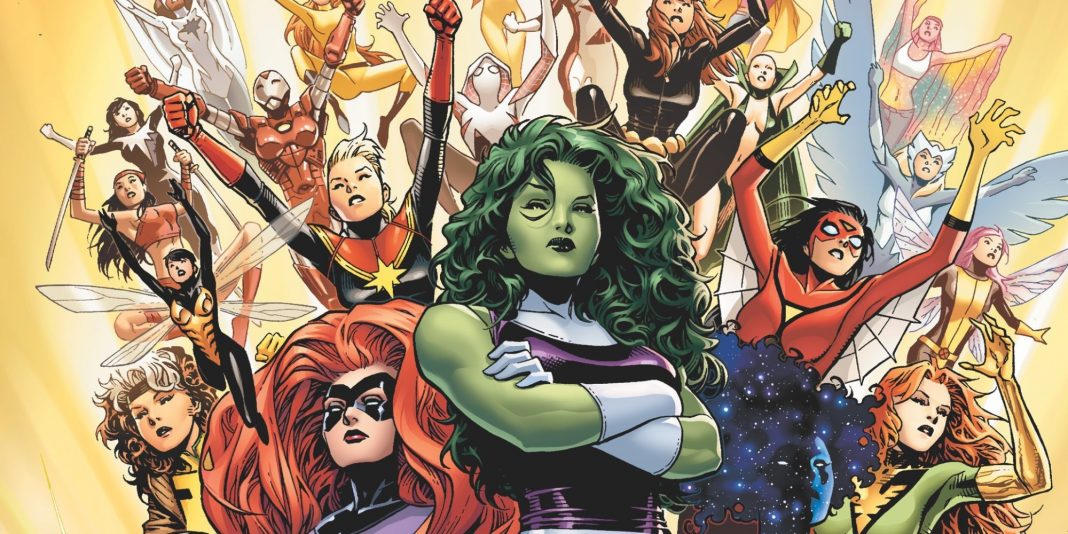 Joss Whedon and Marvel go hand-in-hand. He was the man responsible for assembling the Avengers, and officially got his “Geek Platinum Card” when that movie exceeded expectations. It’s crazy to think his time in the MCU might be done after only two collaborations. However, there could be hope on the horizon.

Now before we get into that, we need to discuss Age of Ultron. The movie tore up the box office yet divided fans and critics. The movie also broke Whedon, who said the process of making the second Avengers outing “beat him down.” Heck, he even said he came out a “miserable failure” after the movie. Yikes. That doesn’t sound like someone who would want to head back into the superhero genre.

Yet, in a conversation with The Wrap, Whedon talked about his hiatus from blockbuster superheroes… but also chimed in on his possible future with comic book flicks. Mainly, if he would be interested in any of the future, female-led films.

“Yeah, of course. Although I tend more towards the Jessica Jones-ey kind of stories than the delightful Supergirl stories that my daughter wants.”

Let the rumor mill begin swirling. Scream it from the mountain tops: Whedon would welcome a Marvel reunion!!  It shouldn’t be surprising; Whedon is one of the top minds behind the formation of the MCU, and maybe a lengthy break could’ve been what a Whedon/Marvel relationship needed. He also has a long resume creating content with strong female leads. If someone was going to take on a woman-centric superhero film, Whedon’s name should be at the top of the list.

But what movie could he take on? Some will jump right on Marvel’s first woman-led movie… Captain Marvel. However, that’s too soon to even consider even though Whedon spoke highly of Marvel Studios’ President Kevin Feige getting Carol Danvers involved in the MCU.

“Kevin Feige fought a mighty fight to get her on the schedule. So it’s a start. You could say that should be a middle, but it’s a start.”

A start that will hopefully continue for the foreseeable future. But where would Joss Whedon fit in? Well, let’s take a look at a few characters that should get their own “Jossified” spinoff.

Anytime you’re going to mention a Marvel spin-off, Black Widow is going to lead the charge. Feige is open to a Romanoff solo project, so why not let Whedon take the reins on it? Scarlett Johansson was a member of both Whedon’s Avengers lineups… and probably saw some of her best moments under his leadership. Plus, a spy movie could be right up his alley. He was responsible for the short-lived Dollhouse series which featured female secret agents. If Whedon does want a gritty Jessica Jones project, then a Romanoff movie might be his best option.

A vengeful daughter of Thanos. Joss Whedon returning to space. The stars are lining up here! Let’s say when Infinity War rolls around, not all the Guardians of the Galaxy are included. If Gamora sits that battle out, she should be entitled to her own adventure. Enter Whedon, who can have the assassin lead her own ragtag group (Firefly fans, are you with me?). Zoe Saldana is more than capable of leading her own movie, and perhaps Whedon could be the director to give Gamora her moment in the sun (or suns if you’re on Xandar).

Maybe you don’t need a spinoff for a current character. Perhaps you delve into the deep Marvel archives for a superhero we’ve yet to see on the big screen. Let’s start with Jennifer Walters, also known as SHE-HULK. Joss Whedon is responsible for getting the Hulk right by bringing Mark Ruffalo on board (no offense Ed Norton and Eric Banner). With Whedon handling Bruce Banner correctly, imagine what he could do with Walters. Joss clearly understands the gamma-irradiated characters, and could bring amazing action combined with heartfelt storytelling. She-Hulk could be a difficult character to bring into the MCU, but if there is one person I’d trust to give her a proper introduction, it’s Joss Whedon.

As the Sony and Marvel partnership evolves, expect a plethora of Spider-branded films to emerge; one of those should be Spider-Woman. Specifically, the Jessica Drew version. The story writes itself; Spider-Man emerges and Hydra wants their own version. They create and train Spider-Woman (a loose interpretation of her origin storyline)!!! The story can revolve around Drew as a Hydra agent before she gets herself straight, which leads to her joining the Avengers. This is a character Whedon can put his own spin on and really develop as a unique MCU character.

There are plenty of options should Joss Whedon decide to get back into the Marvel fray. I’m sure that if Whedon would want to write and direct a female Marvel movie, Kevin Feige would shoehorn that film into Phase 4 without blinking an eye. The ball is completely in Whedon’s court (and I think he knows it!!!).

So what do you think? Should Joss Whedon even consider directing another Marvel movie? If so, what characters do you want to see him tackle? Let us know below!