I have been waiting for this Justice League movie since forever, and now that I’ve seen it, I’m just…really conflicted.

On one hand, there was no lack of fan service here, with all the Easter eggs and references and the sheer joy of seeing our beloved comic book characters come to life on the big screen. On the other, the movie was certainly Joss Whedon-ed here and there, but it’s still very much a Zack Snyder movie, and it’s just like Batman v Superman all over again.

There were disjointed scenes that felt like the audience was being led through bits and pieces of channel surfing, and, as usual, it all just feels very, very, very rushed—which is understandable considering DC really did rush through all of these characters in a desperate attempt to catch up to the MCU.

It pains me as a loyal DC fangirl to say all of these things, but they are sadly true. I have to admit that Whedon’s entry into the film really did spice it up a bit, since the movie now actually has the color that a Justice League ensemble should have. The jokes were a nice touch, but no matter how funny a line is, I will just never ever be able to reconcile them with Batman (Ben Affleck). 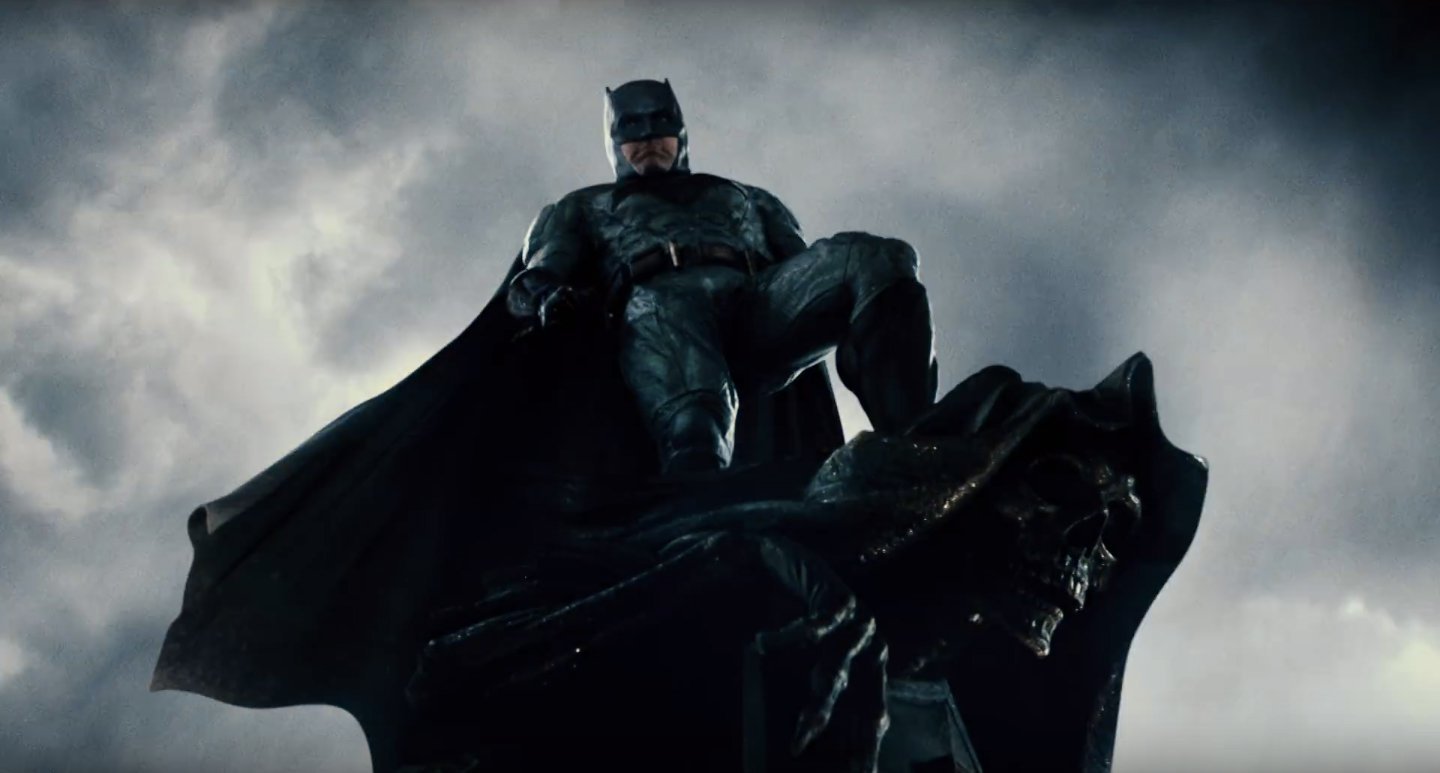 Which is one of my biggest issues with this film. The funny one-liners are a welcome breather into the Justice League movie, but the problem with the new DCEU is that they just don’t seem to know what to do with Batfleck. It’s like they want to find the right balance between the highly successful Lego Batman and the highly successful Nolan Batman, and it is a gargantuan task to find that sweet spot. He’s brooding and serious, yes, but he also has some light moments—the film just doesn’t know when those a

This new ‘Batman Who Quips’ is just too out-of-character for me. He’s not much of a detective here, either—where are his master tactician skill set and analytical prowess? Where’s the proof that he can pretty much take down any villain (and superhero) in the universe with just his obsessive preparation and his cunning plans?

Batman is supposed to be a true leader in the Big Three, but in this movie, he’s once again reduced to fighting measly thugs in the background. Where’s the Batman who singlehandedly charged against Darkseid himself in the comics and faced his omega beams? Being a huge Batman fan, I desperately hope they’ll be able to portray Batman properly in the next films to come.

Speaking of DC’s Trinity, Superman (Henry Cavill) still isn’t the symbol of hope they’re trying so hard to make him out to be. There is absolutely no hint of Big Blue in there, no trace of the Boy Scout we all know and love in the comics, and not an iota of being the supposed main hero of the DCEU.

His resurrection in the film was an abhorrent abomination that was handled poorly, and it left as bad a taste in my mouth as the Zod-neck-snapping thing. Superman and Batman are a duo that are supposed to play off each other in the comics, but in the movie, we just never really see that kind of bro-mance play out. 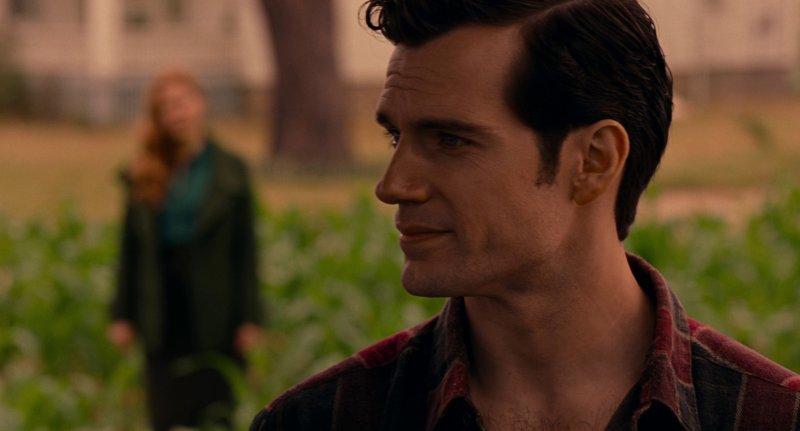 Still, the real loss in the film is the boring, one-dimensional, and poorly CGI-ed villain. Steppenwolf (Ciarán Hinds) doesn’t really pose much of an emotional threat, having just come out of nowhere as a measly plot point. It’s a shame because he’s clearly no match for the League, but they just had to make him seem powerful enough to give the League something to do.

I understand that they’re trying to pave the way for Darkseid and all that—which would be awesome—but it’s just too bad that we have to sit through a weak villain just so we can hopefully see the ruler of Apokolips come to life in the next films.

NOW. Now that all of my whining is out of the way, let me talk about everything that I absolutely LOVED about the Justice League movie.

The action scenes are TOP-NOTCH. I do believe that Snyder’s incarnation of Batman is great in the sense that he, if anything, does kick some serious thug butt, and his toys are jaw-dropping. He’s stubborn and is okay with going all suicidal because he knows he’s out of his league here and he’s just doing his best.

I still hate the fact that this whole Death of Superman thing happened because of him, but getting past that just lets me enjoy this flawed Bruce Wayne for who he is.

Diana (Gal Gadot), of course, is always stunning and a true wonder in every scene. Her fights are insanely good, and add that to the Amazonians on Themyscira and you’ll want to pump your fist and scream at the top of your lungs because you are thirsty for battle and want to fight with honor to the very last breath. 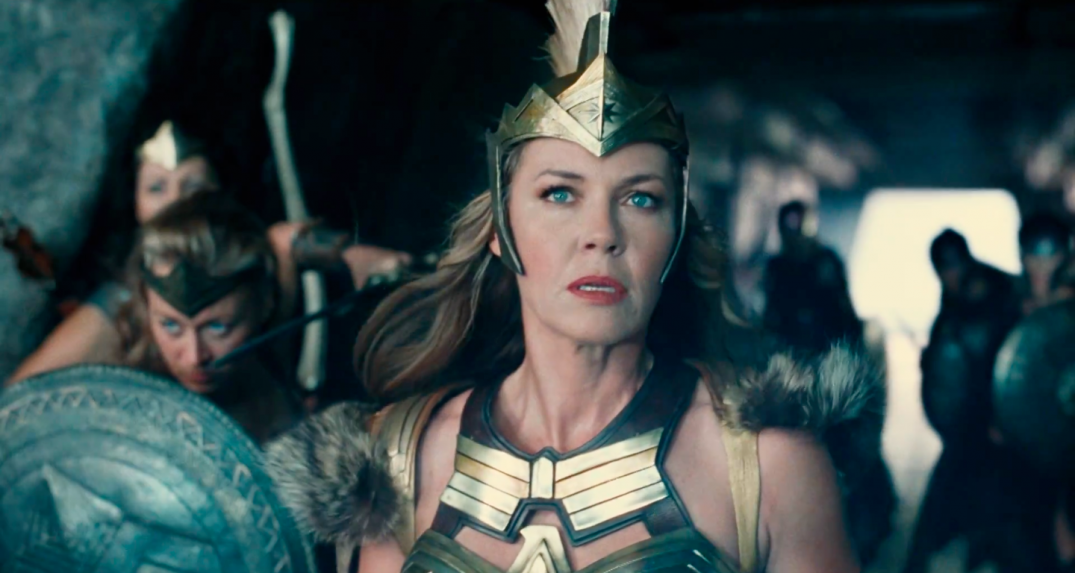 Every time the Amazons do battle, it’s just scene after scene of adrenaline-pumping ‘hell-yeah’ moments and visual delights. The Atlanteans didn’t really get as much screen time, but Mera (Amber Heard) doing her thing, even if it’s just for a few seconds, is a real fan treat.

Ezra Miller’s Flash is the real scene-stealer of the whole Justice League movie. Here, finally, we have a Flash done right (sorry, CW’s Grant Gustin). I say that because Flash is finally the Fastest Man Alive here, wherein he sees everything around him in painfully slow motion. 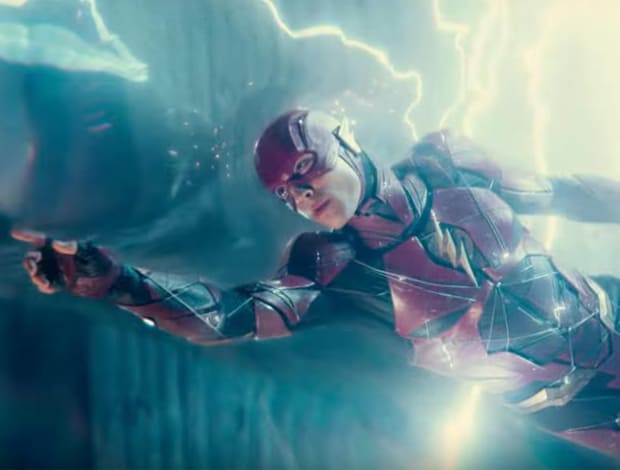 You really can’t pull one over him unless he’s not paying attention or is distracted or scared or not at a hundred percent somehow, because everything around him is just really, really slow. This is something I’ve always found irritating about The CW’s version of the Scarlet Speedster, but in the Justice League movie, they’ve finally done it right.

Even though he’s more like Impulse than Barry Allen, Miller himself is a delight as the character, serving as the comic relief that the film so desperately needs. Superman’s return is not much as we were never really given the chance to emotionally invest in his loss in the first place, but his true saving grace, for me, is his every scene with the Flash.

There are still plenty of 10/10 moments for me, but I can’t reveal them without giving too much away (Cameos! Cameos! Cameos! Two amazing post-credit scenes!). Ray Fisher’s Cyborg has the best character arc here out of all the members of the League, and Jason Momoa’s Aquaman was okay too—but there was really too much going on that I found it hard to really care for them as they’ve only been just introduced.

Still, conflicting as the film is, it is undoubtedly a fantastic starting point for the rest of the DCEU movies. Danny Elfman’s score infuses his own Tim Burton theme with John Williams’s 1978 Superman theme, as well as bits and pieces of Hans Zimmer and Junkie XL’s Wonder Woman riff.

While the Justice League movie feels a lot like Warner Bros. making course corrections and doing some intense fire-fighting from the failures of the past movies, and it’s nowhere near the awesomeness of the Wonder Woman summer blockbuster, it’s definitely a big improvement from BvS.

So, here’s hoping they actually do way, way, way better in the films to come, because we’re getting really tired of being disappointed.