Home MOVIES Editorials Spider-Man: Homecoming- What Worked and What Didn’t

With Spider-Man: Homecoming hitting theaters, we finally get to see what Marvel Studios can do with their marquee hero. Some of you may have read what Matt Amerling thought of the movie. I’ve seen the movie twice in IMAX. I thought it was great, so won’t go into a full review of the movie, but I will give you the meat and potatoes of what I thought worked and what could have been done better.

Simply put, Tom Holland is amazing as Peter Parker/Spider-Man. I really bought that his version of Midtown’s professional wallflower Peter was a high school kid. You really got a sense that he wanted to do more than his mentor Tony Stark (Robert Downey Jr.) was allowing him to do.

I enjoyed the montage of Spidey solving street-level crimes in the beginning. Holland’s iteration of Peter shined in the opening vlog of Peter’s trip to Berlin in Captain America: Civil War. The video really gave you a sense of his enthusiasm towards being Spider-Man, and that enthusiasm continued when he thwarted an ATM robbery.

Marisa Tomei as Aunt May

Marisa Tomei was a great Aunt May. It was nice to see someone play Aunt May who you bought as an aunt and not a great grandmother. I know Steve Ditko originally drew Aunt May as an old widow and her constant failing health was a plot device, but she looked like she died five years ago and rigor mortis was about to set in. Tomei shined in her scenes and her reaction to finding out Peter was Spider-Man gave the film a perfect, memorable ending.

Michael Keaton as the Vulture

Keaton gave his usual great performance. It was refreshing to see a villain with a relatable motive for his evil ways. He gave the long-time B-list Spider-Man foe an unexpected edge. Wouldn’t anyone do what needed doing to protect their family? Also, wouldn’t you want revenge if someone took your job? 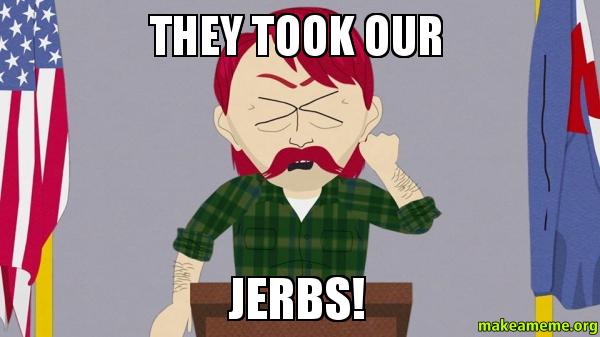 One other thing that worked was the approach to the movie: it was interesting to explore Peter Parker’s life as a high school student.

The Sam Raimi and Marc Webb films focused a lot more on the superhero aspect of Peter Parker’s life. Director Jon Watt brought something different this time, something heavily influenced by Ultimate Spider-Man which also focused on Peter as a high school kid.

The High-Tech Aspect of the Suit

While the suit itself looked great, what was on the inside bugs me. I know Spider-Man has the Webware suit in the comics now, but the point of the character was that Peter Parker was doing it all on his own.

Up until last year, Spider-Man never had artificial intelligence or GPS in his suit. I get they are trying to make Peter Parker the next generation Tony Stark in the MCU, but that takes away the spirit of Spider-Man. Peter is scrappy, getting by on his own and relying on his wits and skills to get out of jams. He functioned quite well without a high-tech suit. It’s kind of like painting a mustache on the Mona Lisa if you ask me.

I know director Jon Watts explained we already saw the wall-crawler’s Spider-Sense done well in the other movies, but that doesn’t excuse why it was absent alltogether in this movie. It’s one of Spider-Man’s key powers, a defining trait, if you will. To just say, “It’s been done before” isn’t a reason to dismiss it. That’s like saying, “Let’s not make the Flash run fast because people get that every week on the CW.” No, you keep it in. Maybe do it a little differently, but do it.

I get that we’ve seen Spider-Man’s origin twice cinematically. Yeah, everyone knows the story: “Peter Parker was a nerd, radioactive spider, yada yada, Uncle Ben dies and yada yada great power and great responsibility.” But to refrain from alluding to it was weird.

They could have had a throw-away line between Tony and Peter. Or even better, show the new origin in the opening credits like they did in The Incredible Hulk.

I also get that this is an MCU movie, but there could have been a little less of the universe’s presence. The Captain America segments were great, but maybe have a little less Iron Man in the movies.

Agree that Tom Holland was great as Spider-Man? Do you think I must really hate fun because the inclusion of MCU characters was a benefit and NOT a detraction? Hit me up in the comment section below!