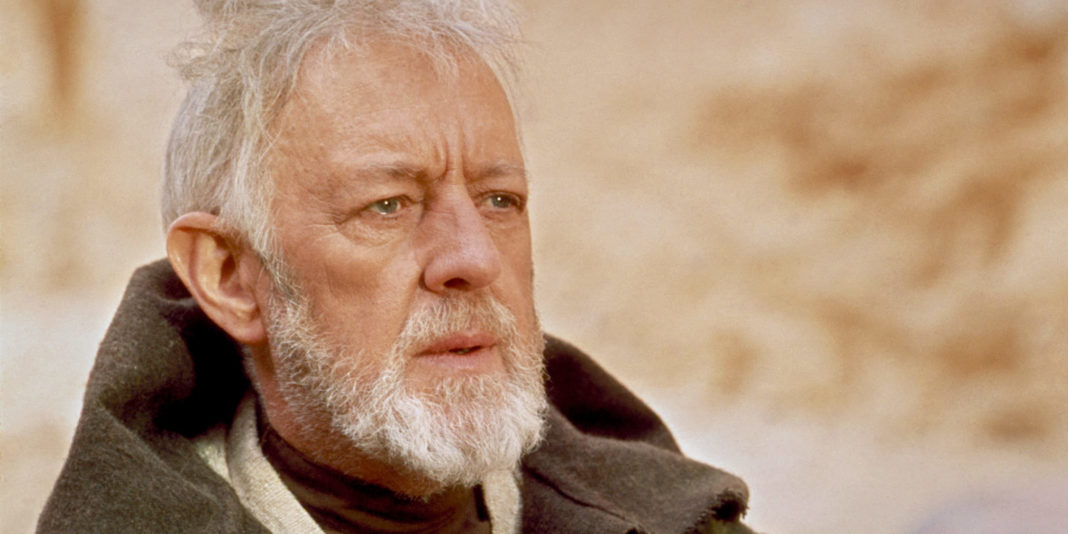 Well folks… it seems to be happening. After years of speculating and pondering, it seems Disney and Lucasfilm are ready to pull the trigger on additional anthology movies.  here will be a Boba Fett flick, a Yoda movie — which could be pre-or-post Clone Wars — and even a rumored Jabba the Hutt feature on the horizon. However, the real cream of the crop will be the spinoff most Star Wars fans were wishing for.

This is amazing news. The Hollywood Reporter got the scoop, which also told us that Oscar-nominated Stephen Daldry is in talks to bring the Jedi Master’s continuing adventures to life. Throw in the fact that Ewan McGregor seems enthusiastic to reclaim his lightsaber, and the stars appear to be aligning for the perfect Star Wars blockbuster to follow up next year’s Ron Howard-led Han Solo movie.

While this is great news… fans should still be weary. A movie about the legendary smuggler and another about stealing the Death Star plans are great spinoffs ideas. Through the original trilogies, we received tidbits of the history of Rogue One and Han Solo that were (or will be) fleshed out in those respected movies. However, Obi-Wan Kenobi is a different subject.

There were 19 years between Revenge of the Sith and A New Hope. When we last saw Kenobi in Episode III, he was handing off an infant Luke to Uncle Owen and Aunt Beru. Now, there are nearly two decades of time left before he turns up again (which is actually an appearance in Rebels during a showdown with Darth Maul). Both of those appearances were on Tatooine. So, now we need to figure out what he was doing on that desert planet for all those years.

There are plenty of paths Kenobi could have traveled on The Outer Rim, but as far as I’m concerned, there are only three journeys that Disney and Lucasfilm should take when creating a solo Obi-Wan Kenobi movie.

So,The Three Ways to Make an Obi-Wan Kenobi Movie let’s just assume that in those 19 years, Obi-Wan Kenobi never leaves Tatooine. Well, the movie isn’t going to be about Kenobi kicking up sand all that time waiting for something to happen. Instead, turn the movie into a full-blown space western.

Tatooine is a wretched hive of scum and villainy. Much like the old John Wayne classics, Obi-Wan can arrive with the wind on his back, ready to clean up the planet to make it safe for a growing Luke.

Threats would be everywhere, from Sand People to podracing gangs and the occasional Bounty Hunter. There are plenty of villainous foes to choose from that would be perfect foils for Kenobi’s peace-keeping efforts.

A western-style Star Wars movie would be a perfect vehicle to bring in someone like Cad Bane to serve as the gunslinger opposite Kenobi’s Jedi Master skills. Star Wars has always tied in elements of classic western movies, so now is the time to go full out Shane (the ultimate western movie) and tell a proper intergalactic western complete with desert planet setting.

As someone who has an invested interest in an Obi-Wan Kenobi movie (I have honestly worked on a fan fiction story about post-Clone Wars Kenobi), I don’t to see his spinoff taking place completely on Tatooine. There is an expansive universe in the Star Wars realm and no movie should be relegated to another sandy setting. Instead, let Kenobi explore all of the cosmos as part of his plan… to kill Darth Vader.

How do you pull it off? It’s simple. Ten years after the events of Episode III and Order 66, an exiled Kenobi goes mad after seeing the torment and chaos being carried out by his former Padawan. So, Kenobi heads to Coruscant to kill him. Now, you’re going to have to get tricky with some elements of the story since Obi-Wan and the “artist-formally-known-as” Anakin Skywalker can’t actually meet up until their showdown during A New Hope. So, you use filler villains that stand in Obi-Wan’s way (perfect choice: The Inquisitors from Star Wars Rebels).

As Kenobi goes mad and loses his mind due to the vengeance he seeks, he’s going to need some redemption. Cue the holocron and the Force-ghost of none-other-than Qui-Gon Jinn.  That’s right… if you’re going to make a Kenobi movie, you need to work in Liam Neeson in some way, shape or form. Perhaps an Inquisitor can kidnap his daughter — Neeson hates when people do that.

So here comes the ultimate hypothetical plan: As of now, the Obi-Wan Kenobi spinoff movie is tentatively planned for a 2020 release date. That means it’s the first movie set to be released following the conclusion of the current rebooted trilogy. Considering Disney and Lucasfilm are going full Scrooge McDuck thanks to these movies, it’s hard to think they’re going to stop churning them out anytime soon. However, there were remarks made that indicated Disney will take a break from the Skywalker episodic movies once Episode IX is released.

While you can always count on spinoffs, someone is going to have to take the reins on keeping the trilogy dreams alive. That person is Obi-Wan Kenobi.

The outline is already there, too. If The Force Awakens was an updated incarnation of A New Hope, let a Kenobi trilogy follow in the footsteps of the new trilogy. Obi-Wan takes the Qui-Gon role as an elder mentor. By his side is a brash pseudo-Jedi who is looking to carve her path in the world. Did I say “her?” You’re darn right I did!!! That’s because it should be Ahsoka Tano filling in for Anakin Skywalker (without the whole turning to the dark side thing).

You could show Obi-Wan and Ahsoka leading an early version of The Rebel Alliance. The trilogy could begin with Tano and Kenobi rekindling their relationship — part two shows them going to war with The Empire, and part three ends with them going their separate ways. Kenobi heads back to Tatooine and Ahsoka ends right where her Star Wars Rebels cameo begins.

Nineteen years is a lot of time to fill and I don’t think it could be told in one story.  Perhaps the best option for Disney is to turn the story of Obi-Wan Kenobi into the next trilogy in the Star Wars saga. Either way, these movies need to incorporate Qui-Gon Jinn and Ahsoka Tano in some format to succeed (did I mention Rosario Dawson said she wants to play Ahsoka and would be perfect for the role?).

Could the Jedi Master be the best option for an additional Star Wars trilogy? Possibly. After all, he is the only hope!