Home MOVIES Editorials Where Do the Avengers Go from Here? Life After Civil War 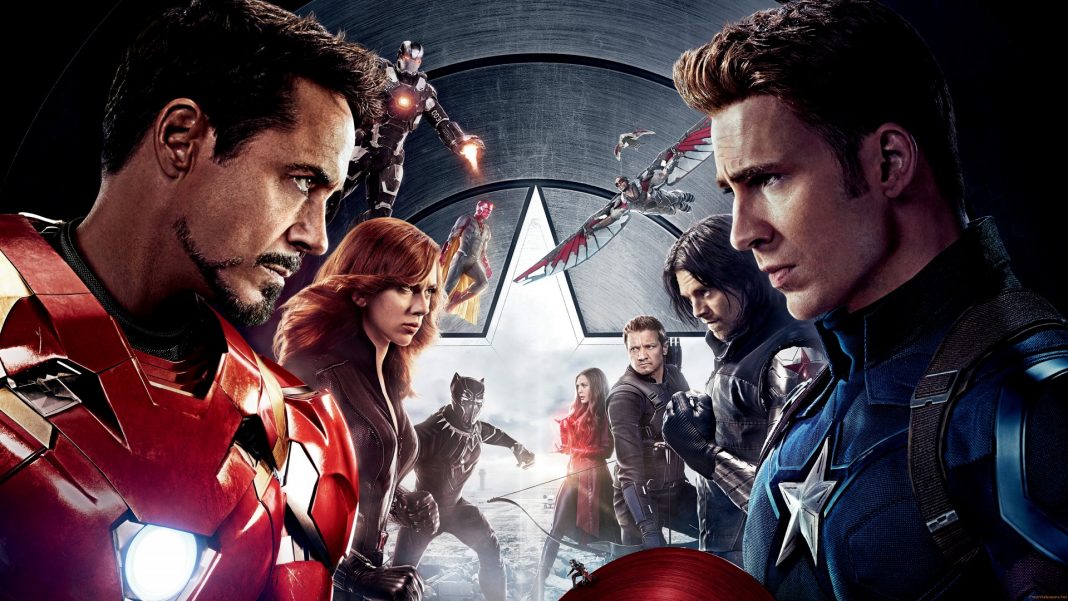 Well that escalated quickly. Captain America: Civil War dominated the box office and won over the hearts of fans and critics around the world. It was a nearly flawless movie experience that left us mouthwatering for what’s to come in the MCU. Why all the mouthwatering? Because Civil War did a lot to pave the way for the future of Marvel movies. There was the introduction of new heroes like Black Panther and Spider-Man, and new villains like Helmut Zemo (I refuse to acknowledge him as Baron) and perhaps even Everett Ross. With a bunch of new toys thrown into the mix, it’s fun to imagine how Marvel is going to move forward with its billion-dollar franchise. So, where do the Avengers go from here?

Now before I go any further, just remember there will be SPOILERS below for Captain America: Civil War. If you haven’t had the chance to see it yet, you may want to stop reading now. THIS IS YOUR WARNING!!!

-Where Does Cap Go from Here?-

So first let’s focus on the star of Civil War, Captain America. Steve Rogers is now a man without a home. It looks like he’s done being an Avenger and when we last see him… he’s hiding out in Wakanda. Could this be the last we see of Cap until Infinity War in a whole two years? It seems hard to believe, but that could be the case (that also includes his BFF’s Falcon and Winter Soldier).

The current Marvel slate doesn’t leave much wiggle room for a Captain America appearance. I doubt he’s heading to space, so cross out Guardians of the Galaxy and Thor. Doctor Strange will most likely be Avengers-free (with the possibility of a post-credits scene always in play). Plus, next year’s Spider-Man reboot already has Tony Stark; we don’t need Civil War Part II that soon. That leaves only one option…

-How Will a Black Panther Solo Movie Work?-

The last movie before Infinity War is the T’Challa solo outing, however I don’t expect it to be a Black Panther-only show. Most of the single character movies serve as an origin story, learning how the hero came to be. The problem with Black Panther is we saw him rise to the role of hero in Civil War, meaning his own feature can get right into the action. We also don’t need to be introduced to his likely antagonist, since we already got our first glimpse of Ulysses Klaw in Age of Ultron.

Chadwick Boseman’s T’Challa was a standout in Civil War, but it will be intriguing to see how a Black Panther movie works. With Captain America hiding out in Wakanda (along with a frozen Bucky Barnes), clearly the rest of the MCU will somehow be involved in the 2018 movie. Also, with Infinity War opening only three months after Black Panther… this is the movie that will most likely lead directly into the third Avengers outing. Wakanda might be a reclusive nation, but clearly the rest of the Marvel movie world will be making its presence known in the African nation.

Speaking of standouts, how impressive was Tom Holland’s Peter Parker? The action and humor Spider-Man brought to Civil War was just the cherry on top the movie needed. Anyone not excited to see Spider-Man: Homecoming next year… is a liar. Like Black Panther, we’re probably not getting a true origin story, which is great considering we’ve already had two Spider-Man introductions. Tom Holland doesn’t have to worry about getting bitten by a radioactive spider… it’s already happened to him.

Plus, Tony Stark is following him to Queens! While the rest of the Avengers are waiting in limbo –  possibly until Thanos arrives – Iron Man will be returning to the big screen in one year. Now, will Stark be just a mentor, or will he gets his hands dirty? There’s also the swirling rumors of a Daredevil or another Defender appearance. If any movie over the next two years is going to feature additional Avengers, it’s Homecoming. The best bet would be a wheel chair-bound James Rhodes wandering around Stark Tower. Anyone else would just be a guess.

-How About the Rest of the Avengers?-

With Cap, Bucky and T’Challa in Wakanda, and Stark and Parker in Queens, the rest of the Avengers are free to wander about until they’re needed to assemble again. The five upcoming Marvel movies don’t exactly open the door for a returning Hawkeye, Vision, Scarlet Witch or Ant-Man. Even the always reliable Black Widow (who is now full incognito knowing the government is after her) appears ready for an extended work break. So it appears our cast of characters from Civil War will off the Marvel map for awhile.

That leaves the door open for new characters like Doctor Strange, as well as the chance to head to the great beyond with Hulk, Thor, and The Guardians of the Galaxy. Still if there’s one thing we’ve learned, it’s that anything is possible in the MCU. Maybe Cap does swing by for a visit with Spider-Man. Could Black Widow continue to both gain the trust and betray T’Challa in Black Panther? We should never be surprised when one Marvel character shows up in another’s film.

What we do know is that we’re five movies away from The Avengers: Infinity War Part I (name-change coming soon). Eventually, every Avenger from Civil War (yeah, that’ll probably include War Machine) will be back on the same side to take on their biggest threat yet. So if more Avengers don’t pop up in Spider-Man: Homecoming, don’t worry. If Bucky remains a popsicle in Black Panther, that’s fine. We just saw 12 Avengers duke it out in one of the best action sequences ever put on the silver screen. These guys and gals deserve a nice rest before they’re all brought back into the fold.