Home MOVIES Editorials Who Will Be the Main Villain in Justice League Part One? We... 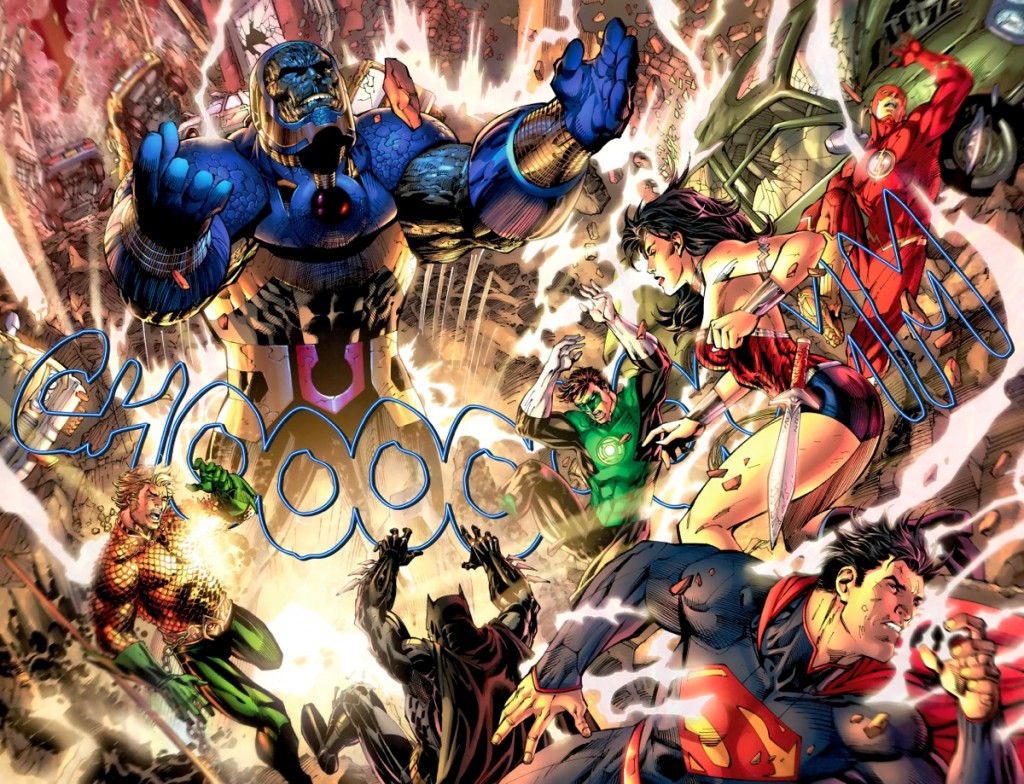 With Batman V Superman: Dawn of Justice rolling into theaters 3/25/2016, we’re preparing ourselves for the first cinematic, incredibly contentious meeting between 2 DC icons, and the very first look at a much larger DC universe inhabited by several more uniquely powered individuals. Yup. So, Batman V Superman introduces Batman, Superman and Wonder Woman – DC’s “Trinity”- but it’s also a narrative service placing several other DC characters into play via very slight, but very necessary appearances in BvS. Who are they? Oh, just classic DC comic characters integral to the formation of the Justice League. So, yes, this is the very beginning of the Justice League, which leads us to 2017’s Justice League Part One. In Justice League Part One, DC’s classic team is created to battle a threat that might be more than a match for Batman, Superman and Wonder Woman; this is a threat that might be revealed at the end of BvS and carried over into Justice League Part One. So, this has me considering the following question(s): who will be the team-attracting antagonist responsible for the Justice League’s formation? Or, to put it another way: who will be the main villain in Justice League Part One? I have 5 suggestions for you.

Firstly, take a look at this:

In the several “knightmare” flashback sequences riddled throughout Batman V Superman, Batman inhabits a very post-apocalyptic locale rife with familiar looking, flying demons and some horrifying, recognizable symbology that may portend the arrival of an evil, god-like, free-will hating, omni-powered entity (*gulp*). Yep, Batman’s currently checking out the symbol of Darkseid in the image above. AAAH!

If this is an accurate portent of things to come, the Justice League….might last about 6 minutes in their very first feature film.

With filming for Justice League Part One scheduled to commence in April, the film’s been granted its official working title (i.e., a pseudonym so production can commence in relative anonymity): Caveman. Well, it just so happens the murderous, immortal Vandal Savage was granted said immortality by a mysterious meteor waaaay back in 50,000 BC; he was a freaking caveman named Vandar Adg, leader of the Cro-Magnon Blood Tribe. Ugh. He’s brilliant, super-strong, and technologically savvy with the help of wealth, resources and experience amassed over centuries. He’s like the anti-Wonder Woman.

Good grief. WHAT? You mean he might not be handily dispatched in Batman V Superman: Dawn of Justice?? Damn it! Look, Luthor’s a serious, serious threat, and with Kyptonian DNA at his disposal there’s really no telling what he concocted in that little lab of his. Sure, we saw one Doomsday-looking fellow confront our heroes, but maybe Luthor manufactured an entire army of the g-darn things. One creature with the strength of Superman is already formidable, but 10? 20? 500 maniacal Doomsdays bouncing around? Yeah, it’s time to blow the satellite-sized, J-League whistle.

Starro the Conqueror was actually the very first threat faced by a unified Justice League in Brave and the Bold issue #28 (1960). He’s a giant, hive-minded, space-traveling starfish who launches an almost unlimited swarm of reduced selves at his soon-to-be-subjugated victims. These smaller Starros latch onto the faces of their prey to enslave the body and overtake the mind. Yep; you get one of these strapped to your jib and it’s ‘goodbye freewill,’ and ‘hello enslavement’ to the core mind of a power-hungry starfish from outer space. Ugh.

Really?? Really. Sources have implied – heavily – that Aquaman’s presence will be more than a comfortable cameo in Batman V Superman. It’s also been implied that Aquaman’s a little upset over all that terraforming business during Man of Steel; it nearly kicked the complete and utter sh*t out of the Indian Ocean. So, maybe a historically passive Atlantis is so moved and effected by this destruction, it has no choice but to send an emissary (or 10,000. It’s a civilization, after all) and make damn sure those mouth-breathing surface dwellers cease blowing the crap out of everything! Furthermore, if they find out the actual persons responsible for said destruction and their racial link to Superman? Well, let’s just say Batman V Superman may quickly change to Aquaman V Superman in the flick’s final, 37 seconds. Ugh.

Okay, that’s 5 potential villains for the Justice League to tackle in their very first, feature-length film. Any other ideas? Yes? Then let’s make this a list of 10 suggestions; I’ll just need your help picking the final 5.