Home COMICS Nothing Overlooked: An Interview with Jae Lee 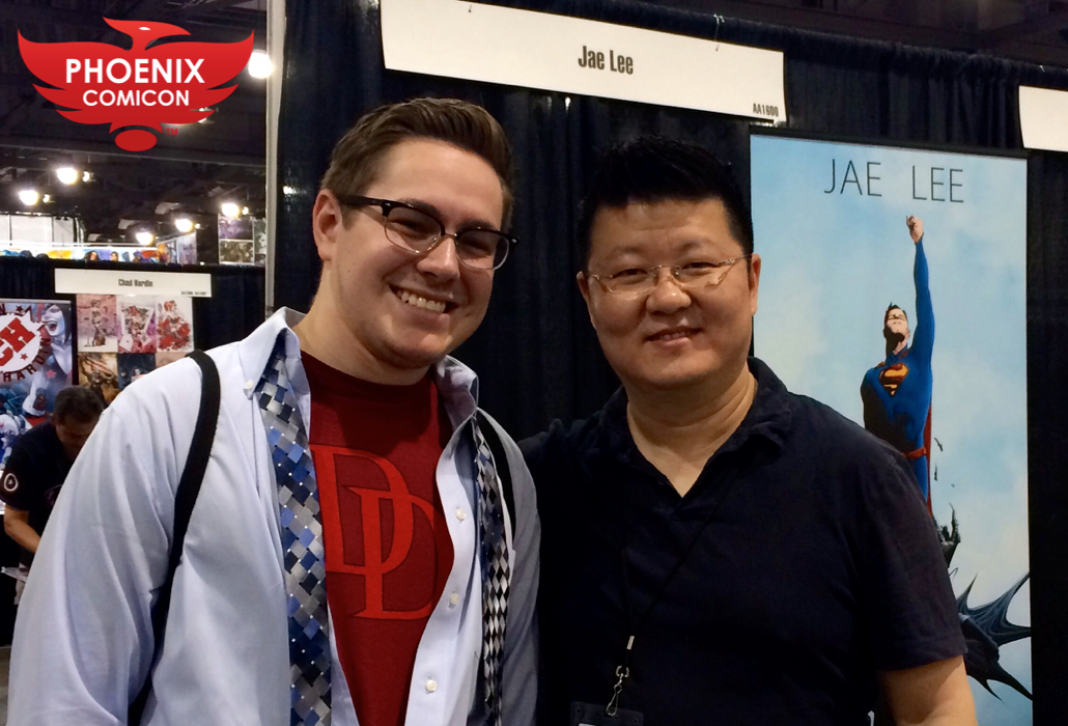 Thankfully, one of these guests was the revered Jae Lee, who gained prominence in the industry through his work on Namor the Sub-Mariner. From there, he went on to join Image Comics, where he wrote and illustrated his own book, Hellshock. Yet, he is most recognized for his award-winning work on the Inhumans with Paul Jenkins. Since then, Lee has also worked on the Dark Tower comic series, Before Watchmen: Ozymandias, and Batman/Superman. You can keep up with all of his work on jaeleeart.com.

In-between numerous commissions, the award-winning artist took a few minutes to discuss his work with me, from the Inhumans and Namor to his unique artistic style.

I started our short time together by asking him about his inspirations:

What comic – if there was one specific comic – made you want to be an artist?

“That would have to be Secret Wars,” Jae replied. “Issue #2, when I saw that on the stands as a kid, I was blown away because I would spend a lot of time hanging out at 7-Eleven, looking at all the comics, but I couldn’t afford to buy all of them. And then here came this comic that had almost every character in the Marvel Universe during that time in one book, so I had to buy it.”

That’s a good one! It really is! Did it help to shape your style as an artist at all?

“I was very young. I was trying to emulate John Byrne and Mike Zeck, and then as I grew older, I picked up different influences. Things kind of changed from there.”

Definitely! Your style appears to be very Gothic. How did it get to be that unique? How did you shape your style and find that voice in your art?

“It wasn’t anything I did intentionally. I just looked at stuff I liked and tried to pull influences where I could. It was all just a happy accident,” Jae replied with a giggle. “I didn’t mean to do any of it.”

Well it was great accident, especially since you are one of the best comic book artists out there. But we all start somewhere, and you started on Namor. What was it about that character that appealed to you?

“The fact that he was being written by John Byrne, my childhood idol at the time; I couldn’t pass that opportunity up. And I always thought he was such a cool character.”

Well he’s not the only character you made cool. You also made the Inhumans cool with Paul Jenkins! What drew you guys to do your famous, award-winning run with the Inhumans?

“Well, when Marvel Knights asked me to come back to Marvel, Joe Quesada called me up and said he was starting up this new imprint, and they asked if I wanted to do the Punisher,” Jae replied. Yet as he spoke, I could tell the Punisher didn’t excite his artistic interest. “But, I really wasn’t drawn to the character at the time. I wasn’t too crazy about the approach that they were taking [with] the character. They asked what I wanted to do. And my colorist at the time was Arubia, and we got on the phone – he’s a good friend of mine – and we just went through the Official Handbook of the Marvel Universe to see what characters that we were overlooking, that we could work on, that I could do. And when the Inhumans came up, I said, ‘Oh, that’s perfect!’ And so I asked Joe [Quesada] if we could do the Inhumans. He asked who I wanted to work with, and I really liked what Paul Jenkins was doing on Hellblazer at the time. So we called him up and invited him on the book.”

It was just that simple. An artist said, “No way,” took a look in a book, found some cool-looking characters, called up a writer, and an award-winning series was born. In the end, it just proves the testament of passion; artists and writers will always do their best when they have passion, inspiration, or love for what they are working on.

So other than the commissions you’re doing this weekend, what are you working on right now?

“I’m just doing a bunch of covers for DC, and later in the year, I’ll be on a book with Mark Millar.” This is VERY exciting considering the success Millar has had on books like Kick-Ass, The Secret Service (Kingsman), Wanted, Marvel’s Civil War, and Old Man Logan. By working with Jae Lee, I have no doubt that their book will be a hit.

Lastly, if you could go back in time and give any advice to the ‘you’ who just realized, “I want to be in comics,” what would you go back and tell yourself?

He and I both shared a few laughs. Who wouldn’t go back and buy Google, Microsoft, or Apple stock?

You can’t have Google stock and draw?

“Okay. I guess I would.” Jae paused again briefly, before adding, “I don’t know. I don’t know what I’d be doing. Really art is the only thing I know how to do, so I guess I’m stuck. I’m stuck doing this.”

Once again, we both stopped to laugh before getting serious.

“But I couldn’t ask for a better job. It really is a dream job.”

Just like that, my own dream was over. Interviewing one of my favorite artists was no longer a dream; I had done it. My dream had become a reality, and I could not have been happier. Jae was slightly quiet but informative. When he spoke, he chose his words carefully and formulated each sentence in his head before speaking, much like his art, which seems so cleverly laid out from the lines to the blend of colors. With artists like Jae Lee out there, it can be worrisome to others who may fear that Lee will swoop in with his Gothic style and take an underrated character or characters to super-stardom. Thankfully, Jae Lee is yet another humble artist just happy to be drawing for a living.

Don’t forget to check out the rest of Jae Lee’s work on jaeleeart.com and my other interviews from Phoenix Comicon 2016! 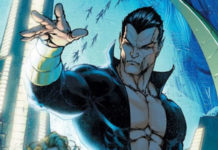